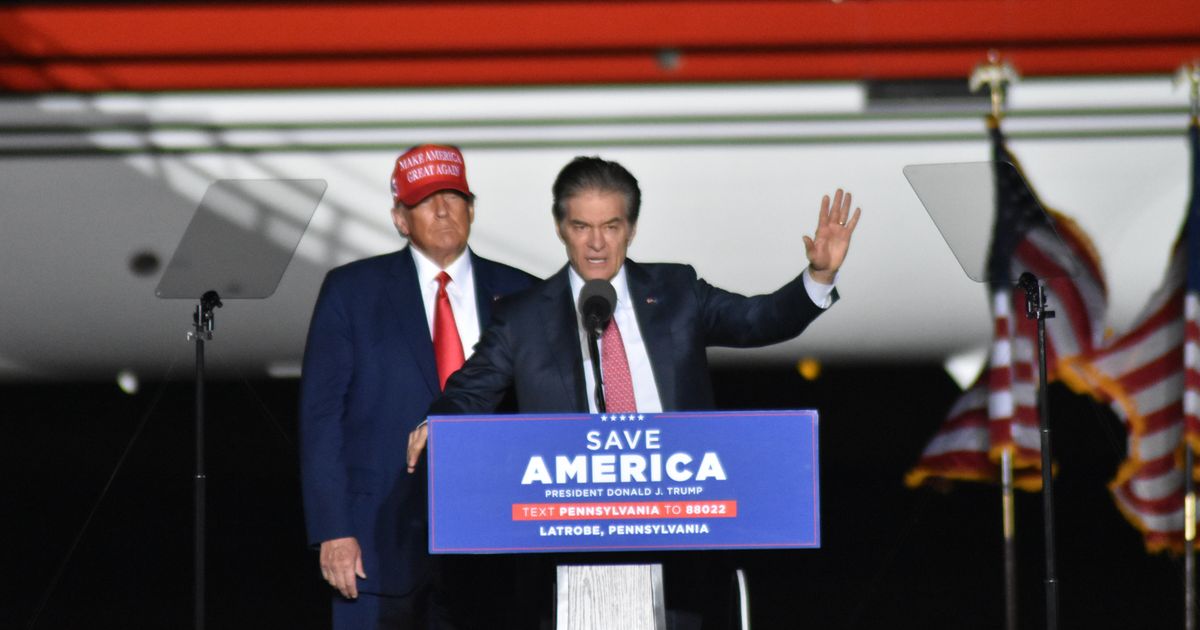 Mehmet Oz, the GOP nominee for the U.S. Senate in Pennsylvania, urged voters on Saturday to contact 10 other potential supporters ahead of Tuesday’s midterm elections.“Do it before the Steelers game,” said Oz, who was with former President Donald Trump at a rally in Latrobe. “Just find the time.”Oz has made some other poor play calls in his race against Democrat John Fetterman. Last week, the former talk show host suggested that Pennsylvania was on the Atlantic coast, prompting ridicule over his lack of familiarity with his recently adopted state. Oz, who was living in New Jersey, only began calling Pennsylvania home for his election bid.