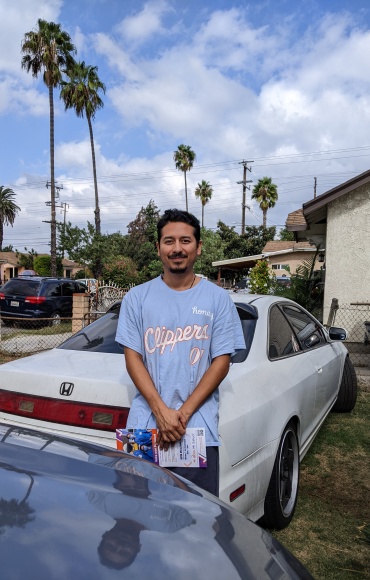 HUNTINGTON PARK, Calif. — Jonathan Flores spent a sunny Saturday in late October knocking on the doors of registered voters in this predominantly Latino working-class town in southeastern Los Angeles County. Most people weren’t home or didn’t come to the door. Some of those who did expressed strong opinions about Joe Biden and Donald Trump and took an interest in abortion rights and clean-air initiatives on the California ballot for the Nov. 8 election. One young man gave Flores the brush-off, saying he doubted his vote would be counted.

Like the other canvassers sent out that day by AltaMed Health Services Corp., a large chain of community clinics, Flores sported a black baseball cap and a T-shirt emblazoned with “My Vote. My Health.” Underneath, it read the same in Spanish, “Mi Voto. Mi Salud.” His mission was to urge residents to cast their ballots, even if they had never voted, so they could be fairly represented in city hall, Sacramento, and beyond.

“I feel like I’ve seen communities — people who look like me, like my parents — struggle through so much,” said Flores, 31, whose mother and father were born in Mexico and now live in the Central Valley. “So reaching out to them at the core of those issues is basically what got me doing this.”

Health care institutions across the United States have mounted get-out-the-vote efforts in recent years, inspired by a growing belief that voting improves the health of individuals and communities. The American Medic …