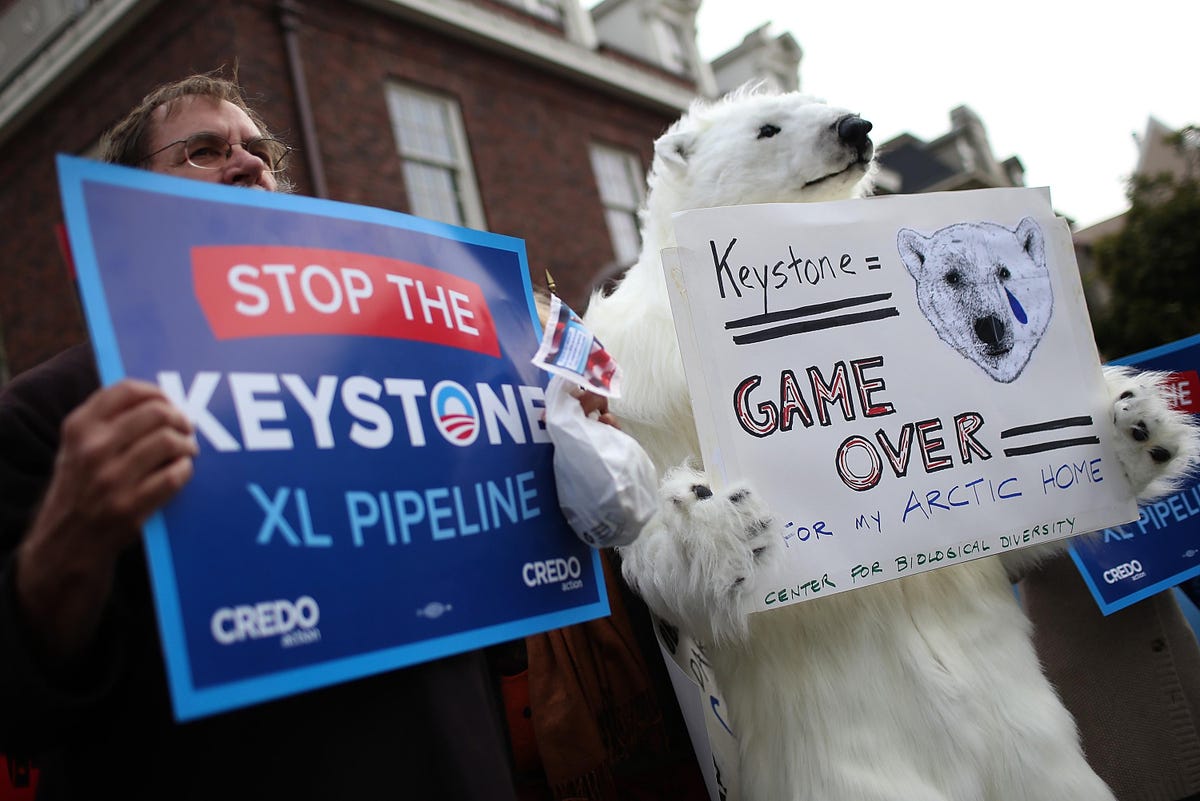 SAN FRANCISCO, CA – APRIL 03: Demonstrators hold signs as they protest near the site of a … [+] fundraiser on April 3, 2013 in San Francisco, California. (Photo by Justin Sullivan/Getty Images)Getty ImagesCognitive dissonance is rearing its ugly head as the many politicians who agitated against fossil fuels investment, production and consumption now complain about high prices. Sadly, this is not new as energy policies are often contradictory, sometimes for rational reasons but other times apparently due to inattention or sloppy thinking. Most commonly, every U.S. government has wished for lower oil and gas prices, but often taken steps that had the opposite effect.

Some policies were simply illogical or counterproductive in their design. Blocking the Keystone XL pipeline supposedly for environmental reasons meant that the oil would travel by rail, which had higher economic costs and environmental impact. But earlier examples abound, including the decision to prevent export of Alaskan crude oil since expediting the pipeline construction was considered crucial to America’s energy security. Blocking exports was more of a sop to pipeline opponents than a contribution to energy security, and the only result was to raise producers’ costs and thus reduce investment, production and jobs, as well as tax payments to the government. (All else being equal.)

Strangely, there have been numerous instances where governments were willing to pay more for imported energy than for domestic supplies. In the 1970s, the U.K. paid its gas producers a fraction of the price they offered for imported supplies until the Iron Lady, Margaret Thatcher, stoppe …