Ethiopia’s truce is a step toward ending civil war, but there are reasons for caution 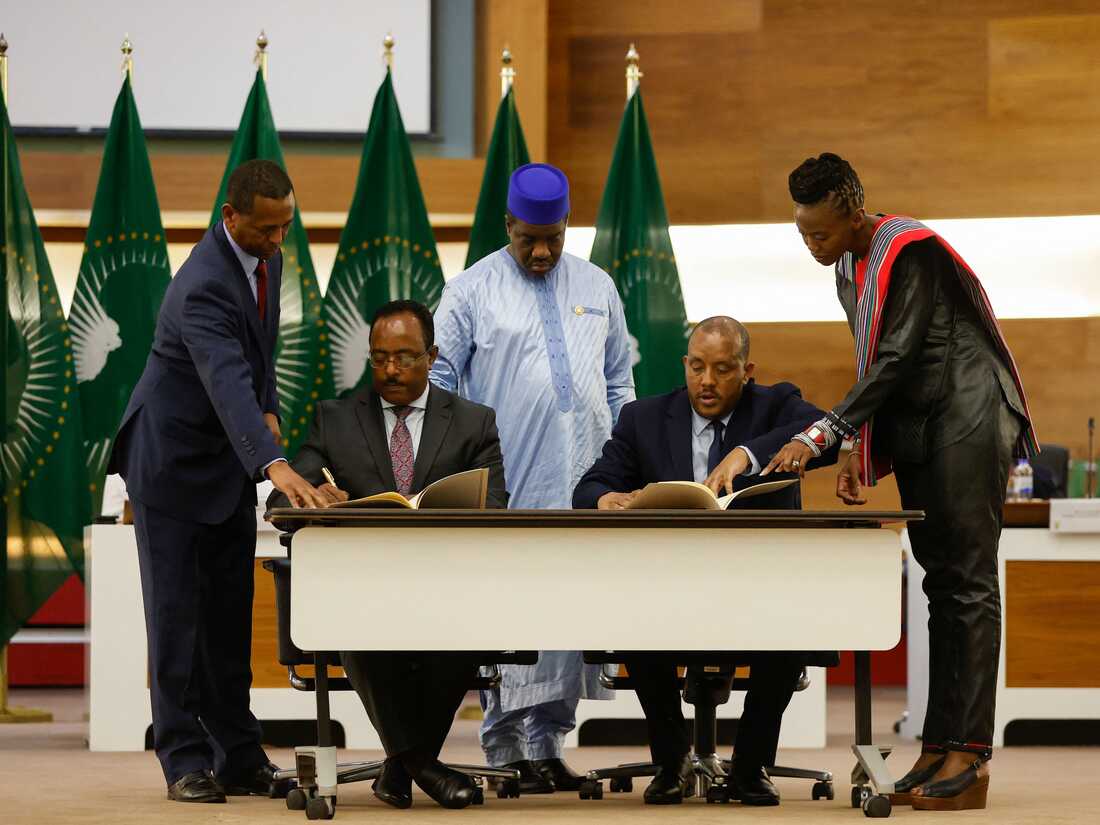 ADDIS ABABA, Ethiopia — Now that two of the warring parties in Ethiopia have signed a landmark peace deal, the world is watching to see if it will truly mean the end of one of the world’s deadliest conflicts. The deal was struck Wednesday as the war neared the two-year mark since fighting erupted in the Tigray region, in the early hours of Nov. 4, 2020. The fighting has killed hundreds of thousands of people, uprooted millions from their homes and devastated one of Africa’s biggest economies. At a ceremony in South Africa, mediators for Ethiopia’s federal government and rebels from the country’s northern Tigray region shook hands and posed for photographs, before sitting down to sign a permanent cessation of hostilities.

But one major player in the conflict — the neighboring nation of Eritrea — wasn’t involved in the negotiations, which raises questions about the lasting power of the truce. Here are a few keys to understanding the significance of the deal. Why did the war start? The outbreak of the war was followed by months of building tensions between the federal government of Prime Minister Abiy Ahmed and the Tigray People’s Liberation Front (TPLF), Tigray’s ruling party. The TPLF once dominated Ethiopia’s politics, at the helm of a coalition that ruled with an iron first for 27 years, but was ousted by protests in 2018.

These tensions came to a head when Abiy postponed elections scheduled for August 2020, amid the COVID-19 pandemic. When the TPLF went ahead with its own regional vote, Abiy suspended Tigray’s federal funding. Who fired the first shots is hotly disputed. Abiy’s government blames the TPLF for attacking a federal army base in Tigray, while TPLF officials say they were preempting an invasion of their region by federal troops and allied ones from neighboring Eritrea. Why did it intensify? Ethiopian federal troops and their Eritrean allies captured Tigray’s major towns and roads in the early days of the war, but they were pushed out of the region in June 2021 in the face of a guerrilla campaign from the TPLF. After that, the conflict spilled into the neighboring regions of Amhara and Afar. The Tigray rebels went on the offensive, coming within 125 miles of Ethiopia’s capital, Addis Ababa, late last year and sparking an exodus of Western diplomats. But they were forced back as strikes from hastily purchased government drones pummeled their overstretched supply lines. An uneasy truce in place since March had brought a pause to the fighting, but hostilities erupted again in late August, with federal forces making significant gains last month by capturing a string of towns in Tigray.
All sides have committed human rights abuses, according to investigators. Eritrean troops in particular waged a campaign of killings and gang rape when they occupied Tigray between November 2020 and June 2021. United Nations officials have concluded Ethiopia’s federal government has used starvation as a weapon of war by restricting aid access to Tigray, where 5.2 million people need aid. Thousands are believed to have died from starvation and the lack of medical supplies. Much of the war has been fought under heavy communications blackouts. Internet and phone lines are down to areas affected by the fighting and international media access is tightly policed, meaning little news leaks out of the war zones. Yet the conflict has mobilized vast numbers of troops, with the amount of combatants fighting on the eve of the peace deal estimated to be between 500,000 and 1 million combined. “In terms of international comparison, this is currently the largest conflict in the world right now,” says a Western diplomat, talking on background. What’s in the deal? In South Africa, Ethiopia’s federal government and the TPLF agreed to a permanent cessation of hostilities to end the bloodshed, according to their joint statement. They also agreed to restore services to Tigray and unhindered access for aid agencies. The TPLF has also agreed to disarm and demobilize its large armed force, while the federal government will restore its authority in the region by assuming control of its roads and airports. The implementation of the deal will be monitored by a team of experts overseen by the A …