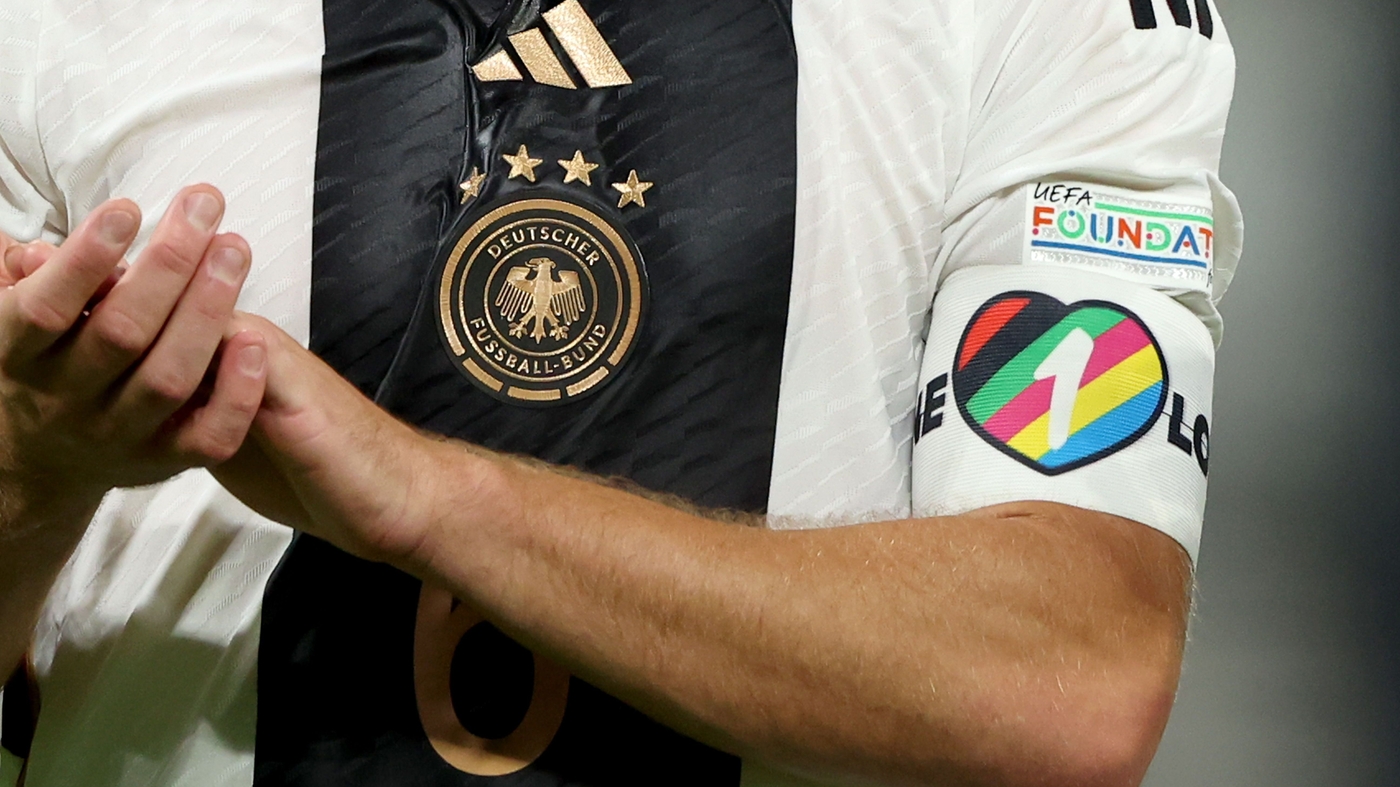 The captain’s armband, similar to this one, shown during a September game between Germany and Hungary. European national teams have told their captains not to wear it during the 2022 World Cup in Qatar.

DOHA, Qatar — A World Cup already filled with controversy added a bit more on Monday. Seven European national soccer teams – including England, Belgium, Germany, the Netherlands and Wales – announced their team captains would not wear armbands promoting diversity because they feared on-field punishments by tournament organizers during the 2022 World Cup. The teams planned for their captains to wear rainbow armbands with the words “OneLove” to promote LGBTQ rights. Homosexuality is illegal in Qatar. Now, the European countries have decided against it, saying FIFA, soccer’s international governing body, threatened the captains with yellow cards. That increases the risk of being ejected from a match or prevented playing in a later game if they accumulate a second yellow card in the opening group stage.

In a statement, the European countries said they were ready to pay fines, but: “We cannot put our players in the situation where they might be booked or even forced to leave the field of play.” Wales, which kicks off its World Cup tournament against the United States on Monday, tweeted, “We’re frustrated. We’re disappointed. But we remain with the belief that football is for everyone and stand with our LGBTQ+ members of the Welsh football family.” A group representing fans in England and Wales blasted FIFA: “Today we feel contempt for an organization that has shown its true values by giving the yellow card to players and the red card to tolerance.”

In a compromise, FIFA said captains of the 32 teams can now wear armbands with the term ‘No Discrimination’ – initially that had been planned for the quarterfinals.
…