Eurovision will now let fans in non-participating countries (like the U.S.) vote 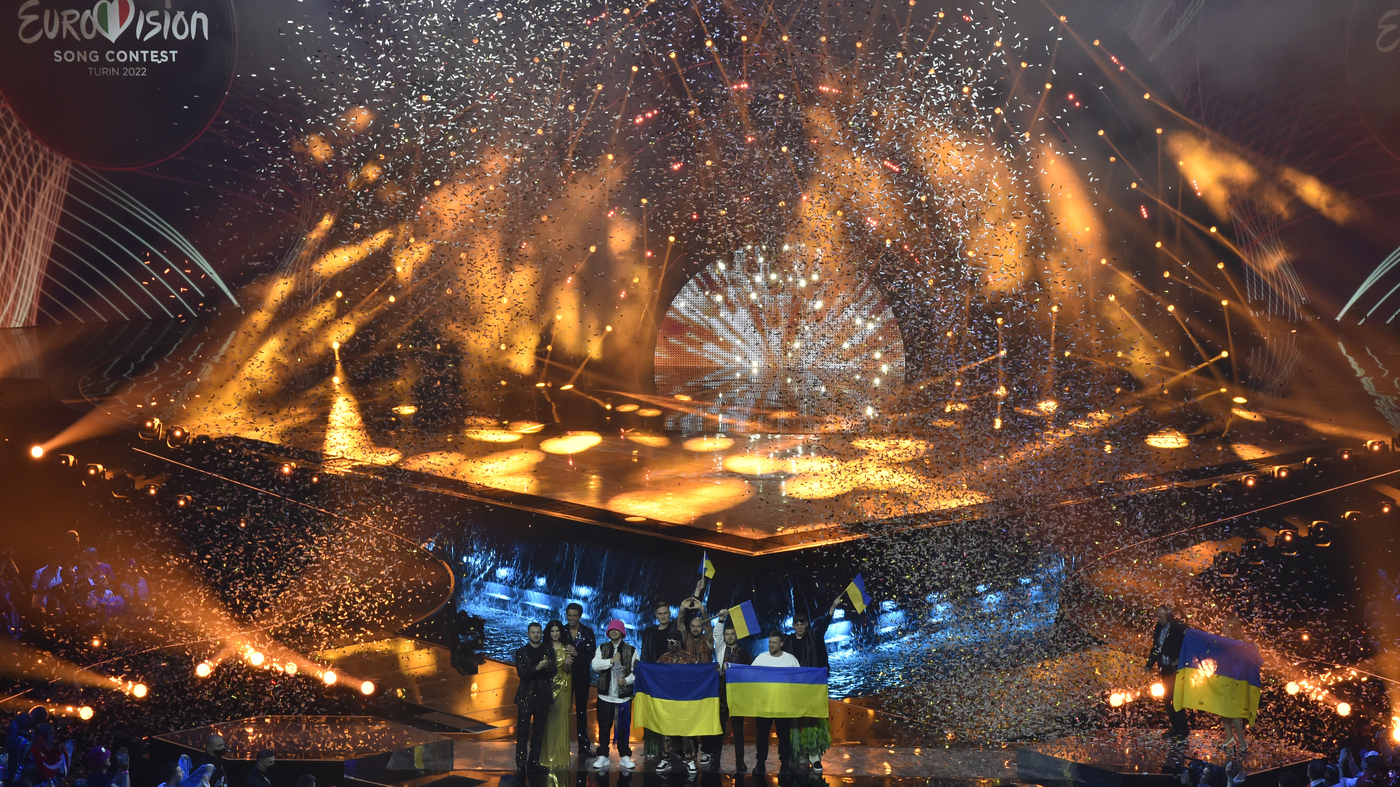 Ukraine’s Kalush Orchestra won the 2022 edition of the Eurovision Song Contest, held in Italy in May. Next year’s contest will be the first ever in which viewers from non-participating countries can cast their vote.

Fans of the Eurovision Song Contest who live outside of participating countries will be able to vote for their favorite acts next year, for the first time in the competition’s nearly seven-decade history. The European Broadcasting Union (EBU), which organizes the contest, announced the set of major changes on Wednesday. They effectively put more power in the hands of the voters while broadening the global electorate.

“Throughout its 67-year history the Eurovision Song Contest has constantly evolved to remain relevant and exciting,” Martin Österdahl, the Eurovision Song Contest’s executive supervisor, said in a statement. “These changes acknowledge the immense popularity of the show by giving more power to the audience of the world’s largest live music event.” Starting in 2023, only viewers will decide which acts qualify for the final (as opposed to a combination of jury and public vote, which had been the case for many years). Juries — composed of music industry professionals — will still cast votes for the final, which will be combined with the result of the public vote to determine the total overall score.

And, for the first time ever, viewers who live outside of the several dozen participating countries can vote online using what organizers call a “secure online platform using a credit card from their country.” Their votes will be added up and converted to points that carry the same weight as one participating country in both semi-finals and the grand final.

Eurovision representatives told NPR over email that a full list of eligible countries will be published at a later date, but confirmed that the U.S. is likely to be on it. “It’s foreseen that U.S. audiences will be able to vote online,” they wrote. Contest organizers say they are making these changes now in part because of “the unprecedented nature of the voting irregularities” seen in last year’s contest. Days after the most recent competition wrapped in May, the EBU announced it had identified “irregular voting patterns” in the jury votes of Azerbaijan, Georgia, Montenegro, Poland, Romania and San Marino. Montenegro, Romania and Poland have all pushed back on that accusation. An EBU working group made this recommendation after exploring ways to protect the integrity of the event. Organizers do not expect the new changes to drastically affect which countries qualify for the grand final: They say in an FAQ that they determined which countries would have qualified from the semi-finals between 2017 and 2022 using only the result from the general public.

“We saw that, in nearly all cases, when removing the Jury results from the calculation, 9 of the 10 qualifying countries from each Semi-Final stayed the same,” they said. The song that qualified for the grand final under the previous system — which “would have missed out if only public votes had been counted” — went on to finish at the lower end of the final scoreboard in most cases, they added. Organizers stress that many elements of the beloved event (which drew 161 million TV viewers earlier this year) will remain the same.
“By also involving juries of music professionals in deciding the final result, all the songs in the Grand Final can be assessed on the broadest possible criteria,” Österdahl said. “We can also maintain the tradition of traveling around Europe and Australia to collect points and ensure a thrilling voting sequence with the winner only revealed at the very end of the show.”

Thirty-seven countries will compete in next year’s contest, organizers say. Its semi-finals and grand final are set to take place in May 2023 in Liverpool, which placed second this year after Ukraine. While it is customary for the winning country to host the next contest, the EBU concluded earlier this year that Ukraine could not meet the “security and operational guarantees” required to put on the event due to its war with Russia (which organizers banned from competing after it invaded Ukraine in February). Kalu …