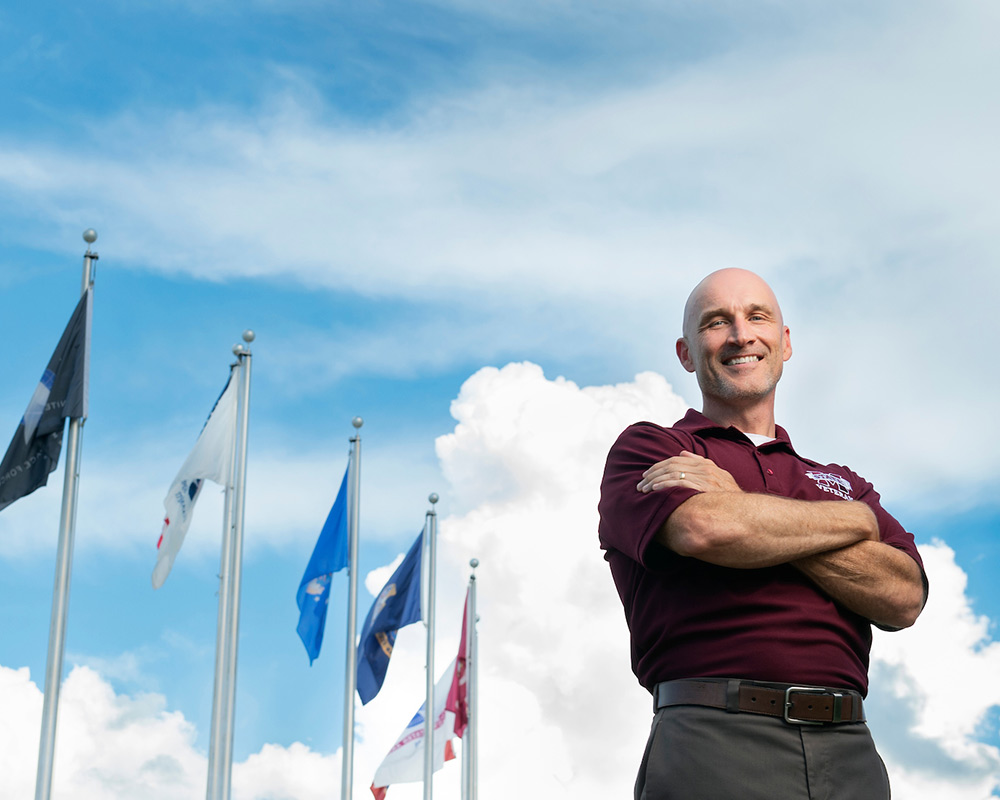 Contact: Harriet LairdSTARKVILLE, Miss.—As one of the nation’s most veteran-friendly universities, Mississippi State also is now the home of a “Veteran Champion of the Year.”
Brian Locke, MSU’s veteran and military affairs director, is among a select group of 22 nationwide named “Veteran Champions of the Year in Higher Education” by G.I. Jobs magazine. The publication, which features Locke on the cover representing these champions, is a leading source of job opportunities, education and transition assistance for veterans and military service members.
Chris Hale, the magazine’s CEO, said of this group, “They enrich the experience of student veterans and their families, ensuring they know how to use their GI Bill, how to pick their classes, navigate the campus and connect with resources they need—including other veterans.”
Locke was active in the Army for 23 years prior to joining MSU as the military science professor for the Army ROTC program and becoming director of the university’s G.V. “Sonny” Montgomery Center for America’s Veterans at Nusz Hall. He graduated with a bachelor’s degree in criminal justice from Middle Tennessee State University and a master’s in counseling and development from Long Island University in New York State.
Locke, who began his service in the Army National Guard, pointed to those wo …