Go Get a New Job Now, Before It’s Too Late – New York Magazine 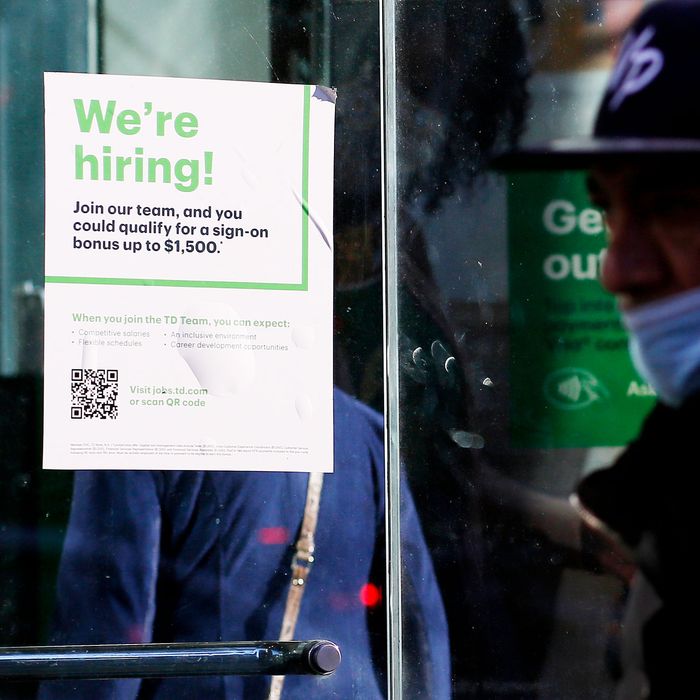 After four years at the New York City Department of Education, Humberto Cruz-Chavarria quit his job in July. “I loved my job,” he said, referring to his position as the head of multilingual education in the DOE’s early-childhood education division. But he began to believe that his best financial move would be to get a new job. He saw union fees and out-of-pocket insurance costs eating more of each paycheck, and he was worried that his government salary would not keep up with inflation. (There were intangibles too — he was not a big fan of the new mayor.) His job search paid off: When he started his new position at an education nonprofit, he got a 15 percent bump in pay, along with other benefits and perks that sealed the deal. The ability to work from home meant he wasn’t so anxious about violence on the subway, and he could spend a half-hour or so each morning walking his dog before starting work in the morning. “I feel like I have a comfortable life in New York City,” he told me. “Not only because of my pay increase, but also, my current employer has better benefits than what I got through the City of New York.”

This is what it looks like during the last days of the Great Resignation. Unemployment is near record lows, job openings are near record highs, and wages have been remarkably strong — all good things for employees eyeing a job change. People switching employers now are not only getting higher pay, they’re locking in pandemic-era (and worker-friendly) benefits as companies start to flex their muscle in real ways for the first time since the start of the pandemic. But before long, something will likely have to give. The Federal Reserve is planning to continue slowing the economy — generally not good for the labor market — by jacking up interest rates in an effort to tame inflation. Meanwhile, that same inflation is driving up the cost of living, with no end in sight. This means that the number of available jobs could start to dry up soon, wages could get less competitive, and the balance of power will shift back to the people making hiring decisions and setting salary levels. Which is all to say, anyone considering a job change might want to act fast.

Among the grim legacies of 2022 is that it will be the year that inflation went bonkers. In June, prices were about 9.1 percent higher than they were 12 months before, but even that 40-year-high surge obscured how much more expensive things like gas and groceries were getting. Something else has been happening, too: People started to notice that their friends and colleagues were all getting new jobs and that employers were yielding not only on pay, but on the kinds of benefits that made living and working such a hellish bala …