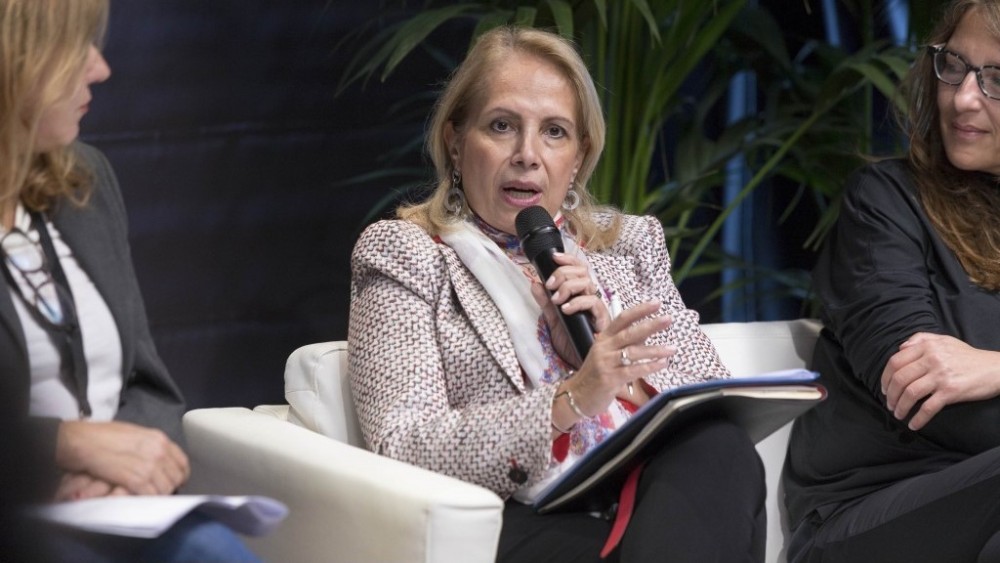 The Greek film industry is getting a helping hand from the Hellenic Development Bank (HDB), which has introduced a €62.5 million ($62.48 million) loan guarantee program aimed at the audiovisual sector.

Presented by the Audiovisual Producers’ of Greece (SAPOE) at the Thessaloniki Film Festival’s Agora Talks industry section, the program is specifically targeted at motion picture, video and television production, and computer game development.

The HDB offers a guarantee rate of 80% for low-interest loans of between €25,000 and €900,000 provided by partner lenders Piraeus Bank and Optima Bank.

Speaking to a crowded room of film and TV producers, HDB CEO Athina Chatzipetrou (pictured) explained: “It is the tool that finances your company, your company’s investment, based on a business plan, evaluated by the investment committee.

“You own a company, you are creative, you have your products, but you are also an entrepreneur, so you need to bear in mind that you need to check the basket of financial tools you can use. You have the cash rebate for the product; you can have this product for the investments, which goes directly to your business.”

Chatzipetrou added that producers also had other options from HDB that are not necessarily limited to the film and TV sector, such as its new €800 million Growth program aimed at facilitating company mergers.

“It is like Facebook for companies and because it is not only addressed to Greece, but to a wider European range, it becomes even more interesting.”