Here’s what happened on day 3 of the U.N.’s COP27 climate talks 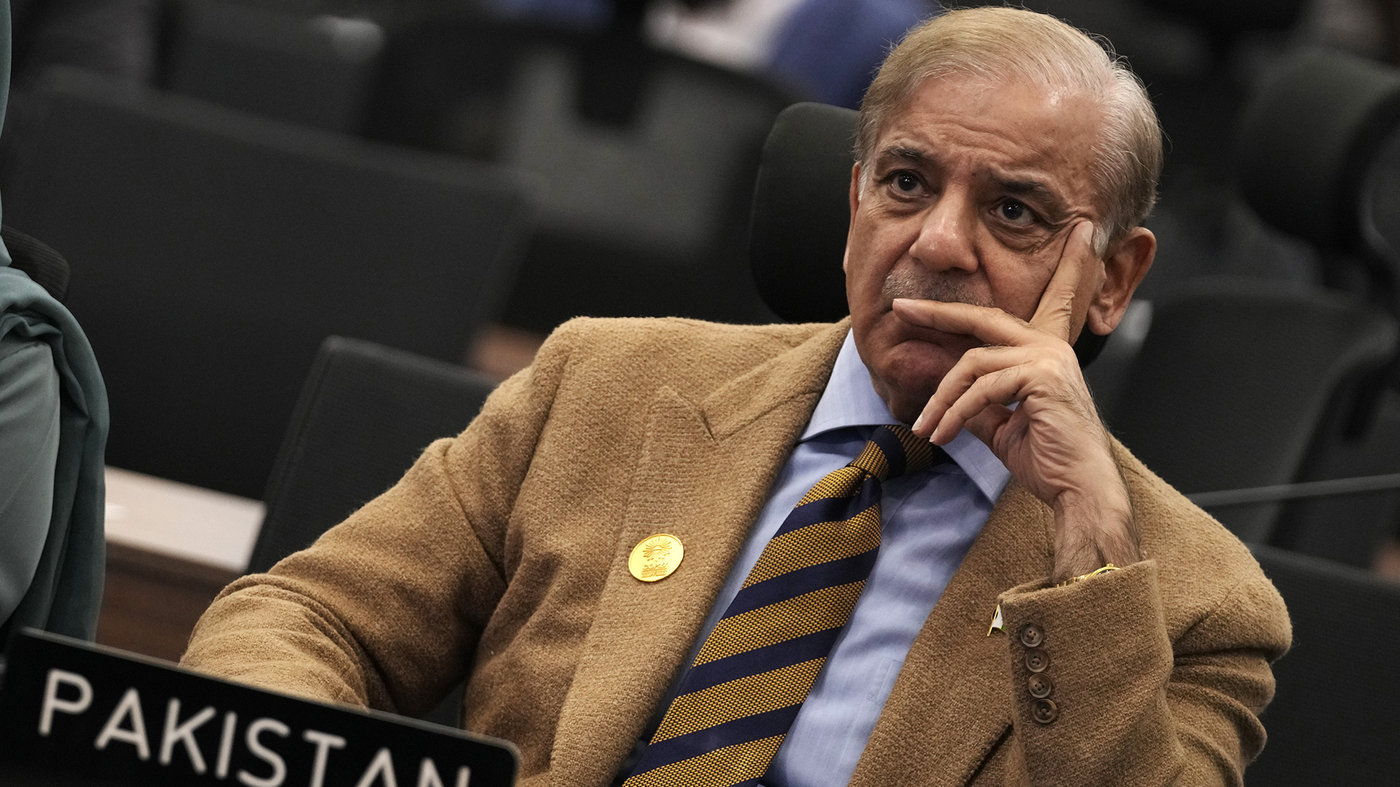 Muhammad Shehbaz Sharif, prime minister of Pakistan, listens to speeches during the conference. He took the stage today, as well, explaining the impact of catastrophic flooding in Pakistan this summer.

International climate negotiations rolled on today in the resort town of Sharm el-Sheikh, Egypt. The leaders of dozens of countries took the stage to describe how climate change is killing and injuring their citizens and hurting their economies. Scientists weighed in on how humans can adapt to a hotter planet. And the United Nations tried to crack down on companies that lie about how much they are reducing their greenhouse gas emissions. Pakistan’s Prime Minister sounded the alarm Prime Minister Shehbaz Sharif of Pakistan took the floor to deliver an opening statement on behalf of his country. He opened with the grim details of catastrophic floods that hit Pakistan earlier this summer. Thirty three million people were affected, he said, more than half of whom are women and children. In the southern part of the country, seven times more rain than average fell. “This all happened despite our very low carbon footprint,” Sharif told assembled world leaders. “And yet we became a victim of something with which we had nothing to do.

“This is simply unjust and unfair, to say the least,” he continued. Sharif called on world leaders to come up with a fairer way for the wealthy countries responsible for current global warming to help pay for the costs of climate disasters. U.N. takes aim at greenwashing The U.N. is trying to prevent “dishonest climate accounting” by companies and local governments that have promised to eliminate or offset their carbon emissions. Non-state actors like financial institutions and city governments will play a crucial role in getting the world to net zero emissions by midcentury, a group of experts working on behalf of the U.N. said in a report. To ensure they’re delivering on what they promised, groups that have made net-zero pledges must publicly report on their progress with verified information, the report says. The report also says groups that have made net-zero pledges should stop building or investing in new fossil fuel supplies, avoid buying “cheap” carbon offset credits instead of cutting their own emissions, and ensure their lobbying activities align with their climate commitments. “A growing number of governments and non-state actors are pledging to be carbon free. And, obviously, that’s good news,” says António Guterres, the U.N. secretary-general. “The problem is that the criterion benchmarks for these net-zero commitments have varying levels of rigor and loopholes wide enough to drive a diesel truck through.”
American elections cast a shadow over global talks Voters are heading to the polls to decide which party will control Congress, and the outcome could undermine the Biden Administration’s negotiating clout in the climate talks over the next two weeks. The U.S. has already committed to cutting its emissions 50-52% by 2030. The passage of the Inflation Reduction Act, which spurs the adoption of electric cars and more efficient buildings, is a major part of reaching that target and is already underway. “If there is change in leadership in Congress, Congress is not going to be able to pass a repeal of the Inflation Reduction Act,” says Dan Lashof, director of the World Resources Institute. “That is a key bedrock of federal policy and importantly, most of it is self-executing.” According to the new “America Is All In” report, the U.S. is on track to cut emissions 39% by 2030, but would need to phase out coal completely by then to achieve its goal. But a major negotiating item at COP27 is over how to increase funding for developing countries to help them adapt to climate change and pay for the damage from climate impacts. If Democrats lose Congress, Republicans will likely oppose any climate aid for poorer countries. Scientists say more research is needed ab …