Here’s what happened on Day 5 of the U.N.’s COP27 climate talks 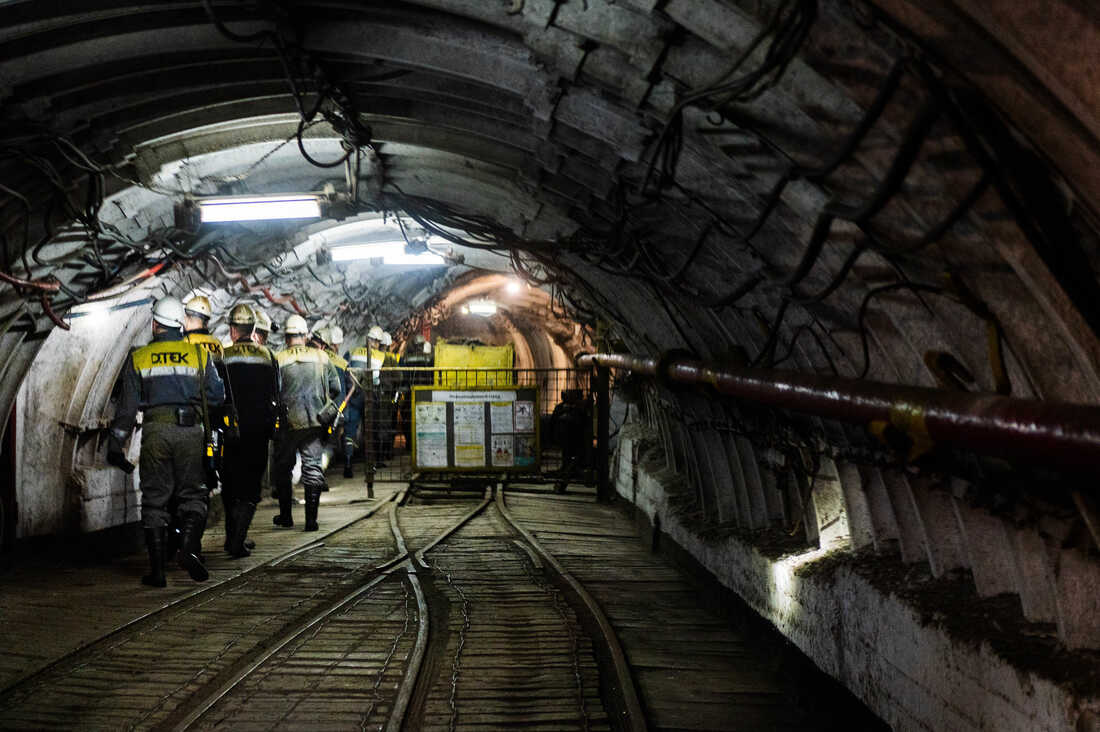 Workers at a coal mine in Ukraine start their shifts. Russia’s invasion of Ukraine disrupted global supplies of fossil fuels and led to more reliance on coal for electricity in some countries.

The war in Ukraine is driving a new push for fossil fuels, putting climate goals at risk With the war in Ukraine disrupting natural supplies to Europe, many countries have been scrambling to replace gas exports coming from Russia, often from nations much farther away. Those gas supplies are super-cooled into a liquid that can be loaded onto tanker ships. The tankers dock in the importing countries at huge facilities that turn their cargo into gas again to send through pipelines. Since the invasion of Ukraine, 26 of these massive facilities have been announced in the European Union, according to a new report from Climate Action Tracker, a climate think tank,. Extracting more natural gas to offset the losses from Russia could lock in fossil fuel use for decades. If the proposed terminals and others under construction now around the world come online, they could more than double the emissions from natural gas by 2030, according to the report. That could jeopardize any commitments that governments make in the COP27 negotiations to rein in the pollution driving global warming.

To keep the world’s goal of limiting warming to 1.5 degrees Celsius within reach, there should be no investment in new fossil fuel supplies, the International Energy Agency said. Members of Congress start to arrive Nancy Pelosi arrived in Egypt with a delegation of 13 other House Democrats, including the current chairs of multiple committees that work on climate policy. A delegation of Congressional Republicans are enroute to the talks as well. Congress passed a massive spending bill that puts more than $1.2 trillion toward infrastructure, including rebuilding roads and bridges to be more resilient to climate change, putting more electric vehicles on the road, upgrading public transit and expanding clean sources of electricity. But control of Congress is still up in the air after Tuesday’s election, and the future of U.S. spending on climate change also hangs in the balance. Among other policies, Republican lawmakers have argued against government funding of renewable energy, and in favor of investments in natural gas and other fossil fuels. Scientists say reliance on fossil fuels needs to plummet immediately in order to avoid catastrophic global warming later this century.

White House calls for federal contractors to disclose climate information The Biden administration wants big federal contractors to publicly disclose information about their greenhouse gas emissions and the financial risks they face from climate change, and to set targets for cutting emissions.
The U.S. government is the world’s largest buyer of goods and services, the White House said, and the proposed rule would make federal supply chains more efficient and resilient to the impacts of global warming. “Suppliers understand that you cannot manage what you don’t measure — tracking emissions and setting and meeting targets can increase resilience and reduce costs,” the White House said in a statement. The administration made the announcement a day before President Joe Biden is scheduled to speak at the United Nations’ annual climate conference in Egypt. Under the proposed rule, the largest federal contractors — those with annual contracts of more than $50 million — would have to disclose emissions from their own operations and from the energy they buy, as well as certain emissions from their customers and suppliers. They would also have to provide information about their climate-related financial risks, and set science-based targets for cutting emissions. Companies with annual contracts of $7.5 million to $50 million would only have to provide information about the emissions from their own ope …