Here’s what happened on Friday at the U.N.’s COP27 climate talks 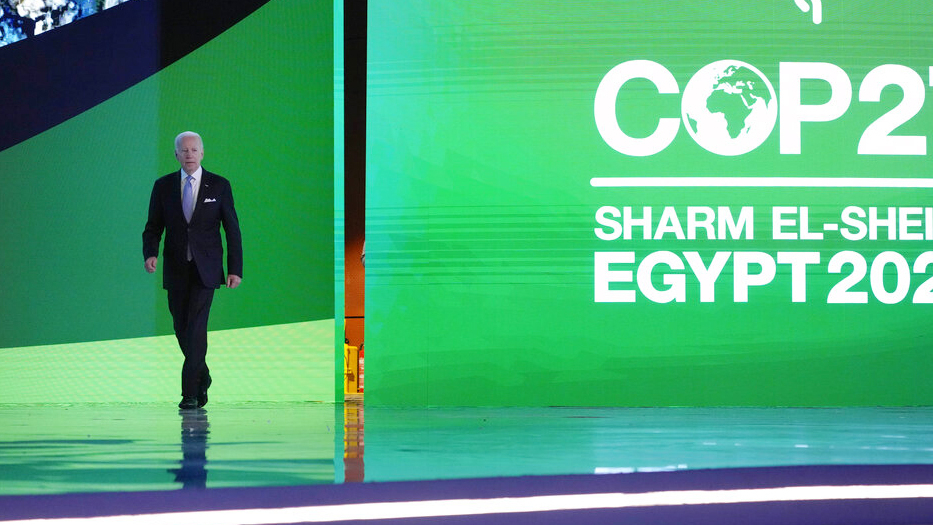 International climate negotiations are nearing their halfway point in Sharm el-Sheikh, Egypt. Today President Joe Biden made a speech and the United States announced a new proposal to clamp down on pollution from oil and gas operations. And there were some notable absences from the summit as well. Here’s what you need to know. President Biden spent about 3 hours at the summit President Biden arrived in Egypt today, made a speech and then left for G20 talks in Bali, where he will meet face-to-face with Chinese President Xi Jinping. In his speech, Biden said the United States is following through on promises to cut its greenhouse gas emissions. “We’re proving that good climate policy is good economic policy,” President Biden told a room of representatives of governments around the world. “The United States of America will meet our emissions targets by 2030.” The U.S. has pledged to cut its greenhouse gas emissions between 50 and 52% by 2030. The passage of the Inflation Reduction Act, which incentivizes electric cars and more efficient buildings, was a major step toward hitting that goal. Still, more will need to be done. Currently, U.S. emissions are expected to fall roughly 39% by 2030.

This year, U.S. emissions are projected to rise slightly. Read more about the President’s speech here. Top leaders from China and India are not at COP27 China emits more greenhouse gas pollution than any other country. The United States is in second place. Meanwhile, India’s emissions are rising quickly, and the country is now virtually tied with the European Union as the third largest emitter, according to a report released today by the Global Carbon Project. But the presidents of China and India are skipping this year’s climate talks. That makes it unlikely that either country will announce any major plans to cut emissions beyond their current promises. Representatives from China reiterated the country’s goals at the talks today: emissions will rise until 2030, then start falling until reaching net-zero in 2060. It’s been rated “highly insufficient” by the Climate Action Tracker, a site that weighs how countries should be cutting emissions …