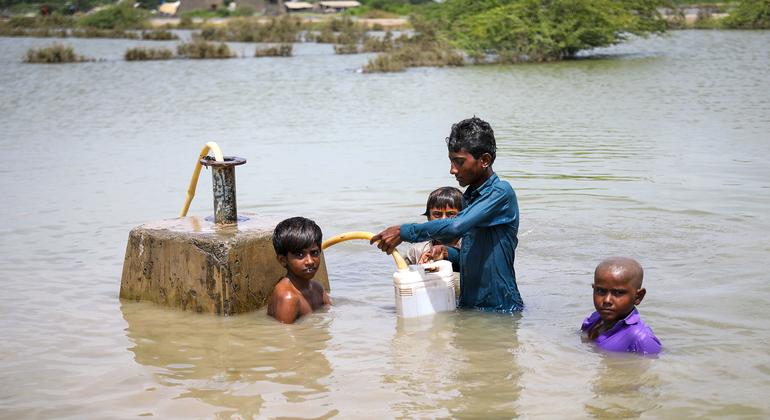 The top rights official has written an open letter calling for human rights to be at the heart of efforts to tackle climate change.“The outcome of the upcoming UN Climate Change Conference – COP27 – starting this weekend in Egypt, is critical for people’s effective enjoyment of human rights around the world, not just in years to come but now”, he said.

“People are losing their homes, their livelihoods, and their lives. Given the current trajectory of temperature increases, many parts of the world will be uninhabitable within our children’s lifetimes, with unimaginable consequences”.

Mr. Türk said the injustice being wrought by global warming was now catastrophic: “Look at Pakistan, where the recent flooding affected more than 30 million people. It will take years to rebuild and to even begin to understand the fallout from this single disaster.”

He warned that such disasters were likely to become “a recurring nightmare for people across the world if we do not take dramatic, rights-based action to respond to climate change, minimise its impacts, and address the human suffering it has already caused.”

He said it was significant that this year’s UN Climate Conference, COP27, being hosted by Egypt on the Red Sea coast, was taking place on a continent where millions on the climate change frontline are just victims, not contributors to rising emissions.

“The people of Africa are among those suffering the greatest consequences,” he said.