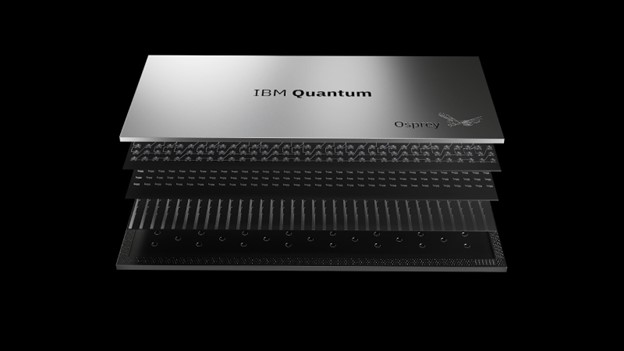 With conventional computing silicon, computing performance is often a function of clock speed and thread processing capabilities. For quantum computing, to date, the qubit has been the defining metric and it’s a number that keeps getting bigger.

A year ago, IBM announced that it had developed a127-qubit processor codenamed Eagle. Today at the IBM Quantum 2022 Summit, Big Blue announced a four- fold increase with its new Osprey Quantum processor, which can deliver 433 qubits. IBM’s goal is to build increasingly larger systems that by 2025 that will be able to scale up to over 4,000 qubits. More qubits mean more powerful, larger computation.

The new Osprey processor along with the systems that support and enable it are key milestones on IBM’s  path to more powerful and practically useful quantum technology.

“Some of the really exciting technologies around Osprey are really not so much in the qubit chip itself is but rather what it takes to get the signals into and out of our qubits, which are based off of a superconducting technology,” Oliver Dial, chief hardware architect, IBM Quantum, told VentureBeat. “We use superconducting transmon qubits and basically they store their quantum information in a microwave photon.”

For the layperson, what the Osprey qubit innovation means is that IBM can now …