In a setback for Putin, Russia says it’s withdrawing from a key city in south Ukraine 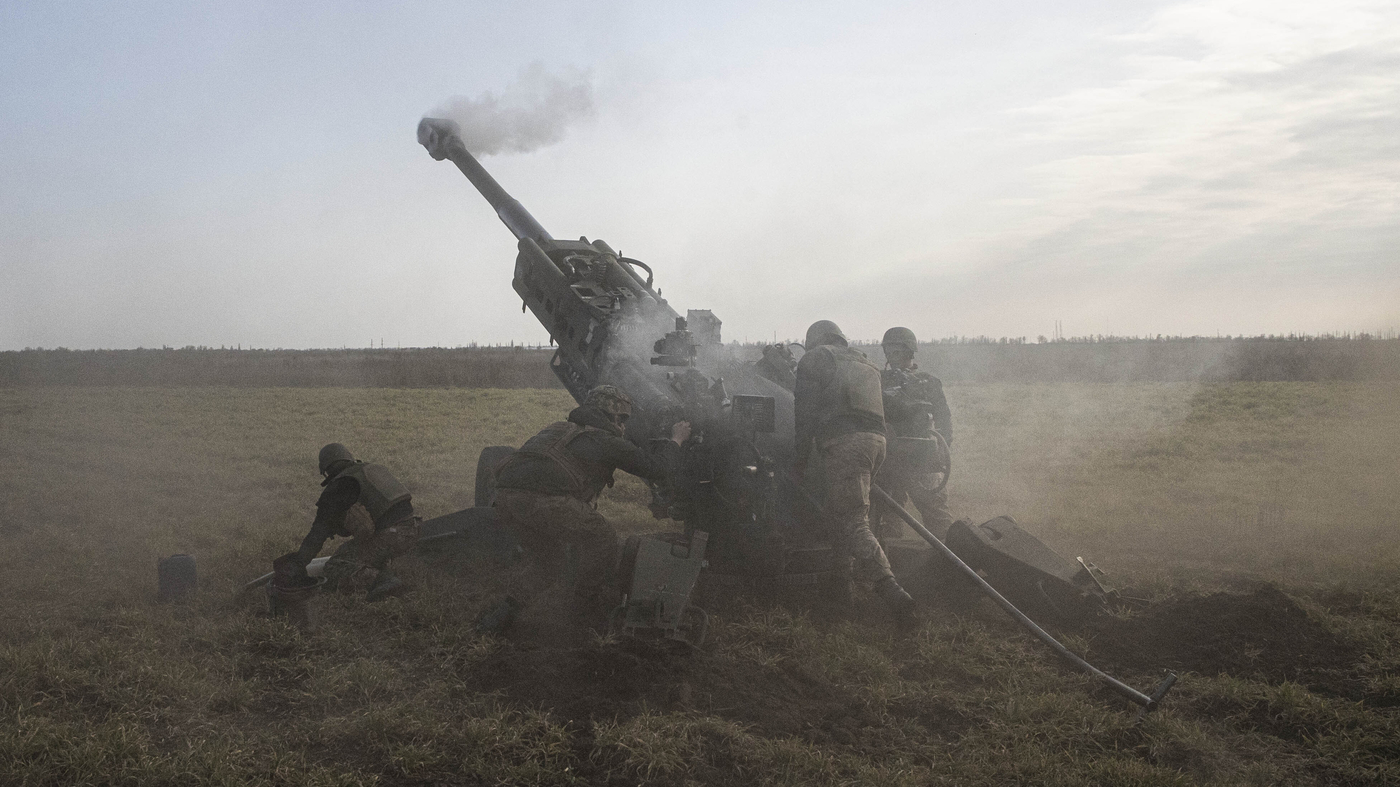 The Ukrainian artillery battery of the 59th Mechanized Brigade fires a howitzer at points controlled by Russian troops in Kherson Oblast, Ukraine on Saturday.

DNIPRO, Ukraine, and MOSCOW — A key city that Russian forces captured on the second day of their invasion of Ukraine is on the verge of returning to Ukrainian control. Russian Defense Minister Sergei Shoigu ordered his troops to retreat out of the Ukrainian city of Kherson to the eastern bank of the Dnipro River on Wednesday on the recommendation of the commander of Russia’s forces in Ukraine, Gen. Sergei Surovikin. “The decision to defend on the left bank of the Dnipro is not easy, but at the same time we will save the lives of our military personnel and the combat capability of our forces,” Surovikin said in televised remarks as he presented a report on the Russian military campaign to Shoigu. Surovikin also presented the move as a way to save the lives of civilians. He said Russia had inflicted heavy losses on Ukrainian forces in recent weeks. The move comes as Ukrainian forces have been steadily advancing on the city. Kherson was the only regional capital seized by Russian forces after the February invasion. At the time, the Kremlin insisted Russia was in Kherson “forever.”

The loss of Kherson follows a string of other military defeats and retreats by Russia in eastern Ukraine. The city is the capital of the Kherson region, one of four Ukrainian territories that Moscow officially claimed to have annexed and incorporated into the Russian Federation on Sept. 30.

Military analysts and Ukrainian intelligence officials had been warning that the battle for Kherson city could deteriorate into bloody urban warfare if Russia decided to try to defend the port at the base of the Dnipro River. The Moscow-backed proxy government over the last few weeks had been frantically calling on people in Kherson city to evacuate to the east bank of the Dnipro. Local administrators said that a major Ukrainian assault on the city was imminent. The evacuations moved civilians deeper into Russian-controlled territory. Some were bussed to Crimea. Others were offered resettlement in the interior of Russia. There were reports of Russian troops looting offices and shops as they retreated. Ukrainian forces had systematically blown up key bridges in and around Kherson City cutting off potential escape routes for Russian troops. Despite the Russian withdrawal, some Russian nationalists praised the decision as a difficult but necessary one. This is a developing story. Please check back for updates. Jason Beaubien reported from Dnipro, Ukraine. Charles Maynes reported from Moscow.
…