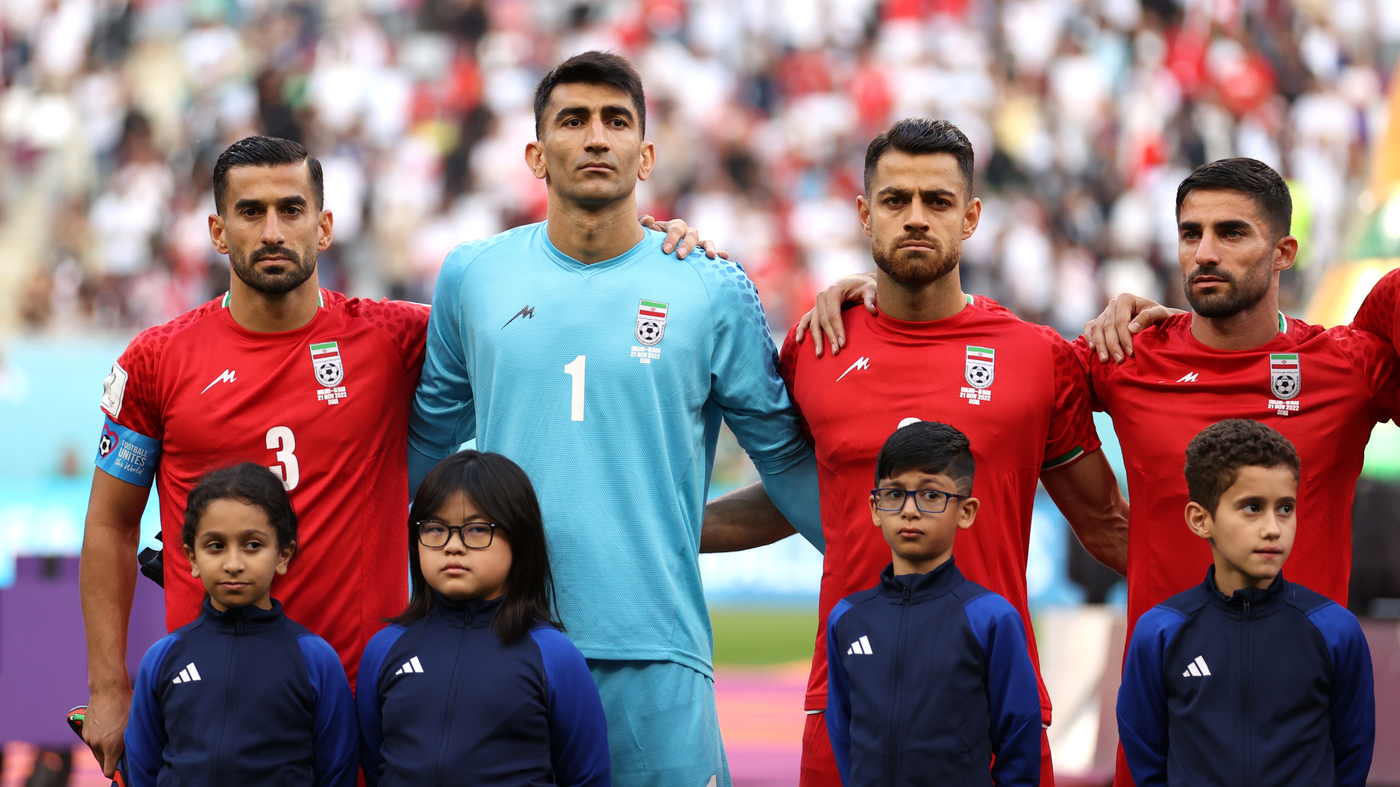 Iran’s national team stayed silent during the country’s national anthem ahead of their Monday match in the FIFA World Cup.

Ahead of their first match in this year’s FIFA World Cup, Iran’s national team gathered for the national anthems, their players standing side-by-side, arms slung over each other’s shoulders. But rather than sing along, their mouths stayed shut — an apparent show of solidarity on the world’s biggest stage with the human rights protest movement that has swept their home country. Players from the opposing team, England, sang their national anthem, as is customary.

For months, Iranians have taken to the streets in demonstrations sparked by the death of Mahsa Amini, a 22-year-old woman who died in the custody of the country’s morality police. She had been detained for wearing her hijab improperly. Iran’s regime has attempted to crack down on the protests with violent police intervention. Human rights groups allege that over 1000 people have been arrested and hundreds killed. Now, authorities are putting demonstrators on trial; Iranian courts have already sentenced six to death.

Iran’s national team did not to sing national anthem as the #EnglandVsIran game kicks off #FIFAWorldCup, in support of the country’s women-led revolution. The Iranian crowd were also booing their own national anthem. Amazing! ✊🏻 pic.twitter.com/qBwZqYHbqF— Shabnam Nasimi (@NasimiShabnam) November 21, 2022

“There’s a long history of Iranian authorities using these trials for making their points,” said Tara Sepehri Far of Human Rights Watch in an interview with NPR earlier this month. “Yet we have only seen protests intensifying over the past decade, not going away, and the calls are becoming more progressive and more radical, not less.”

Iran’s current national anthem was adopted in 1990 after the death of Supreme Leader Ruhollah Khomeini. It celebrates Iran’s Islamic Republic, the ultraconservative theocratic regime that took control of the country in 1979 after the Islamic Revolution. Videos from the stands also appeared to show some Iranian fans booing the anthem. Iran’s players have made limited public comment about the protests. In a pre-match press conference over the weekend, Iranian captain Ehsan Hajsafi had offered condolences to families of those killed. “I would like them to know that we are by their side and we feel their pain,” he said. Perhaps none has offered stronger words than Iran’s Swedish-born midfielder Saman Ghoddos in a recent interview with The Athletic. “No one is happy about it and everybody wants to see a change,” he said. “What the people want is nothing special — it’s just freedom. I don’t want to say go fight for it because I don’t think violence is the right way, but something needs to change, and this has been going on for too long.”
At a friendly match in September that took place soon after …