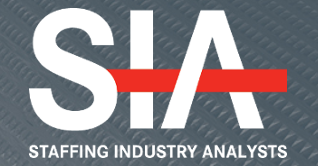 The number of IT jobs in the US remained flat in October compared to September, according to an analysis by the TechServe Alliance, a trade association representing the IT and engineering staffing and solutions industry.IT employment in the US edged downward by 0.14% in October from September. On a year-over-year basis, the number of jobs fell by 0.19%, or 10,200 jobs.IT jobs totaled approximately 5.39 million in October.“Headlines may say that there are significant economic headwinds, but it’s important for businesses to understand that the 2.3% unemployment rate for IT tells a different story,” TechServe Alliance CEO Mark Roberts said.Roberts noted the lack of growth in IT jobs is not a demand issue and remains a supply problem.“Fundamentally, there are simply not enough people to fill the vacant jobs, and that will not change in the foreseeable future,” Roberts said.Separately, the TechServe Alliance reported engineering employment rose by 3.6% year over year in October, representing 95,900 jobs, to a total of 2.74 million engineering workers.