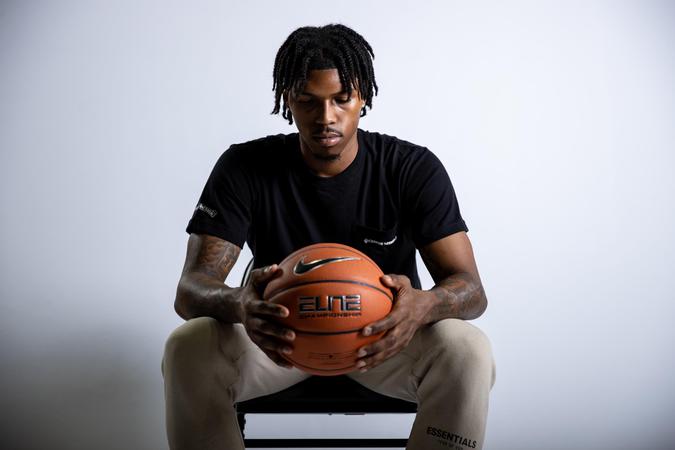 By Adam LucasAs soon as the numbers on his phone came into focus, Caleb Love knew he was in trouble.

It was March of 2021, and the Tar Heels were preparing to depart for an altered NCAA Tournament that included being housed in an NCAA-created bubble in Indianapolis but playing in West Lafayette.

It had been a challenging season for Carolina’s freshman point guard. His credentials were solid; he’d been selected to the All-ACC Freshman team, and he’d won ACC Rookie of the Week twice. He put up 25 points in a win at Duke in an empty Cameron Indoor Stadium and scored in double figures in six of the last seven games.

And now he was late for the bus to the airport. He knew it as soon as he saw the time, knew immediately that the time on his phone was the time he was supposed to be at the Smith Center.