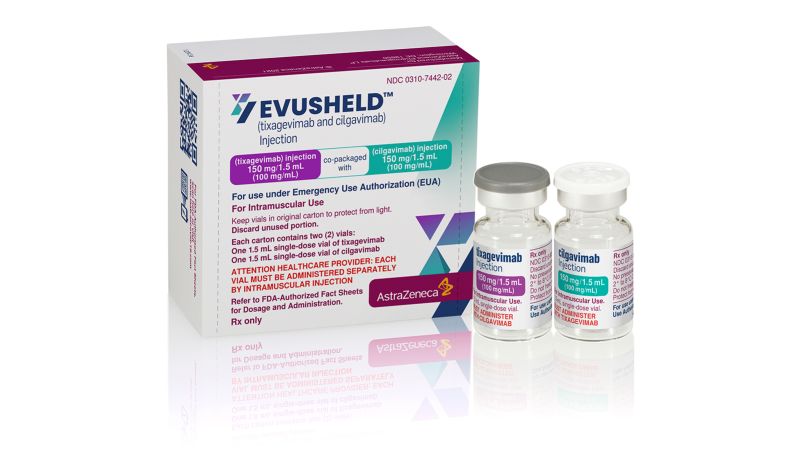 Judy Salins considers herself a smart, empowered patient, but until this week, she had no idea that the medicine she takes to defend herself against Covid-19 isn’t protecting her as well as it used to.

The medicine is called Evusheld, and its effectiveness is waning dramatically because new Covid-19 subvariants are taking center stage, and the drug doesn’t neutralize all of them.

As of the week ending November 5, more than half of new Covid-19 infections were caused by subvariants that Evusheld does not neutralize.

Government health officials have acknowledged for more than a month that Evusheld is less protective, but Salins said she hadn’t heard the news.

“I think this is absolutely shameful,” said Salins, a retired high school teacher. “For immune-compromised people like me, getting Covid-19 can be a death sentence, so I’m appalled that no one told me.”

Evusheld is the only medicine standing between Salins and the virus. Blood tests showed that her vaccinations failed to create antibodies, which is not an uncommon problem for people with poorly functioning immune systems.

About 7 million Americans are immune-compromised and could benefit from Evusheld, which helps prevent Covid-19 infection.

Advocates for this group say the government hasn’t done nearly enough to get the word out, and many vulnerable people are unaware that the medicine’s power is waning in the face of the new subvariants. As Evusheld loses its power, people who take it may need to consider extra steps to protect themselves, such as avoiding crowds or regularly wearing masks.

“I’m worried that there is a significant group of people who are unaware of how things have changed. I’m very concerned about that,” said Dr. Brian Koffman, chief medical officer of the CLL Society, which serves people with chronic lymphacytic leukemia.

“The tide is coming, and we need to let people know they’re no longer as protected as they used to be,” he said.

Koffman is so worried that he predicts immune-compromised people could suffer a “winter of discontent” because of Covid-19.

“This is a perfect storm: The holidays are upon us and people will travel and want to be together and they won’t realize that they’re not protected by their Evusheld,” said Janet Handal, president and co-founder of the Transplant Recipients and Immunocompromised Patient Advocacy Group.

She pointed in particular to the US Centers for Disease Control’s website, which briefly mentions that Evusheld has become less protective.

A spokesperson for the US Department of Health and Human Services said that among other measures, the US Food and Drug Administration shared information about Evusheld’s diminishing efficacy with “more than 350 organizations representing healthcare professionals, patient advocates, pharmacies, and key contacts in the fight against COVID-19” and posted the information on its Twitter and Facebook feeds.

Over the past few weeks at public events, CDC Director Dr. Roche …