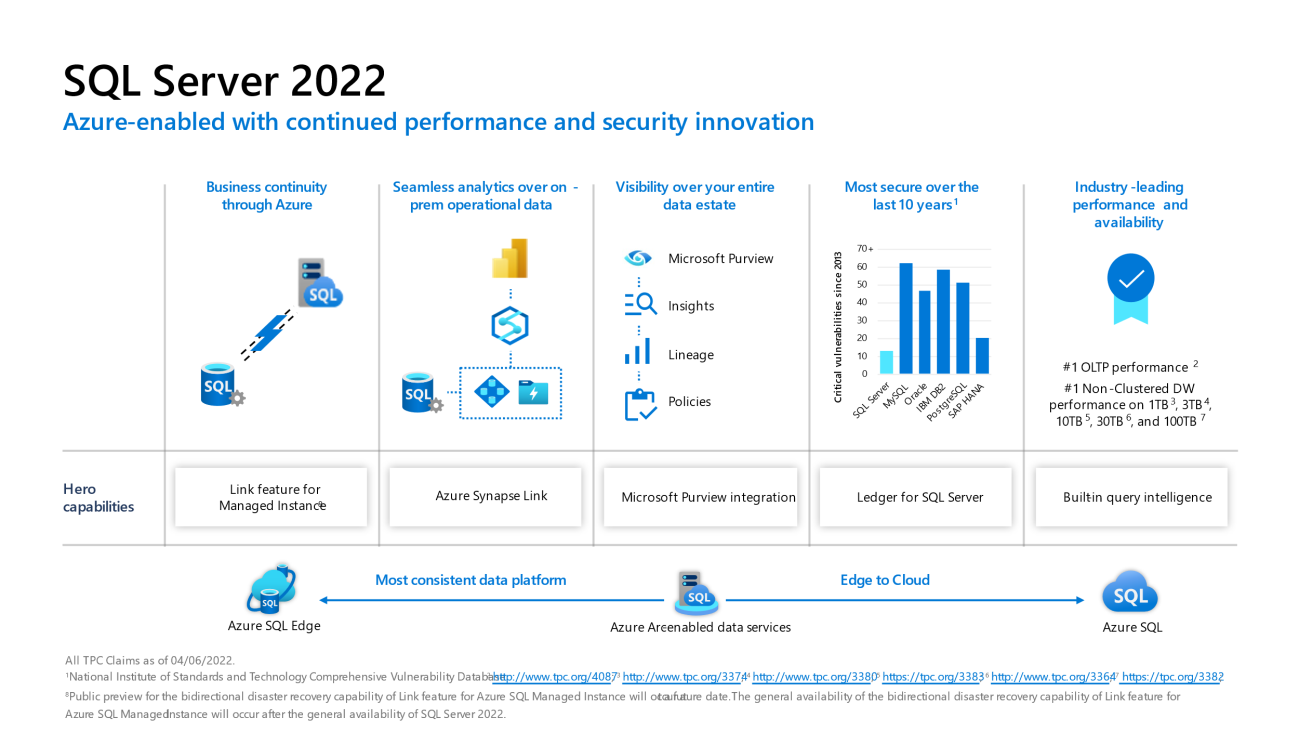 To further strengthen our commitment to providing industry-leading coverage of data technology, VentureBeat is excited to welcome Andrew Brust and Tony Baer as regular contributors. Watch for their articles in the Data Pipeline.
At the PASS Data Community Summit in Seattle today, Microsoft announced the release to general availability (GA) of SQL Server 2022, the latest version of Microsoft’s flagship relational database platform. The private preview of SQL Server 2022 was announced about a year ago; the first release of SQL Server on Microsoft’s Windows Server operating system was released some 30 years ago. That platform’s seniority notwithstanding, it has been continuously modernized and the 2022 release of the product is no exception.

VentureBeat spoke with Rohan Kumar, Microsoft’s corporate vice president, Azure Data, for the business perspective, and Asad Khan, vice president, Azure data engineering, for the technological details. Kumar announced the GA news during his keynote address at the PASS event this morning and spoke to VentureBeat about the business value of the release; Khan talked the technology details.

On the business side, Microsoft sees this release of SQL Server as the one that leverages numerous components of Microsoft’s Intelligent Data Platform (IDP) and, despite it being an on-premises product, the most cloud-oriented version of SQL Server yet released. Both of these pillars are under-girded by integration with Azure Synapse Analytics, Azure SQL Database Managed Instance (MI), Azure Active Directory and Microsoft Purview. The cloud story is further substantiated by compatibility with S3-compatible object storage, although that has significance on-premises as well.