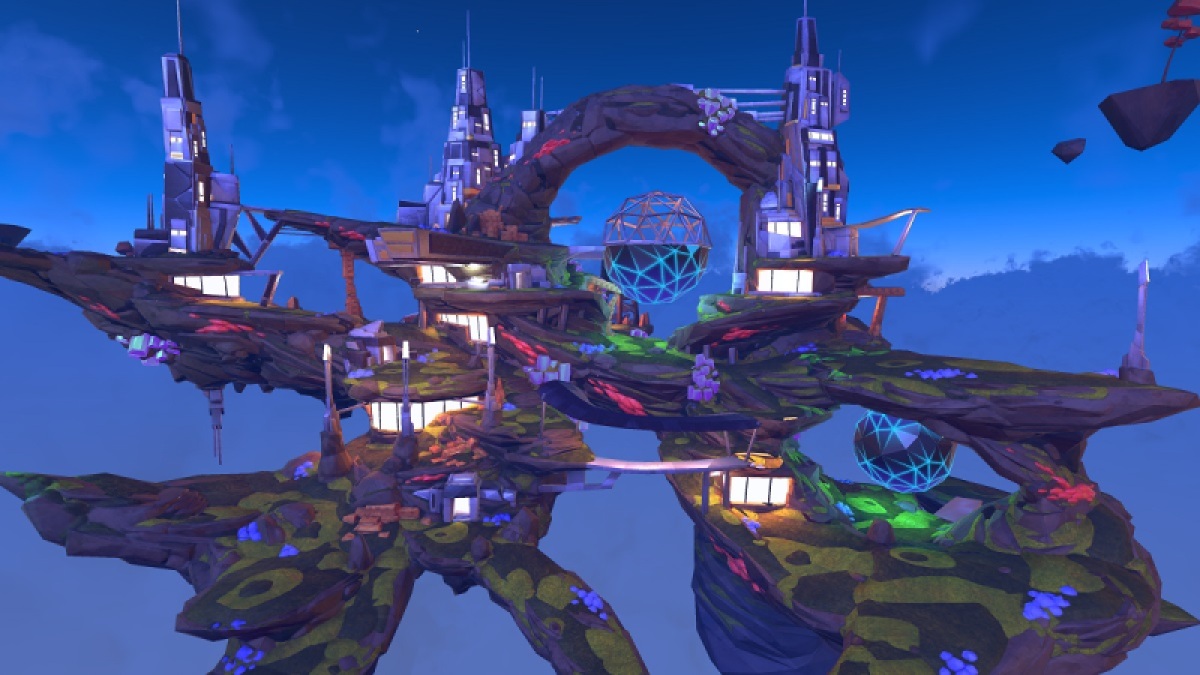 Shores of Loci debuts today on the Meta Quest 2 virtual reality headset as a different kind of game aimed at making you feel calm.

It’s a single-player narrative puzzle game from the women-led production studio MikeTeevee, and it aims to transport players to other dimensions to create visions larger than life, all for the sake of wellness. The $15 game is available on the Meta Quest Store today.

The game has beautiful 4K VR imagery with giants and villagers. Something has disrupted their homes and they need help rebuilding them. As the player, you go through five chapters in different dimensions and meet five different giants.

A scene from chapter five of Shores of Loci.The game can only be played in VR, as you need three dimensions to move the pieces to the correct positions, said Ellen Utrecht, executive producer and founder of MikeTeevee, in an interview with GamesBeat.

Shores of Loci is deliberately not violent and it was designed for people who approach VR from a different perspective. It encourages peaceful exploration without combat or enemies. The game is made up of five distinct, magical environments, 12 compelling puzzles, and a cast of lovable and memorable characters.

Utrecht said it takes about 2.5 hours to five hours to play, depending on how long it takes to solve puzzles or whether you want to linger. It features tranquil music and serene sound effects designed for spatial audio. Shores of Loci calms, soothes, and clears players’ minds in an immersive and meditative puzzle experience, Utrecht said.

“Creating this first title has been one of the most enjoyable and satisfying projects I haveworked on in my career. The incredible team that we put together has really put all their heartsand soul into it, and I think the result is beyond our expectations,” said Utrecht.

A completed tutorial in Shores of Loci.Developed during the pandemic and designed entirely in the Quest 2 headset, the beautiful and vastly differing environments in Shores of Loci give players an escape from their homes into magical worlds with new elements and weather patterns. As an accessible and inclusive experience, Shores of Loci is for puzzle lovers and anyone who wants to immerse themselves in new worlds. It is playable for first-time VR users of all ages.

It’s hard to believe the game was built by a team of only five, split between Los Angeles and Amsterdam. MikeTeeVee hopes to continue developing and releasing similar puzzle games that positively impacts its players.

While we already have puzzle games and meditation apps in VR, we us …