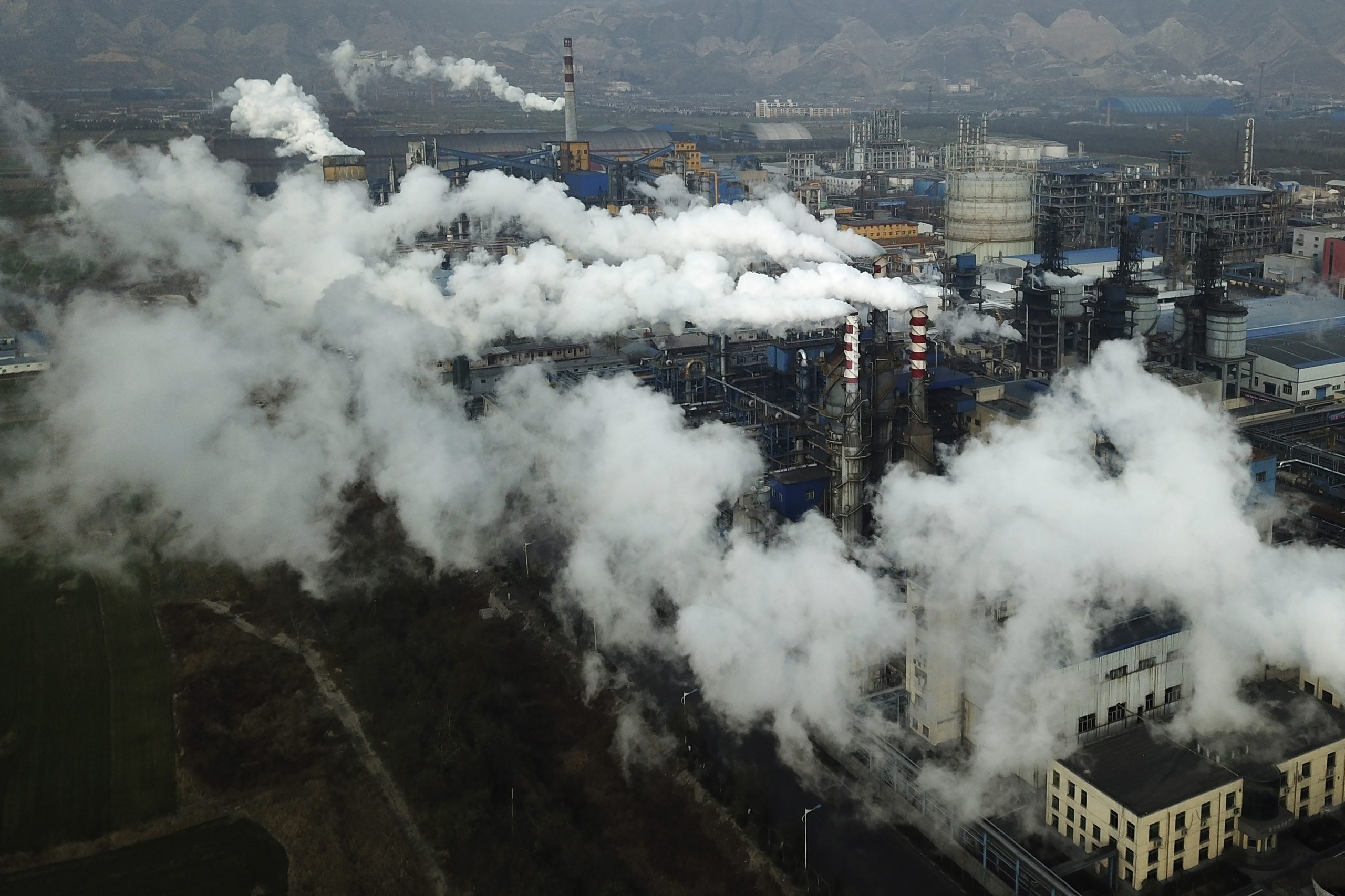 Smoke and steam rise from a coal processing plant in Hejin in central China’s Shanxi Province in 2019. | Sam McNeil/AP Photo

The U.S. is suddenly open to making rich nations pay reparations to countries suffering the ravages of climate change — but only if China ponies up, too.
The about-face comes after years of Washington serving as the bulwark of wealthy countries’ resistance to making such payments, and would set up China as the new climate bogeyman. It would also challenge Beijing’s assertion that China should still be seen as a developing nation.

Paying developing nations that suffer from climate-driven disasters and rising temperatures is one of the most contentious issues in global climate negotiations, which resume this weekend at a major conference in Sharm El-Sheikh, Egypt.

China should contribute its own funds to the cause, U.S. Special Envoy John Kerry told reporters late last month, “especially if they think they’re going to continue to go on to the next 30 years with increasing their emissions.”

John Kerry, special presidential envoy for climate, speaks during a briefing at the State Department on Nov. 2, 2022.
|
Susan Walsh/AP Photo

The issue, referred to as “loss and damage” in the parlance of the global talks, calls for the U.S. and Europe’s industrialized nations to send funding to less-developed countries that have suffered from floods, heatwaves, droughts, rising seas and other disasters worsened by the changing climate. Those nations have contributed little to the crisis — in contrast to the United States, which during the past two centuries has pumped more greenhouse gases into the atmosphere than any other country.
The U.S. is now the world’s second-largest current climate polluter. China ranks as No. 1, with carbon emissions more than double those of the U.S.

After years of obstruction on the issue, a successful U.S. rehabilitation of its reputation on the issue won’t be easy. Carbon dioxide builds up in the atmosphere for centuries, meaning historical emissions accurately reflect the blame for extreme weather events today. According to data from 2019, the U.S., EU and U.K. are together responsible for more than half of the excess C …