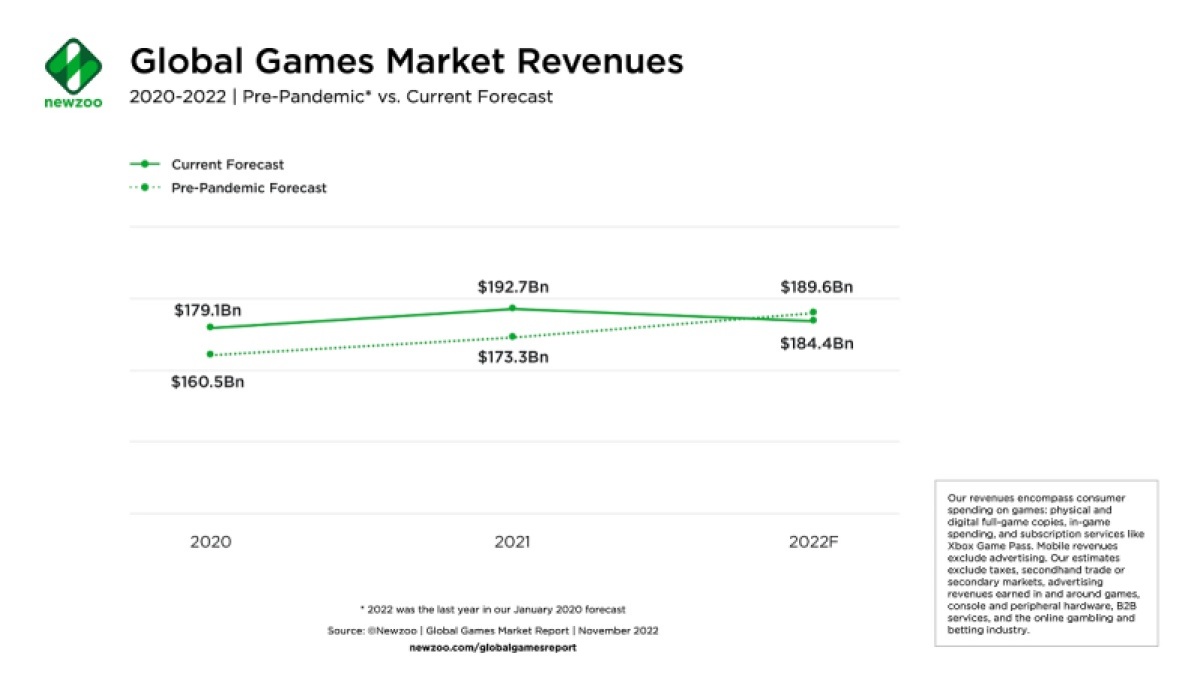 For the first time in Newzoo’s history of covering the global games market, the market researcher has revised its forecast downward to predict games will decline 4.3% in 2022 to $184.4 billion.

That isn’t necessarily a reason for the industry to panic, as 2022 is a corrective year after two exceptional boom years, and the overall long-term outlook for games remains positive, Newzoo said.

The downward revision is largely based on a slower-than-expected year for console games. I guess all those delayed games and console shortages have finally come home to roost. Newzoo has been covering the game market since 2012 and the industry has had positive growth every year since then.

“We knew that this was going to happen because we had our earlier forecast from July, but then the data that we had coming in each quarter influenced it,” said Tom Wijman, lead analyst for games at Newzoo, in an interview with GamesBeat. “There were still positive signs in Q1, but as we saw Q2 and Q3 come in, we saw what was happening. It was not a shock.”