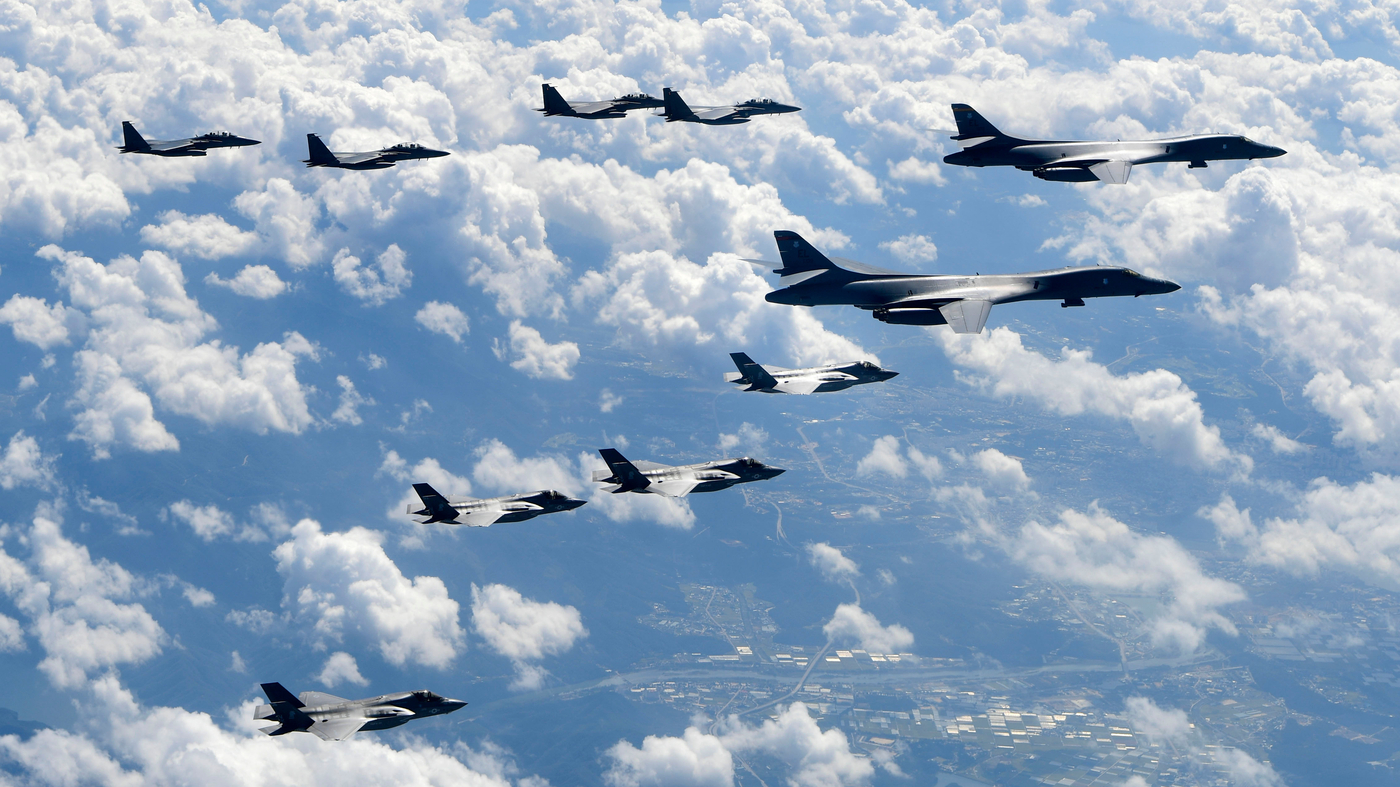 SEOUL, South Korea — North Korea added to its recent barrage of weapons demonstrations by launching four ballistic missiles into the sea on Saturday, as the United States sent two supersonic bombers streaking over South Korea in a dueling display of military might that underscored rising tensions in the region. South Korea’s Joint Chiefs of Staff said that the four short-range missiles fired from a western coastal area around noon flew about 130 kilometers (80 miles) toward the country’s western sea. The North has test-fired more than 30 missiles this week, including an intercontinental ballistic missile on Thursday that triggered evacuation alerts in northern Japan, and flew large numbers of warplanes inside its territory in an angry reaction to a massive combined aerial exercise between the United States and South Korea.

The South Korean military said two B-1B bombers trained with four U.S. F-16 fighter jets and four South Korean F-35s jets during the last day of the “Vigilant Storm” joint air force drills that wraps up Saturday. It marked the first time since December 2017 that the bombers were deployed to the Korean Peninsula. The exercise involved around 240 warplanes, including advanced F-35 fighter jets from both countries. North Korea’s Foreign Ministry late Friday described the country’s military actions this week as an appropriate response to the exercise, which it called a display of U.S. “military confrontation hysteria.” It said North Korea will respond with the “toughest counteraction” to any attempts by “hostile forces” to infringe on its sovereignty or security interests.

South Korea’s Joint Chiefs of Staff said the participation of the B-1Bs in the joint drills demonstrated the allies’ readiness to “sternly respond” to North Korean provocations and the U.S. commitment to defend its ally with the full range of its military capabilities, including nuclear. B-1B flyovers had been a familiar show of force during past periods of tensions with North Korea. The planes last appeared in the region in 2017, during another provocative run in North Korean weapons demonstrations. But the flyovers had been halted in …