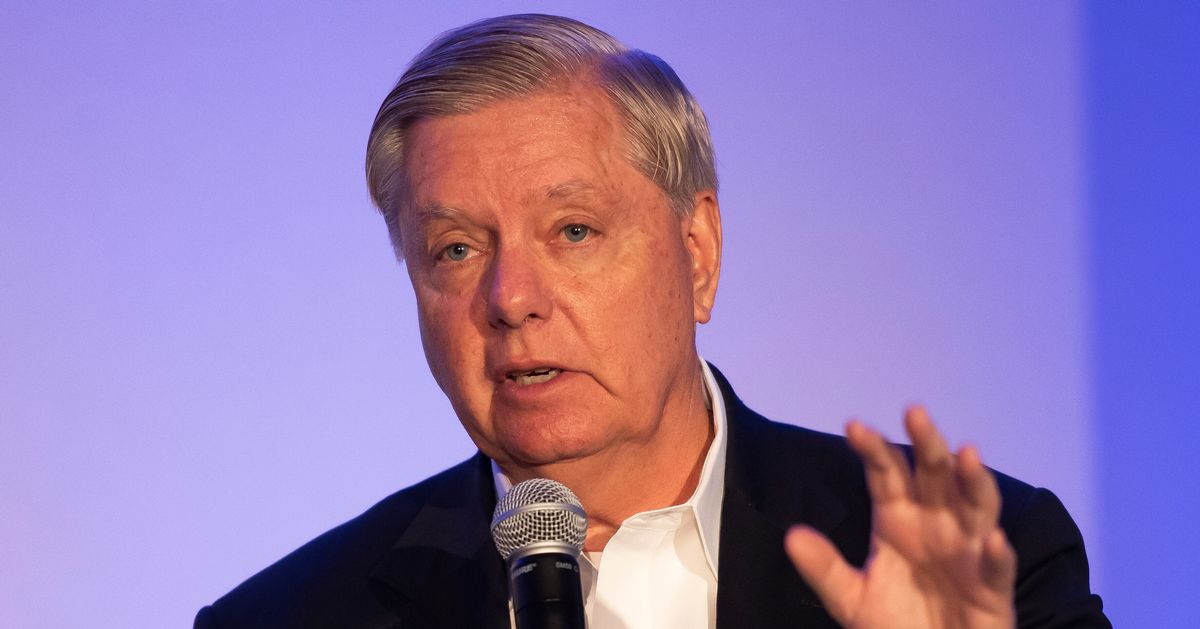 Sen. Lindsey Graham (R-S.C.) jumped back on the Trump train on Tuesday.A day after Graham declined to endorse what was then Donald Trump’s potential 2024 run for office, he jumped all-in with the former president after Trump officially launched his campaign for the White House on Tuesday night.“If President Trump continues this tone and delivers this message on a consistent basis, he will be hard to beat,” Graham tweeted.CNN fact-checking reporter Daniel Dale said Trump’s address was full of “wildly incorrect” claims and was only subdued because Trump read from a teleprompter.Trump’s announcement speech “charts a winning path for him in the primaries and general election,” Graham gushed. Critics reminded Graham of his pre-2016 election prediction that the GOP “will get destroyed … and we will deserve it” if Trump won the party’s presidential nomination. Of course, Graham then went on to become one of Trump’s biggest defenders. The senator condemned Trump for inciting the Jan. 6 insurrection, but quickly resumed his bootlicking.