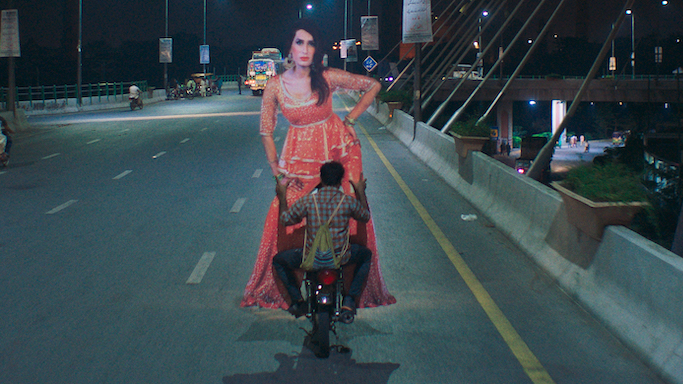 This image released by all caps/Khoosat Films shows a scene from the film Joyland.

ISLAMABAD — Pakistan’s prime minister has ordered a review of the ban on the country’s Oscar entry, the movie Joyland, days after the measure was imposed, one of his advisers said. The movie, which features a love story between a married man and a transgender woman, is Pakistan’s entry for next year’s Academy Awards and was a prizewinner at this year’s Cannes Film Festival. But the film has caused controversy in Muslim-majority Pakistan and state censors last week banned its showings at movie theaters, reversing a previous all-clear for release. According to a tweet late on Monday from Salman Sufi, an adviser to Prime Minister Shahbaz Sharif, a high-level committee is being set up to assess Joyland and review the ban. Transgender people are considered outcasts by many in Pakistan, despite some progress with a law that protects their rights and a landmark Supreme Court ruling designating them as a third gender, “The committee will assess the complaints as well as merits to decide on its release in Pakistan,” Sufi tweeted. He could not immediately be contacted for more details.

The movie’s director, Saim Sadiq, called the ban “unconstitutional and illegal.” Joyland was scheduled for release in Pakistan on Friday.
…