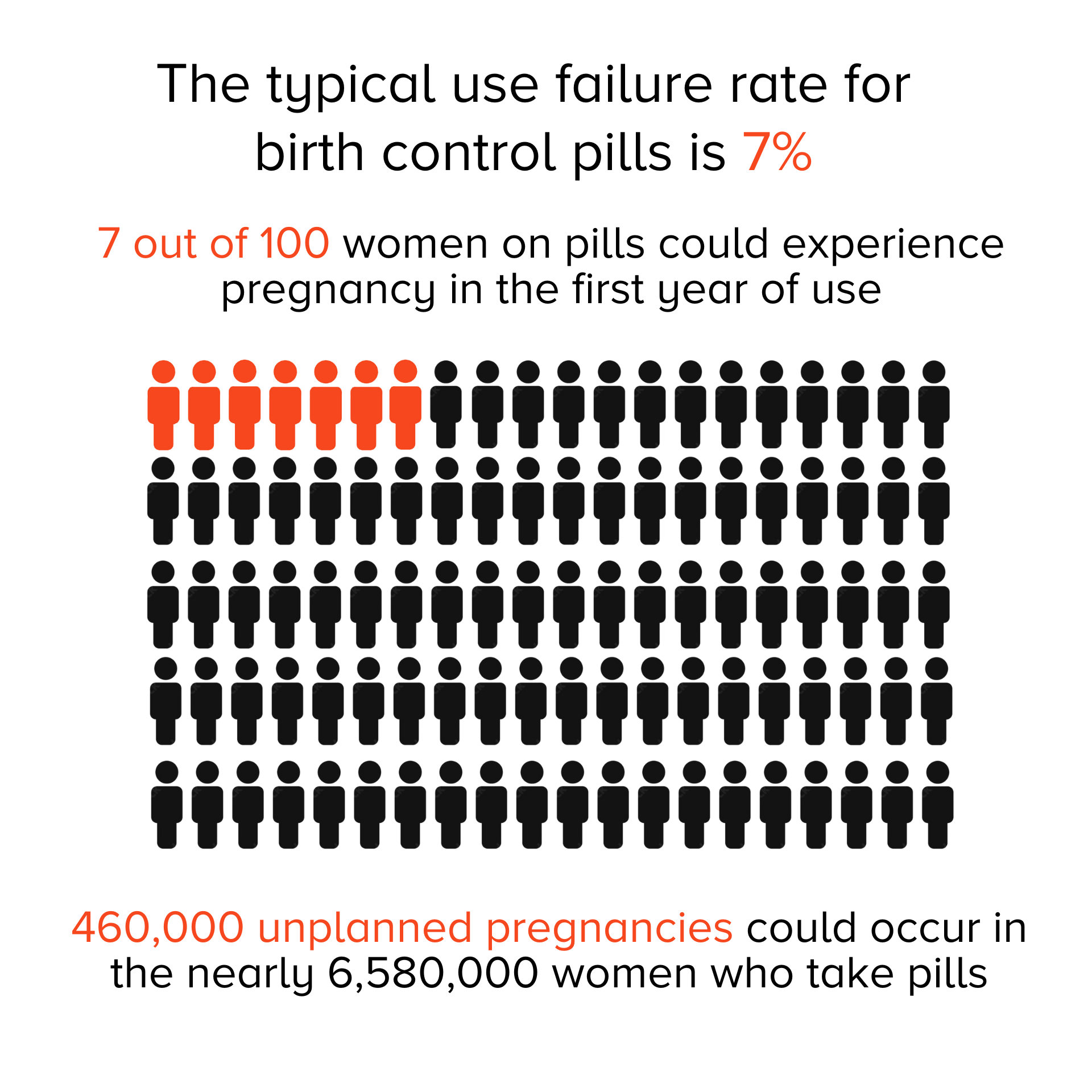 Birth control options have improved over the decades. Oral contraceptives are now safer, with fewer side effects. Intrauterine devices can prevent pregnancy 99.6% of the time. But no prescription drug or medical device works flawlessly, and people’s use of contraception is inexact.

“No one walks into my office and says, ‘I plan on missing a pill,’” said obstetrician-gynecologist Dr. Mitchell Creinin.

“There is no such thing as perfect use, we are all real-life users,” said Creinin, a professor at the University of California-Davis who wrote a widely used textbook that details contraceptive failure rates.

Even when the odds of contraception failure are small, the number of incidents can add up quickly. More than 47 million women of reproductive age in the United States use contraception and, depending on the birth control method, hundreds of thousands of unplanned pregnancies can occur each year. With most abortions outlawed in at least 13 states and legal battles underway in others, contraceptive failures now carry bigger stakes for tens of millions of Americans.

The failure rate for typical use of birth control pills is 7%. For every million women taking pills, 70,000 unplanned pregnancies could …