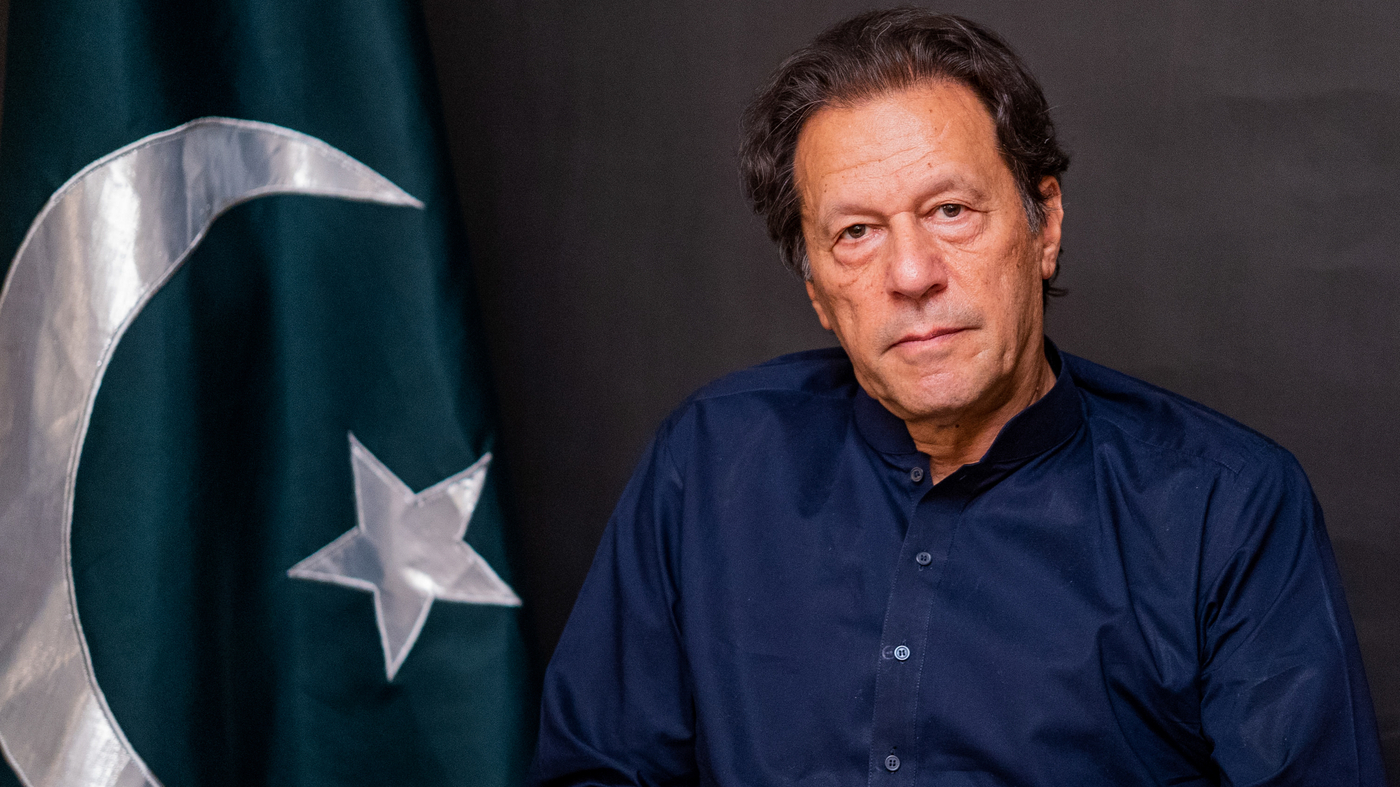 Imran Khan in his residence in Lahore, Pakistan on Tuesday.

Imran Khan, the populist prime minister voted out of power in Pakistan this spring, says he is intensifying protests against his removal. Khan and his followers have staged protests ever since Pakistan’s parliament removed him in a vote of no confidence in April. Refusing to accept his defeat, he asked his followers to stage demonstrations while converging on the capital city, Islamabad. During one such protest on November 3, Khan was shot in the leg.

Khan spoke with NPR from his home in Lahore while recovering from his wounds. He said his rejection of his defeat was a fight for the “rule of law” and a bid to prevent Pakistan from becoming “a banana republic.” He is demanding that the government call early elections, instead of waiting until their scheduled time late next year. Leaders of the current government describe Khan himself as a threat to democracy, who degraded democratic norms while in office and is now seeking to overturn the majority vote of the parliament. The current foreign minister, Bilawal Bhutto Zardari, has accused Khan of “post-fact, alternate reality politics.”

The truth, as both sides know, is complicated. Pakistan holds democratic elections and has had a somewhat free media – but also suffers from corruption and has cracked down on free expression. Civilian governments are powerfully influenced by the army, which is thought to track journalists and shape elections. Days from now, Prime Minister Shehbaz Sharif is due to name a new army chief – a fraught decision, closely watched in Islamabad, because the army chief is presumed to have more power than the prime minister. Khan ranks among the most famous living Pakistanis, a former cricket star-turned-politician who once risked himself to oppose a military dictatorship. But when his party won elections in 2018, he was widely understood to have reached an accommodation with the army. “Without the military leaning on the election process itself… there’s no way Imran Khan would have been prime minister,” says Mosharraf Zaidi, an Islamabad-based analyst. He adds that Khan was removed this spring because he “ran afoul of those bosses.” Khan has accused both the civilian prime minister, Shehbaz Sharif, and a Pakistani general of being involved in his shooting. The government condemned the shooting and has taken at least one suspect into custody. The political conflict has added to the instability of a country already facing calamity. Massive floods this summer put much of Pakistan underwater, and its economy is near collapse.

On Tuesday, he spoke with NPR’s Steve Inskeep. What follows is one portion of their conversation, edited for length. Steve Inskeep: Why are you demanding immediate elections instead of waiting until late next year? Imran Khan: The economy is sinking. The dollar earnings through remittances and exports, they’re all going down. So basically, Pakistan is staring at default… And the sooner we get elections, [the sooner] a stable government comes in that will lead to political stability, which will then have a chance for Pakistan to get out of this mess.
But a majority of the parliament… who were elected to those positions, and some of whom were your allies, voted no confidence. Why not accept that as the constitutional result? It is the system you have. Imran Khan: The problem, Steve, is that in Pakistan, unfortunately, parliamentary democracy is still evolving. So when you have a situation which is unheard of in maybe the Anglo-Saxon parliamentary democracies where you can actually buy the loyalties of people, and I’m talking about 24 members of Parliament who sold themselves… So that in itself it means that the whole idea of democracy gets flawed. Were these not people who were your allies, who were alleged to have been nudged in your direction once upon a time? Two different things. One, they were allies. But they also sold themselves.

You mentioned the need for stability. Is it in the best interest of the country at this time to turn the focus on your cause and you …