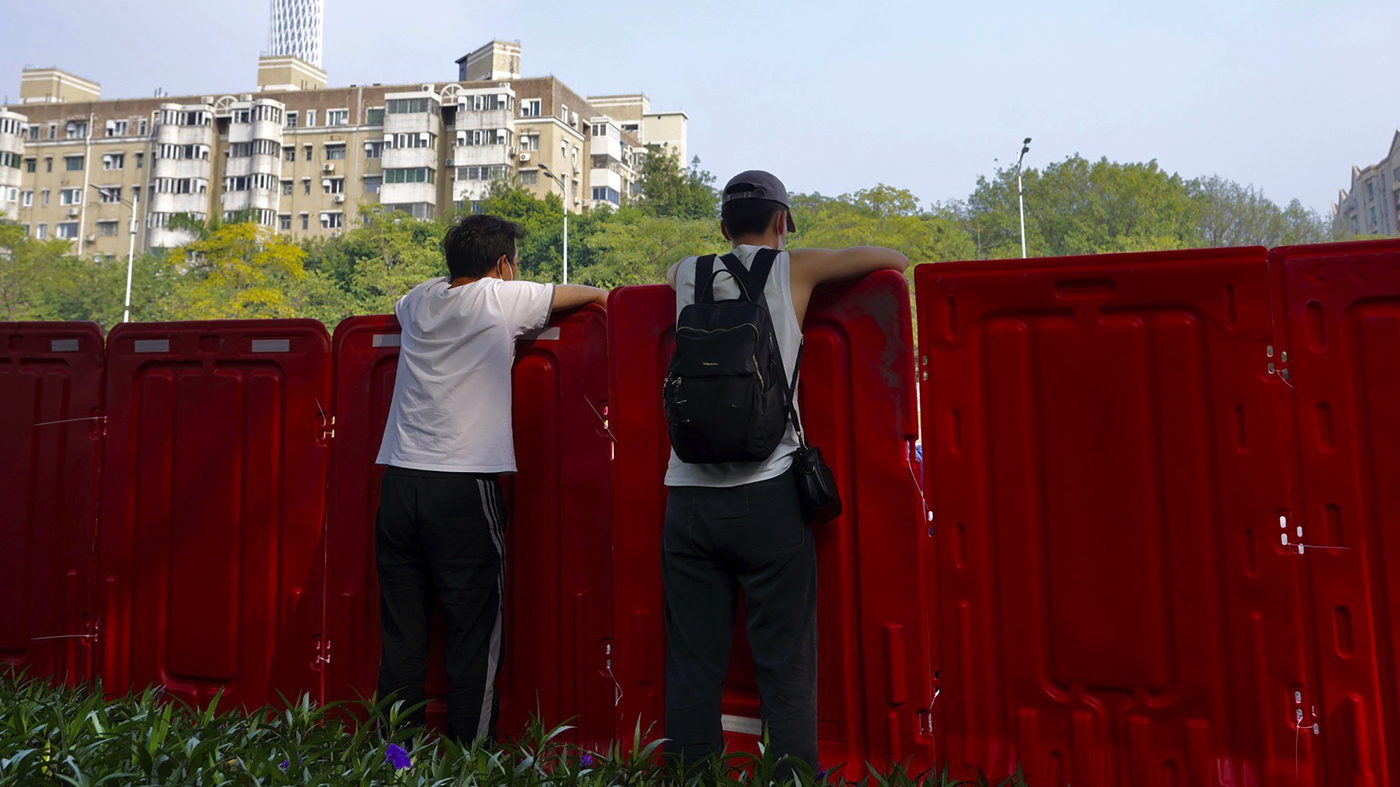 Residents look out from barriers around the recently locked down Haizhu district in Guangzhou in southern China’s Guangdong province Friday, Nov. 11, 2022.

Frustrated residents in the southern Chinese city of Guangzhou smashed temporary barriers and marched through streets in revolt earlier this week against strict COVID-19 controls, according to online videos and reports. The violence comes just weeks before next month’s third anniversary of the emergence of COVID-19 — and as China continues to follow a hardline policy that has kept its borders largely closed and led to mass lockdowns and travel restrictions affecting hundreds of millions of people around the country. Last week the central government announced measures to begin to ease its so-called “dynamic zero COVID” policy, which has damaged the economy and taken a toll on public patience and faith in policymaking.

But case numbers are spiking, presenting Beijing with a challenge. Guangzhou, a manufacturing hub with around 19 million people, reported more than 6,200 COVID cases on Tuesday. The city has imposed compulsory lockdowns on wide sections of town, sparking the unrest. Video online showed residents of Guangzhou’s Haizhu district, largely inhabited by factory workers, knocking down barricades that were put in place to seal off neighborhoods.

NPR was unable to independently verify the video. A witness who lives nearby said swaths of the area have been under lockdown for around a month, and stress has been building. “The population is tense. Staples might be in limited supply for some people. For several nights now I’ve heard outbursts of shouting,” she said. When contacted by phone, the Haizhu district government did not have an immediate comment. Guangzhou is not the first place where frustrations over COVID controls have boiled over. In Shanghai in the spring, the government imposed a two-month lockdown that sparked sporadic clashes with authorities. And earlier this month, there were reports of violence in northeastern China. The arbitrariness and unpredictability of lockdowns, restrictions of personal freedom, and lack of transparency have had other, wide-ranging effects, too. Last month, scores of workers at a giant factory in central China that makes iPhones fled after the facility was locked down. Apple later warned that iPhone deliveries would be impacted by the COVID restrictions. The government reported data on Tuesday indicating that the lockdowns were hitting consumption and factory activity. China is widely expected to fall short of the government’s declared GDP growth target this year of “around 5.5 percent”, in part due to coronavirus controls.
As is customary with topics deemed politically sensitive, state media was silent on the Guangzhou unrest, while posts and images of the protest were blocked or erased on social media. (Aowen Cao contributed research from Beijing.)
…