Russia has hit Ukraine with renewed missile strikes, knocking out power and water 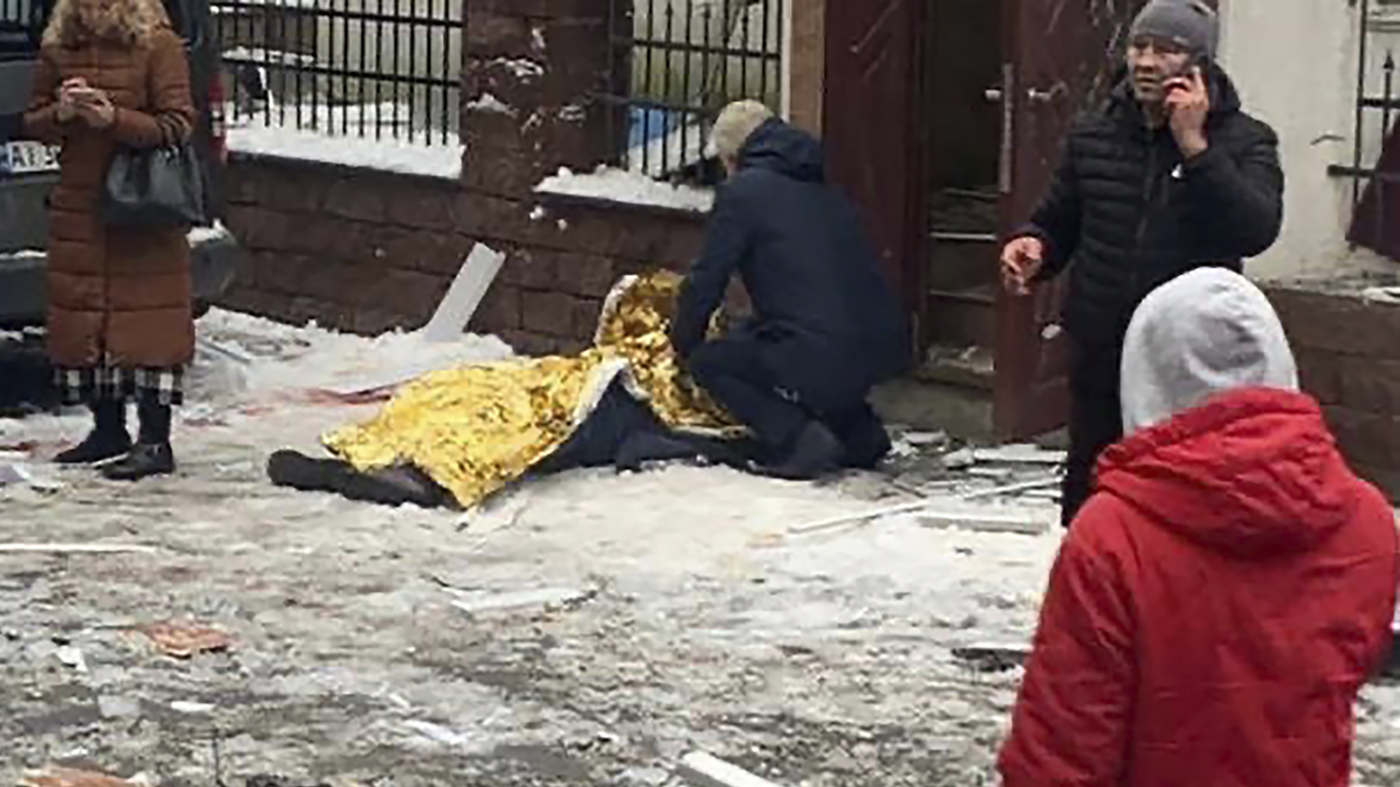 In this photo provided by the Kyiv Regional Police, people stand near a body at the scene of a Russian shelling in Kyiv on Wednesday. Authorities reported power outages in multiple cities of Ukraine, including parts of Kyiv, and in neighboring Moldova after renewed strikes on Wednesday struck Ukrainian infrastructure facilities.

KYIV, Ukraine — Russian airstrikes on Ukrainian cities Wednesday knocked out power and water service and injuring civilians in the latest round of attacks on the country’s struggling energy grid, Ukrainian authorities said. The capital Kyiv and the western city of Lviv were among those hit. Kyiv Mayor Vitali Klitschko said on the Telegram messaging app “one of the capital’s infrastructure facilities has been hit.” He said nine people were wounded, including in residential buildings, but could not confirm fatalities. He said running water has been cut off due to shelling throughout the city. Russia has been unleashing large-scale strikes on Ukraine’s power systems since Oct. 10 in an effort to cut off power to civilians as the country heads into winter. Temperatures in Kyiv and other cities are now consistently below freezing, and heading lower. Ukraine is scrambling to prepare for the winter. In a Tuesday night video address, President Volodymyr Zelenskyy said there are now 4,000 centers to take care of civilians if there are extended power cuts. He called them “points of invincibility,” saying they will provide heat, water, phone charging and internet access. Many will be in schools and government buildings.

“All of us must be prepared for any scenario,” he said. “By helping each other, we will all be able to get through this winter together.”
…