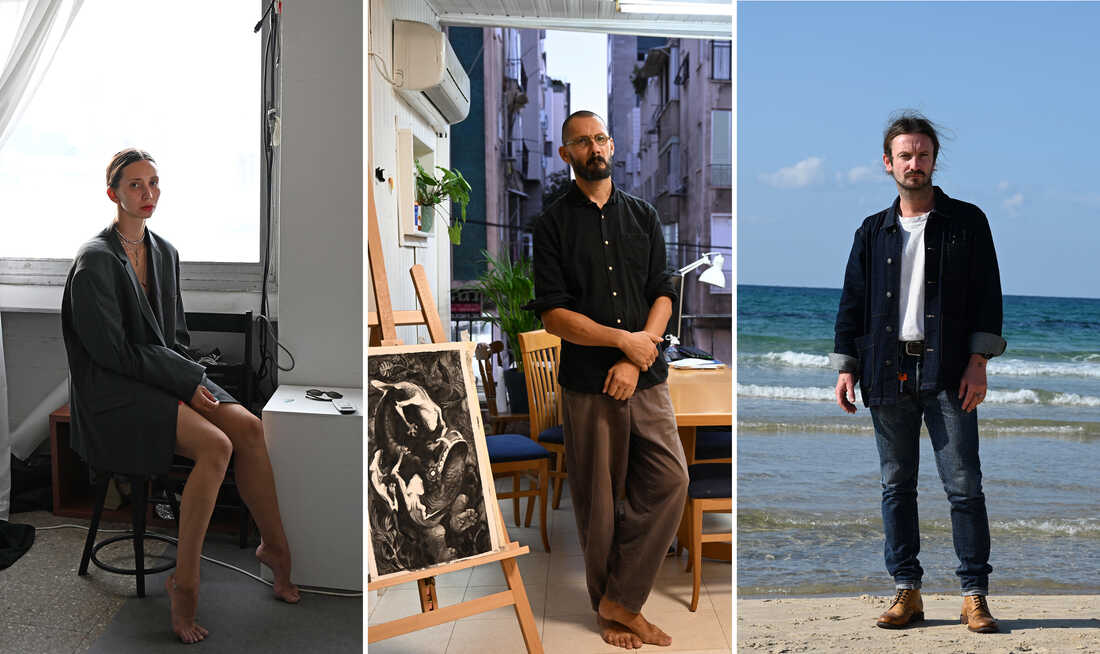 Choreographer Polina Mitryashina, artist Victor Melamed, and jazz producer Evgenii Petrushanskiy, from left, in Tel Aviv on Nov. 2. All three are Russian artists who have recently fled Russia to live in Israel.

TEL AVIV — Some of Russia’s biggest artistic talents have immigrated to Israel this year, finding a safe place to rebuild their careers and voice their conscience about their country’s war in Ukraine. Since Russia invaded Ukraine in February, it has cracked down on even the slightest opposition to the war, forced thousands of citizens to enlist to fight and drawn tough sanctions from the West. All this has prompted many Russians to flee. More than 28,000 Russian nationals have acquired Israeli citizenship since the war began, according to Israeli government figures. They include a pop superstar, a top photojournalist and many other creatives in art, theater, film, music and dance. “Staying behind the Iron Curtain was incredibly scary,” Russian artist Victor Melamed says, comparing Russia’s current isolation to the Soviet Union during the Cold War.

Melamed, whose portraits have appeared in the New Yorker magazine, fled to Israel in June. He says: “I want to be a person of the world.” Russians are relocating mostly to Turkey, Kazakhstan and Georgia. But Israel offers one big advantage: Those with at least one Jewish grandparent can get Israeli citizenship for themselves and their close family. “When the war started, I think, like, everybody literally remembered their Jewish grandma,” says Liza Rozovsky, a Russian-born Israeli journalist tracking Russian celebrity arrivals for the Haaretz newspaper.

Israel defines itself as a refuge for Jews, which is why it’s already home to 1 million Russian-speakers who fled the crumbling Soviet Union in the 1990s. Some Ukrainian immigrants in Israel wish the Russian newcomers would stay in Russia to protest their leadership, despite the risks. “They’re trying to run away,” says Ilona Stavytska, 33, a Ukrainian-born barista in Tel Aviv. But Russian exiles say their protest is more effective here. “Go protest in Moscow. I will support you. I will say, ‘Oh, look, this person is protesting.’ Then I will send you letters to jail,” says Maxim Katz, 37, a Russian YouTube blogger and former opposition politician who escaped to Israel and publishes anti-war videos to audiences in Russia. Here are three Russian artists who escaped to Israel this year and still grapple with the country they left behind. A Russian jazz label migrates to Israel