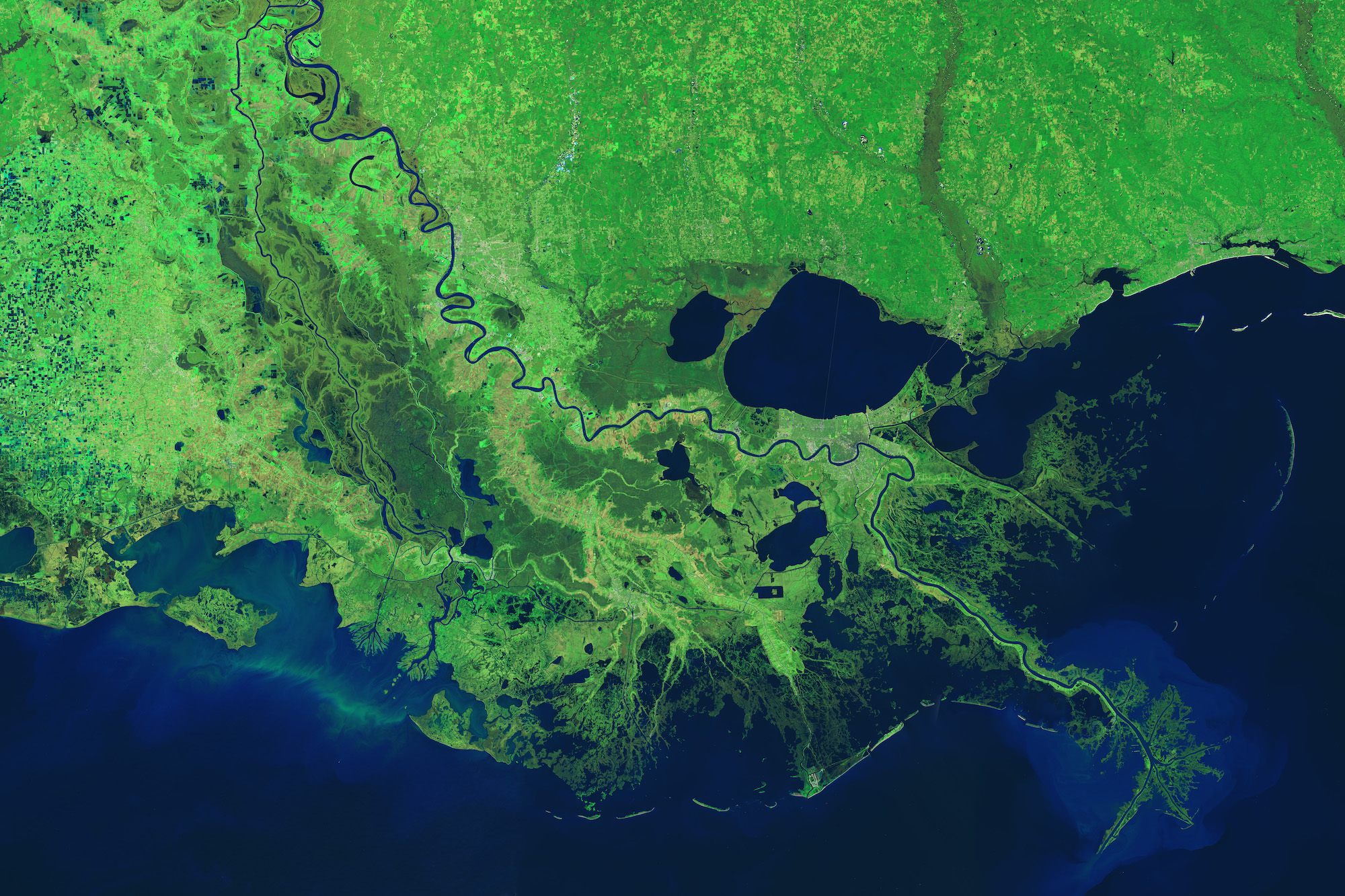 From Lake Pontchartrain to the Texas border, Louisiana has lost enough wetlands since the mid-1950s to cover the entire state of Rhode Island. Using a first-of-its-kind model, NASA-funded researchers quantified those wetlands losses at nearly 21 square miles (54 square kilometers) per year since the early 1980s.

In the new study, scientists used the NASA-U.S. Geological Survey Landsat satellite record to track shoreline changes across Louisiana from 1984 to 2020. Some of those wetlands were submerged by rising seas; others were disrupted by oil and gas infrastructure and hurricanes. But the primary driver of losses was coastal and river engineering, which can have positive or negative effects depending on how it is implemented.

Centimeter-by-centimeter, wetlands are built by the slow accumulation – accretion – of mineral sediment and organic material carried by rivers and streams. Accretion makes new soil and counters erosion, the sinking of land, and the rise of sea level.

Human intervention and engineering often hold back or divert the flow of sediments that naturally accrete to build and replenish wetlands. For instance, reinforced levees and thousands of miles of canals and excavated banks have isolated many wetlands from the Mississippi River and the network of streams that course through its delta like veins and capillaries. In a few cases …