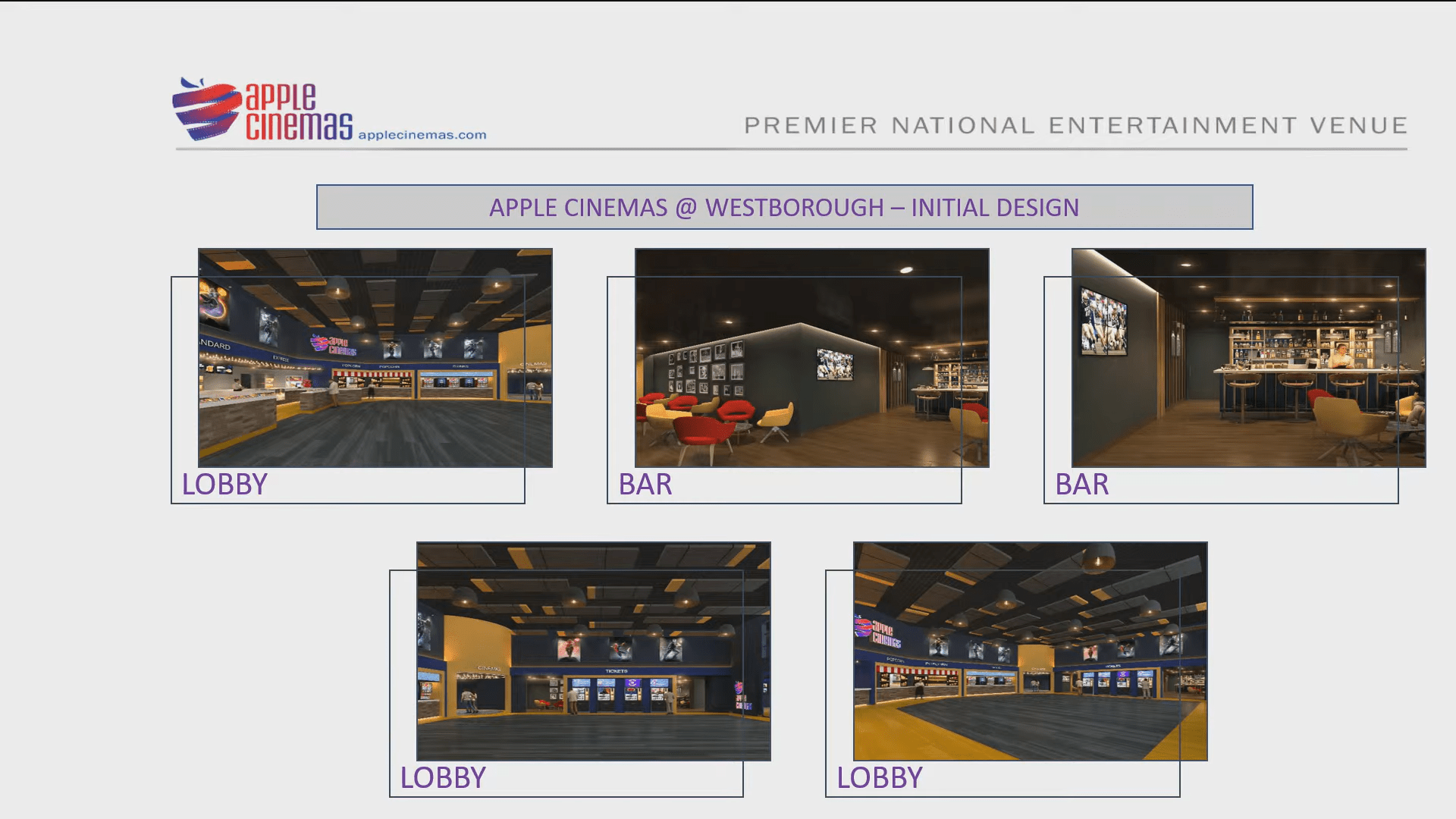 The former Regal Cinemas sits off Route 9. (Photo/Maureen Sullivan)
LAX Media MA LLC, the parent company of Apple Cinemas, has won the bid to convert the former Regal Cinemas at 213 Turnpike Road.The Select Board awarded the bid during its Nov. 2 meeting. The award is contingent on completing a purchase-and-sales agreement and other conditions.The bid was for $2.5 million.The award caps a process the board undertook for several weeks. In early September, the board heard three proposals — a business “beehive” for local entrepreneurs; revamping the cinema into an entertainment center; and a condo project.

The board then evaluated each proposal, and rated them using several criteria, including sustainability and how quickly they could proceed.Company co-founders Jegan Gomangalam and Udayana Kotta said they would like to refurbish “about 70%” of the building; the proposed center would include 12 movie screens with laser projection, reclining seats, an indoor patio and lounge area, a new kitchen and a full bar.Since opening its first cinema in 2013, the company based in East Walpole has raised the curtain on 12 more cinemas, including Cambridge and Warwick, R.I. They plan to open another six cinemas in the near future.In addition, the company plans EV parking and parking for bicycles.