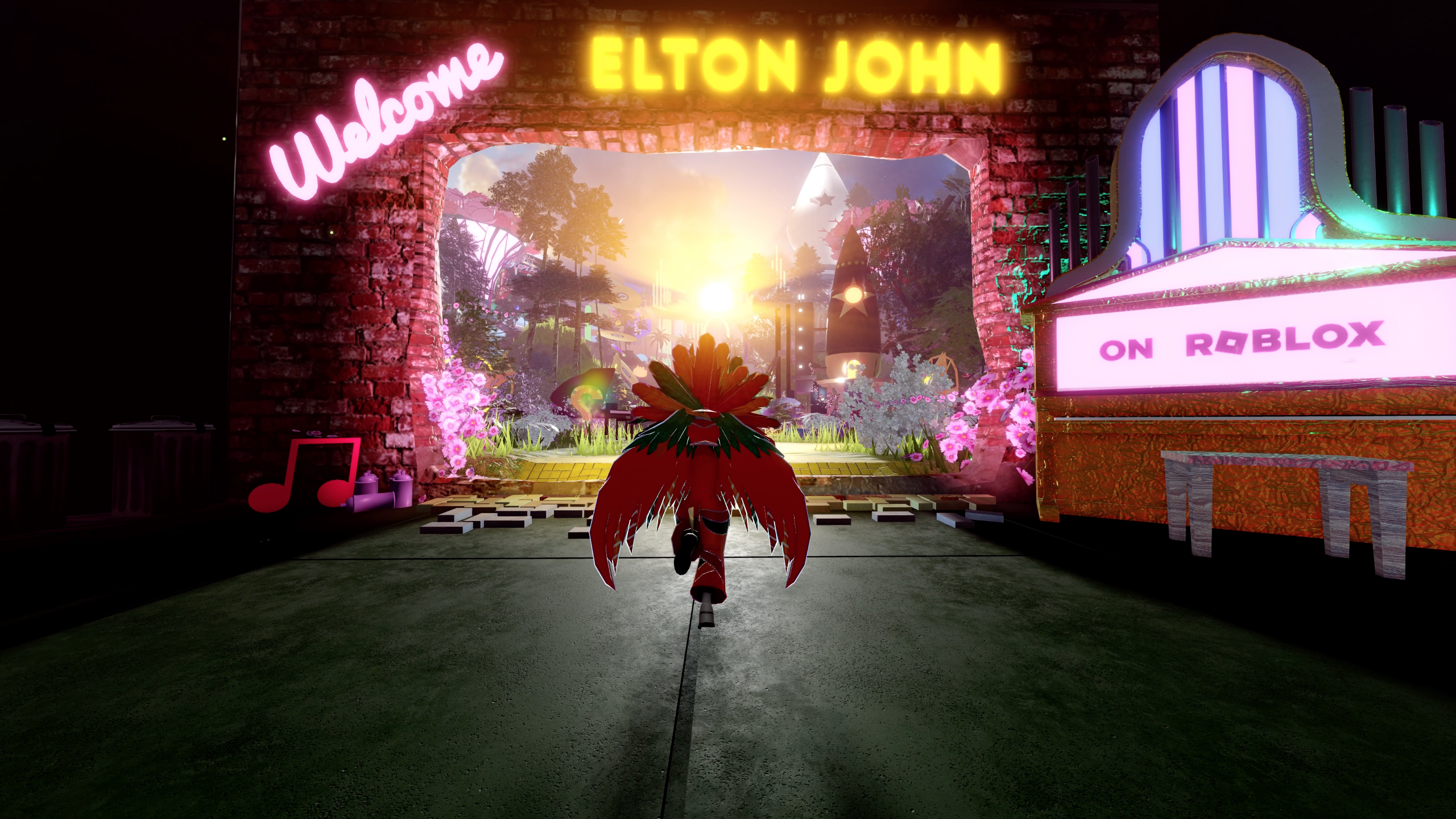 Superstar Sir Elton John is heading into the last leg of his Farewell Yellow Brick Road tour. This tour, which is his last before retirement, ends mid-2023. Though you might not see his final tour, the Rocket Man is bringing his own world to Roblox. Open now, fans can hop into the popular online game and see Elton John Presents: Beyond the Yellow Brick Road.

Rocket Entertainment, along with Sir Elton, leveraged Roblox community builders and Universal Music Group to bring the experience to life. Players walk down the Yellow Brick Road experiencing the music and fashion that made the singer such an icon. Challenges, trivia, and scavenger hunts await fans along the road.

Walking the Yellow Brick Road.“I’m absolutely thrilled to be launching Beyond the Yellow Brick Road on Roblox,” said Sir Elton John, in a press release. “I’ve seen the joy that Roblox has bought to my boys, and the possibility it creates by the ability to interact with fans in such an exciting and forward looking way has been mind-blowing to me. I’ve always been myself and used my image, eyewear, and music to express myself, and Roblox really encourages that self-expression. Now my fans can do the same, and that’s really exciting. At every step of my career, I’ve always wanted to push forward and look to the future, and Beyond the Yellow Brick Road is the next step on that journey as I prepare to step away from live touring after 50 years on the road. It’s genuinely thrilling, and I can’t wait to see the response from my fans and the Roblox community.”

On November 17, Sir Elton John will perform a special concert. If you can’t make it that night, the show will replay hourly through November 20. These dates coincide with Sir Elton’s performances at Dodger Stadium, his first shows there since 1975.

David Furnish, CEO of Rocket Entertainment, said “Elton is a visionary creative with a life full of major music and fashion moments significant to the culture of then and now and lived his life like an avatar! Beyond the Yellow Brick Road is an extraordinary collection of some of these moments that we have had a lot of fun recreating with the Roblox community since Rocket Entertainment began this project. As Elton says farewell to touring at Dodger Stadium, we’re excited for the opportunities that spaces like Roblox offer to ensure Elton’s music and legacy may continue to bring joy to the world.”

Virtual visitors earn gold bricks, the currency for Beyond the Yellow Brick Road. The bricks can purchase VIP access, including a special message from Sir Elton John and a chance for their avatar to be on stage with him for his final night in Dodgers stadium.