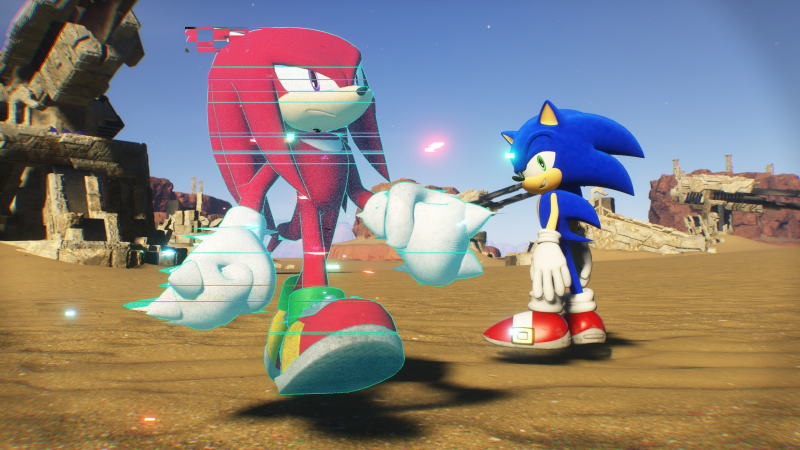 Poor Sonic is often the butt of jokes, even after starring in two hit films and a stellar retro revival with 2017’s Sonic Mania. But the Blue Blur’s lows often stick out more than his highs. To be fair, they are pretty low lows. Titles like Sonic the Hedgehog (2006) and Sonic Boom: Rise of Lyric are some of the worst widely released games of all times.

Those are both 3D platformers — the format where Sonic has struggled the most. Some titles like the Sonic Adventure games have a lot of charm, even if they have aged into feeling more like B-movie camp than the triple-A releases they once were. But for every decent to good 3D outing like Sonic Generations, you have mediocre to terrible efforts like Sonic Unleashed and Sonic Forces.

With Sonic Frontiers, Sega may have finally found a winning formula for a 3D Sonic adventure.

Sonic Frontiers is an open world game (sorry, Sega, I can’t bring myself to call it “open zone”). This might sound like a strange fit, as both Sonic’s 2D and 3D releases before this point feature linear levels, but this new format works. In corridor-like linear stages, Sonic’s speed can often feel like a deterrent. He’s too quick to control with much precision, making platforming feel slippery and imprecise.

Moving Sonic into large, open areas makes gameplay less frustrating. You have some expansive landscapes to run through, and the world has plenty of diversions. At any point, you can run a few seconds to some challenge, obstacle course, enemy encounter or hidden item. You have a map, but a lot of the time I didn’t bother using it. It was more fun to just run around and see what I stumbled across. More often than not, this helped me get the items I needed for progression.

Platforms and obstacles may float somewhat randomly in the air, but they do a great job of connecting the world.Go fast and go collect

Speaking of progression, Sonic Frontiers has that figured out pretty well. Essentially, at each area you’re looking for various items. These include tokens that help you save your friends (who, for reasons I neither need nor want to go into, are stuck in some kind of digital dimension).

You’ll also find gears that you need to unlock gateways to special levels. These play more like the kind of 3D Sonic stages you’d find in something like Sonic Colors, Sonic Generations or Sonic Forces. I’m not the biggest fan of these “boost”-style Sonic stages, but these levels are short (and bug free) enough that they entertain more than they frustrate.

Completing challenges inside these levels gives you keys, which you use to unlock Chaos Emeralds. Get seven Chaos Emeralds, and then you can fi …