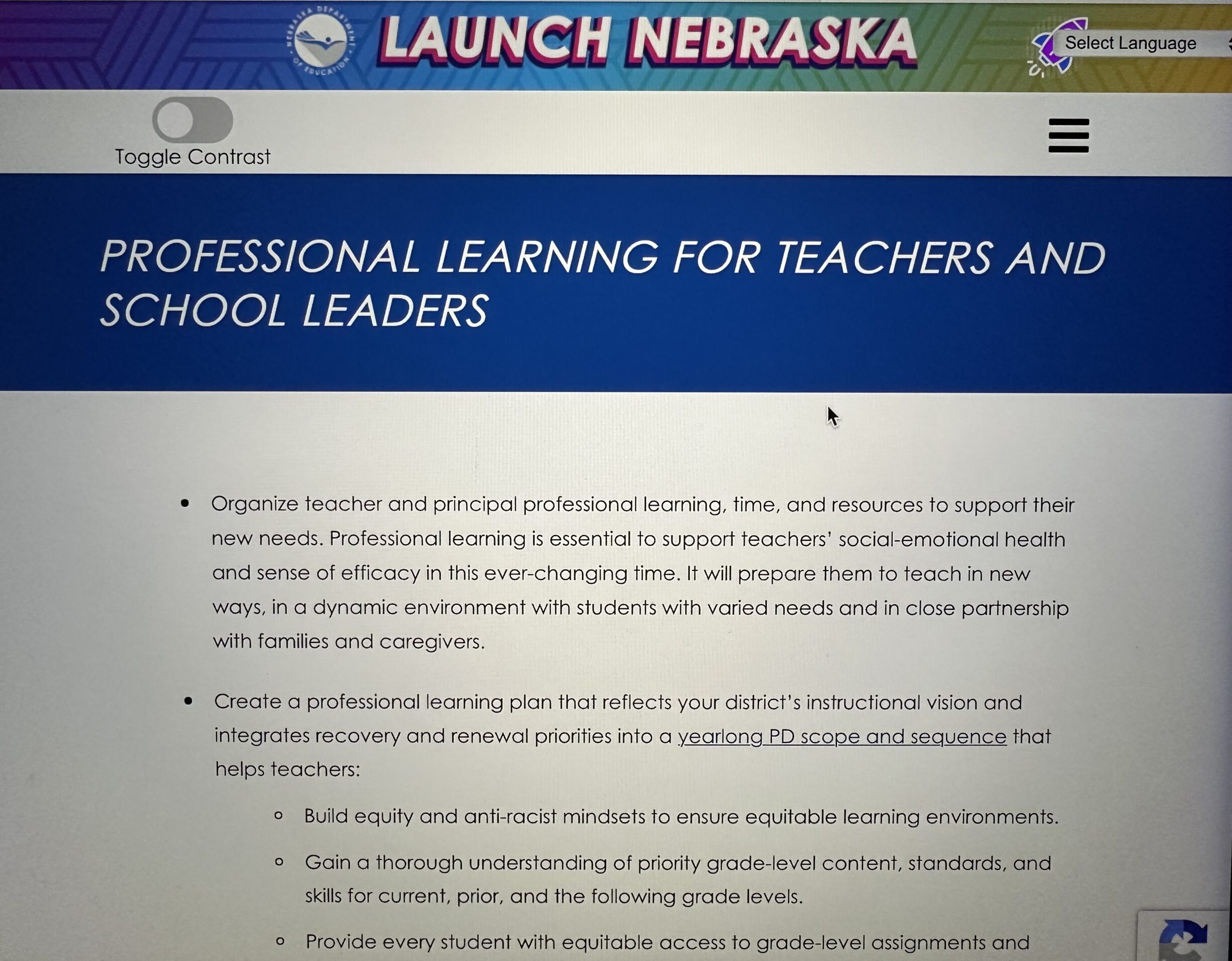 LINCOLN — A state senator who has been critical of the Nebraska Board of Education fired another criticism at the board this week for not allowing public comment at its meeting on Friday.
State Sen. Dave Murman of Glenvil accused the board of playing “politics” with its agenda by denying parents the right to comment prior to the election on Tuesday.
State Sen. Dave Murman, at the podium, called for a legislative investigation of the Nebraska Department of Education last month. He was joined by, from left, Sens. Myron Dorn, Steve Erdman, Steve Halloran and Robert Clements. (Aaron Sanderford/Nebraska Examiner)
David Jespersen, a spokesman for the State Department of Education, said the board is not legally required to allow public comment at every meeting but does so at most of its meetings.He said that comments just prior to an election are often more about politics than state policy.
“Right in front of an Election Day those meetings typically become campaign agendas instead of public comment on actual education issues,” Jespersen said.
Another reason: State Education Commissioner Matt Blomstedt is scheduled to be absent for Friday’s meeting, which begins at 9 a.m. at the Marriott Cornhusker Hotel, 333 S. 13th St., in Lincoln.
Matthew Blomstedt, Nebraska education commissioner (Courtesy of Department of Education)
Blomstedt and the board’s president, Patsy Koch Johns of Lincoln, decide what will and won’t be on meeti …