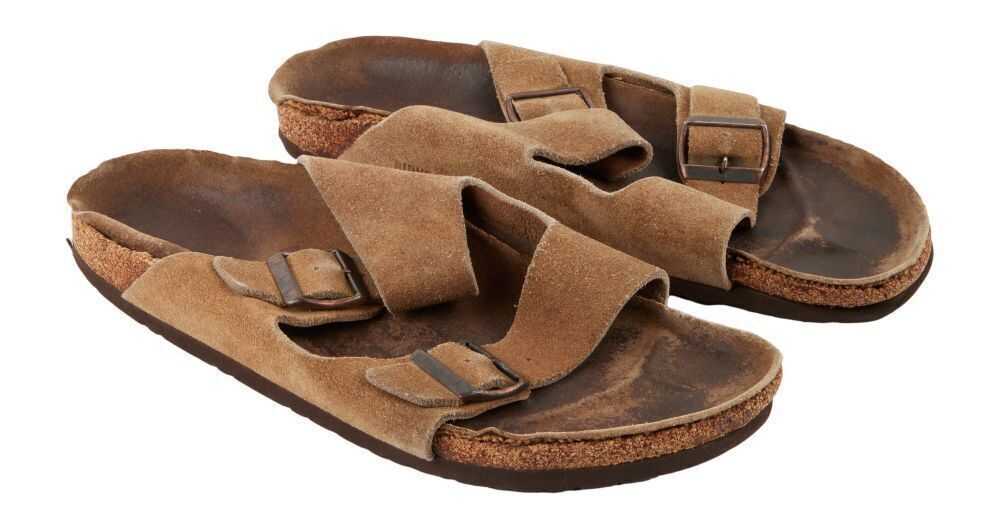 Steve Jobs’ sandals sold for $218,750 at auction. Their present odor is unknown.

Sandals worn by Steve Jobs in the early days of Apple sold for $218,750 at an auction in New York City on Sunday. The brown suede Birkenstock Arizonas were worn by Jobs in the 1970s and 1980s during “many pivotal moments in Apple’s history,” according to the auction house. It’s the highest price ever paid for a pair of sandals at auction, Julien’s Auctions executive director Martin Nolan told NPR, and a record for footwear at the auction house. The sandals came from the collection of Mark Sheff, who managed Jobs’ Albany, Calif., estate in the 1980s. Other items associated with Jobs have been sold at auctions in recent years, sometimes reaching hefty prices — an Apple-1 Computer prototype from the mid-1970s fetched $677,196. The sandals were previously sold for a mere $2,000 at auction in 2016, Nolan said.

The winning bidder did not want their name disclosed, but it was sold in the room at the Hard Rock Cafe in Times Square, according to Nolan. The runner-up bid was from a potential buyer in China. This is far from the most someone has paid for footwear at auction. Nike Air Ships worn by Michael Jordan in 1984 sold for $1.47 million a year ago. Black Nikes worn by Kanye West at the 2008 Grammys sold for $1.8 million last year as well.

The auction also included an NFT of images of the Birkenstocks as part of the sale. But perhaps the most pressing question about the sandals, seeing as the auction house notes that they show “heavy wear”: Do they smell? Nolan only answered that they “do smell … of success.”
…