StreamElements releases State of the Stream for October 2022 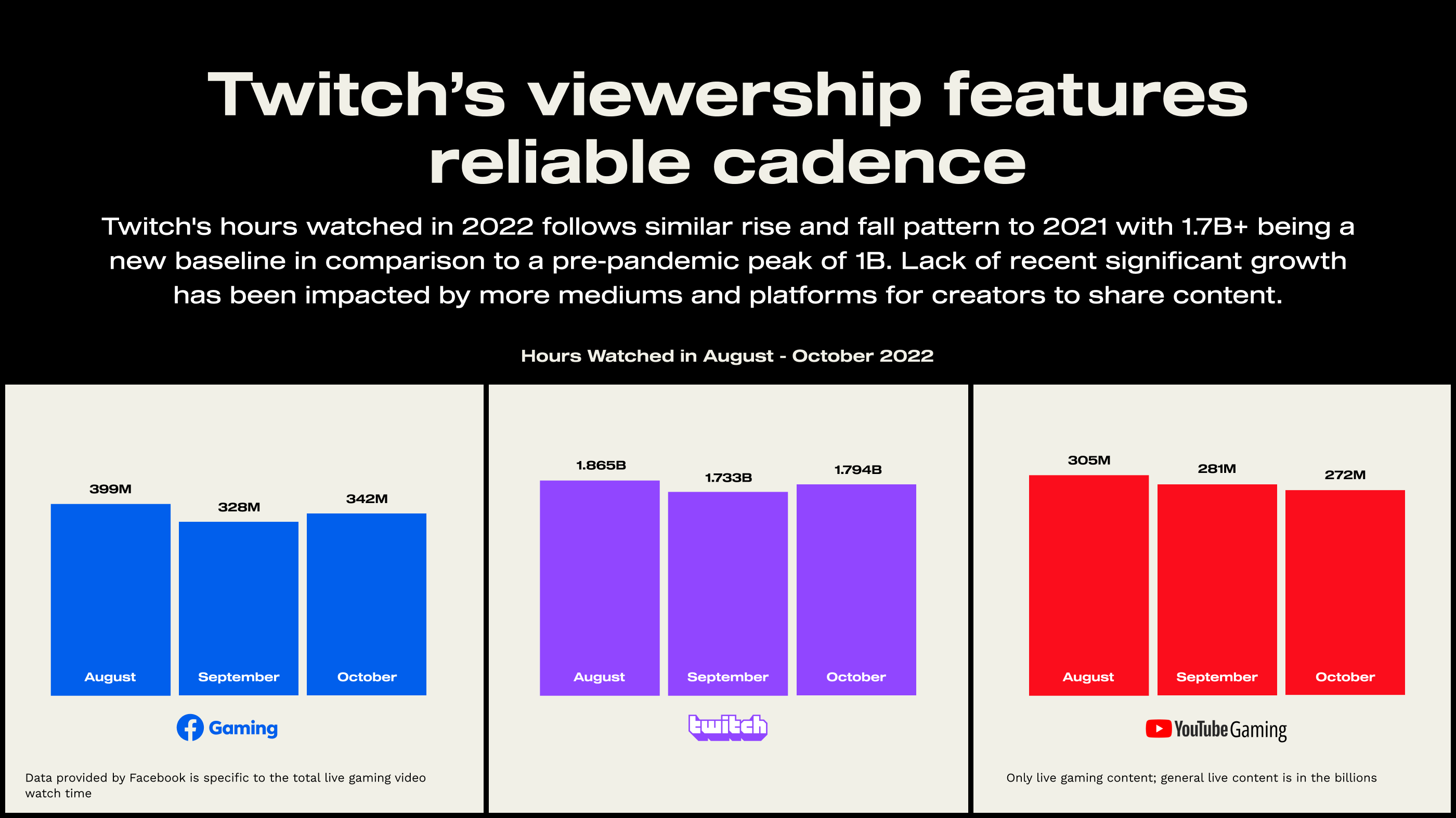 StreamElements has released its October 2022 State of the Stream report. In addition to an overview of the market, StreamElements also covered the month’s top streamers and games.

According to data partner Rainmaker.gg, livestreaming platforms — particularly Twitch — are settling into a new post-pandemic normal.

While monthly hours watched in 2022 follows similar seasonal patterns to 2021, the monthly totals are down year-on-year. For Twitch, the new monthly baseline appears to be about 1.7 billion-plus hours watched. In October 2021, this benchmark was approximately 1.9 billion hours watched per month.

The pandemic was a watershed moment for livestreaming, introducing millions of new viewers to Twitch, YouTube, Facebook Gaming and more. A drop from pandemic era highs are to be expected as restrictions are lifted, but it was unclear just how large this drop off would be.

Gil Hirsch, CEO and cofounder of StreamElements added, “Twitch has reached an interesting point where we have a clear baseline for 2022 that represents a massive audience while growth has simmered beyond it. This is likely less about livestreaming losing momentum and more about creators diversifying where they are creating content, especially as we see their expansion to TikTok and the collective growth of livestreaming.”

StreamElements reports that Gaules was the most watched streamer on Twitch in October 2022. The Brazilian creator co-streamed several esports events for Counter-Strike: Global Offensive — primarily ESL’s IEM Road to Rio. Gaules has become a central hub for Portuguese-speaking viewers, making him a reliable partner for esports event organizers that want to boost overall event viewership.

Similarly, Nix benefited from co-streaming esports. The Russian Dota 2 pro provided his own commentary and perspective on The International, the game’s most important event. Nix streams less consistently than the other streamers listed but TI reliably boosts his viewership.

Finally, StreamElements highlighted the gender disparity in Twitch’s top streamers. Amouranth was the only woman among the top 100 most watched creators on the platform in October 2022. Top female creators, Fuslie and LilyPichu, have left the platform in recent months. Similarly, Pokimane has been streaming fewer hours after a break in August.