Take care with energy use but support will continue, says Sunak – The Guardian 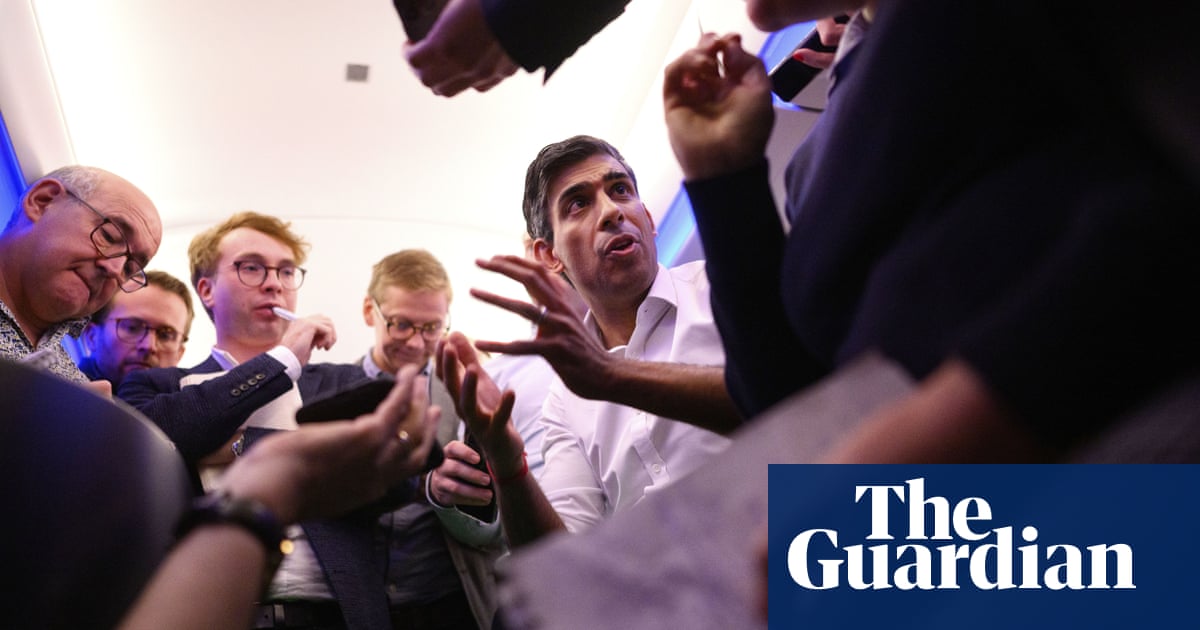 Take care with energy use but support will continue, says SunakPrime minister also urges City to curtail bonuses and says he is keen to reduce reliance on food banks

UK politics live – latest news updates
Rishi Sunak speaks to journalists on his way to the G20 meeting in Indonesia. Photograph: Leon Neal/APRishi Sunak speaks to journalists on his way to the G20 meeting in Indonesia. Photograph: Leon Neal/APRishi Sunak has told households to “be careful” about their energy use to help reduce bills but said the government would continue to support people through a difficult winter.The prime minister, who is attending the G20 summit in Indonesia, said while everyone would “make their own decisions”, using less energy would have the “extra byproduct of increasing our energy security”.The Guardian revealed last week that the Treasury was considering raising the energy cap from its current level of £2,500 from next April, with discussions in progress about whether Jeremy Hunt should make the announcement at Thursday’s autumn statement.During interviews with broadcasters at the G20, Sunak also called for City executives to curtail spiralling bankers’ bonuses by showing more “pay restraint”, and claimed that it was his desire to reduce the number of nurses reliant on food banks.He urged firms not to hand senior managers bumper pay rises to avoid a “wage price spiral”, warning that otherwise the difficulties would last for at least a year.Given the threat of energy bill rises, Sunak told GB News: “I think that people are going to make their own decisions. Ultimately, what’s the thing that people are struggling with most at the moment, it’s high bills, right?“So if there are things that we can do all of us to improve the efficiency with which we use energy, to be careful about it, I’m sure that’s what people are doing everywhere, because that’s also helpful for reducing bills. It has the extra byproduct of increasing our energy security, but my priority is making sure that we support people who need our help with bills over the winter. That’s what we’re doing. That’s what the government will continue to do.”With some NHS trusts having to set up food banks for staff, Sunak was asked if it was his burning desire to reduce their reliance on the emergency support. “I have said previously that it is,” he told ITV News. “I think obviously it’s a tragedy people have to use food banks. No one wants to see food banks in our society.“But while people are using them, I’ve got enormous admiration and gratitude for the people providing them in my constituency and elsewhere as well. But I do of course want to get to a position where no one needs to use a food bank.”With the government braced for widespread strikes across the health service after nurses voted for industrial action for the first time in decades. Sunak described the requested pay rise of 17% as “unaffordable”.Inflation remains “the enemy we have to face down”, the prime minister cautioned.Days before Jeremy Hunt’s autumn statement, when the chancellor is expected to unveil tax rises for all and public spending cuts to fill an estimated £60bn “black hole”, Sunak said bringing down inflation from levels of about 10% was the top priority.“[The statement] will put our public finances on a sustainable trajectory, which will help us grip inflation,” he said. “It will help us limit the increase in mortgage rates and that’s why we need to do what we’re going to do, but that’s very much the conversation we are having at the G20.“That’s an international conversation about that that’s happening here as well too, so we’re not alone in facing this challenge.”Following reports that City bonuses this year are averaging £20,000 – £5,000 more than last year – Sunak said executives should “embrace pay restraint” at a time like this and make sure they are also “looking after all their workers”.He added: “If we do end up in a wage price spiral the people who are going to suffer the most are the people on the lowest incomes, and we’ll still be having this conversation in a year’s time.”Asked whether he had private healthcare, Sunak refused to answer, saying only that it was “not appropriate” to talk “about one’s family’s healthcare”.TopicsEnergy billsHousehold billsG20Consumer affairsRishi SunakAusterityExecutive pay and bonusesnewsReuse this content …