The Game Awards noms: The good, the bad, the WTF | Kaser Focus 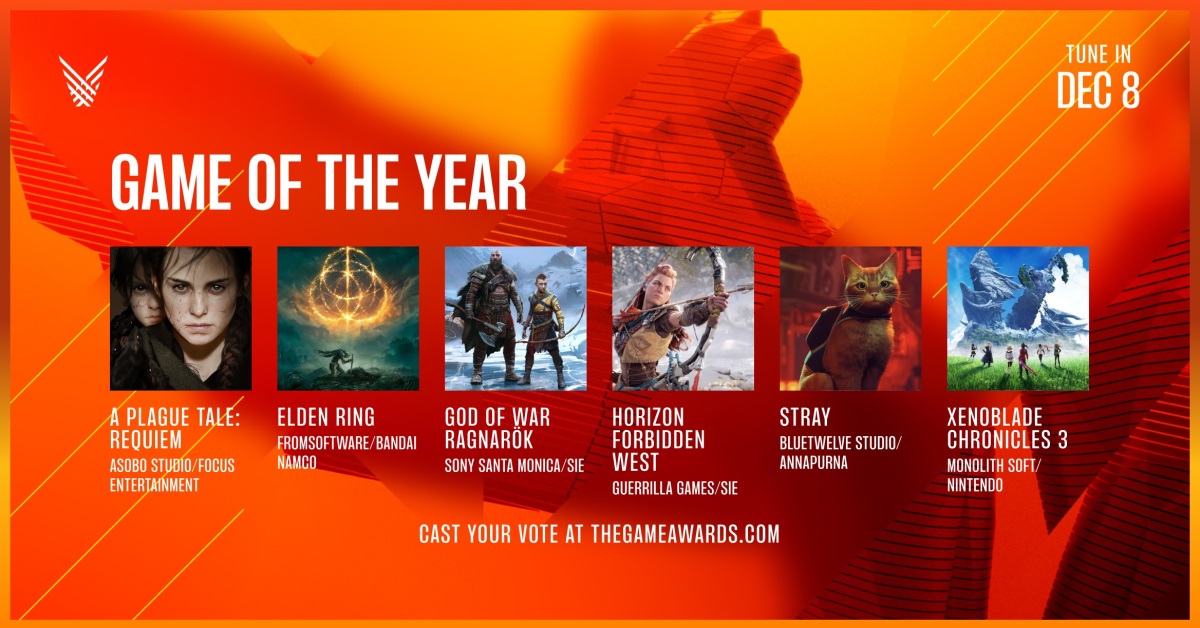 I think 2022 was a good year for games — I’ve had fun, anyway. But you wouldn’t get that impression from the Game of the Year nominations put forth by The Game Awards this year. In 2021, we had It Takes Two, Psychonauts 2, Metroid Dread and Rift Apart among others. This year, it’s basically going to come down to a battle between Elden Ring and God of War Ragnarök. Poor Horizon: Forbidden West is the lone dark horse.

As for the others, I’m not so impressed. As much as I loved Stray — and I did love it; I gave it a 4.5, for kitty’s sake — it’s not GOTY material. It was excellent at what it was trying to be, but it wasn’t trying to be much. I’m more surprised Tunic was left out. I guess the grand question of what gamers are soft for — Soulslikes or cute cats — has finally been answered. Also, the inclusion of Xenoblade Chronicles 3 feels like a weird fluke. As for A Plague Tale: Requiem… I liked it, but it was way too long for my tastes.

Of course, nothing feels as bizarre to me as seeing Half-Mermaid’s Immortality get nominations, including for best direction and narrative. I’m a party of one, apparently, but I despised that game. Ironically, the one category I would have nominated it for (had you put a gun to my head) was best audio design, for which it was not nominated. I’m also not sure why Sifu is nominated for Best Fi …