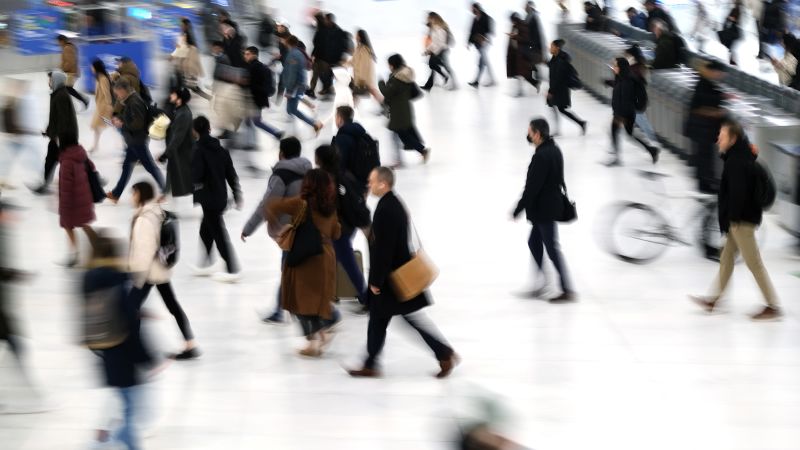 The number of job openings in the United States dropped in October, but the labor market still remains historically tight despite the Federal Reserve’s efforts to cool demand and bring down inflation.

There were 10.3 million available jobs last month, down from nearly 10.7 million in September, according to the latest monthly Job Openings and Labor Turnover Survey (JOLTS) released Wednesday by the Bureau of Labor Statistics.

Economists had expected 10.3 million openings in October, according to consensus estimates on Refinitiv.

“Elevated job openings during a time of an economic slowdown implies that the labor market may remain tight for quite some time,” Jeffrey Roach, chief economist for LPL Financial said in a statement. “Firms could hoard workers even though the economy may go through a recessionary period.”

In October, the number of job openings fell in state and local government, non-durable goods manufacturing and federal government, according to the report.

There were about 1.7 job openings for each job seeker in October, down from 1.9 in September, according to BLS data. Fed officials have been watching this ratio closely, since tightness in the labor market means employees have greater leverage to seek higher wages, which in turn drives up inflation.

“The mismatch of labor supply and demand has been an irritant to the Federal Reserve, which has been striving to vanquish historically high inflation while also hoping to recover lost credibility,” Mark Hamrick, senior economic analyst for Bankrate, said in a statement.

As openings fell, other labor turnover metrics showed some signals that the red-hot employment market is cooling: Quits inched down to 4.03 million from 4.06 million, the number of hires ticked down by about 84,000 to land just above 6 million, and layoffs rose to nearly 1.38 million from 1.33 million the month before.

This year, however, that hiring was pretty much flat.

There does appear to be a slowdown in tech and some interest rate-sensitive industries like housing, but the effects are fairly contained within those industries, she said.

“You’re seeing weakness in Silicon Valley and on Wall Street, but that is still largely offset by strength and resilience on Main Street, where job growth is still being propped up by pandemic recovery,” Pollak told CNN Business.

The JOLTS report lands during a week filled with a bevy of economic data — including the November jobs report on Friday — and a closely watched speech from Fed Chair Jerome Powell on Wednesday ahead of the upcoming central bank policy meeting, where it’s expected he and other Fed officials will likely approve an interest rate increase of half a percentage point.

Earlier Wednesday, ADP’s latest monthly private payrolls report showed that the US private sector added just 127,000 jobs in November, a considerable drop-off from the 239,000 added in October and the 200,000 economists were expecting for November.