The Paris 2024 Olympic mascots are … hats 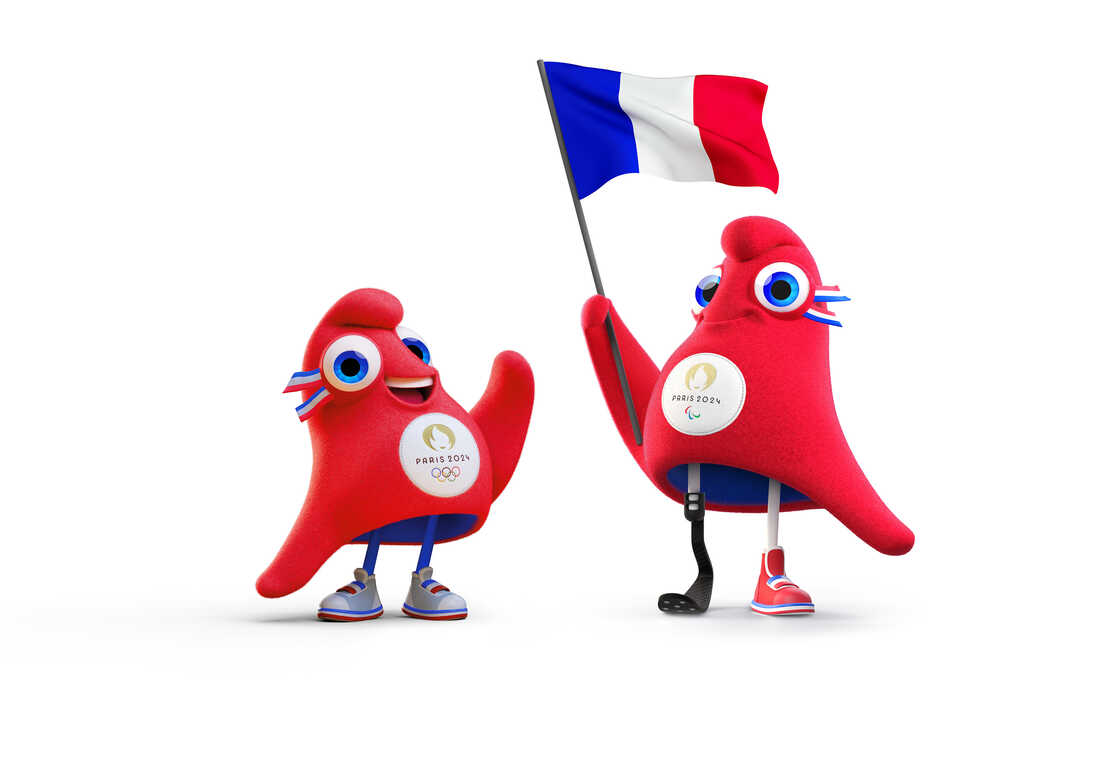 It’s a symbol of revolution and freedom, of striving. And it’s a hat. It’s an icon seen over centuries, from the Notre Dame Cathedral to the Eiffel Tower. And yes, it’s still a hat. More specifically, it’s a Phrygian cap, the red bonnet famously worn by Marianne, the artistic personification of the free French republic. The Paris 2024 Olympics and Paralympics unveiled the hat as their official mascots this week, showing off cartoonish images that are meeting with wide-ranging reactions.

“It’s the French spirit that came to us, this French spirit that makes us a slightly out-of-the-ordinary nation,” explained Paris 2024 Brand Director Julie Matikhine, in a video celebrating the mascots’ unveiling. As happens when a national spirit combines with the Olympic spirit, the mascots are also being packaged into nearly 10,000 types of products, from plush toys to hoodies, electronics and luggage. These mascots are not like the others The mascots are named the Phryges — Olympic Phryge and Paralympic Phryge. And before we get into the responses to them, we should note that the Paris 2024 mascots do something important, even revolutionary: Apart from the Paralympic Phryge having a racing blade where its counterpart has a leg, they are nearly identical.

That’s a wide departure from previous Games, where the Olympic and Paralympic mascots have often had different colors and designs, or were represented by different species altogether. At Rio 2016, for instance, one mascot was a cat-like chimera, while the other was a very cute tree.

For Paris 2024, it’s a way to emphasize that despite differing appearances and events, athletes in the Olympics and Paralympics are just that: athletes. “They’ve been brought together and it’s the same world, the same family,” said Joachim Roncin, who led the mascot design effort. Among the reactions: are these lady parts? It’s not uncommon for Olympic mascots to provoke head-scratching and bemusement. Some of the most successful examples have been safe crowd-pleasers — see Beijing’s recent deployment of the panda, its hard-working ambassador. But when the French conceptualize something, “safe” and “crowd-pleasing” often don’t carry the same weight they might elsewhere. As they sought to express the French spirit, Matikhine said, the Phrygian cap was the “best way that we found to illustrate this, the most distinctive way anyway.”

The Olympic Phryge and the Paralympic Phryge are taking the lead of a tribe which always has its trainers on 👟What could be better than little Phrygian caps to lead the revolution through sport and accompany us to the #Paris2024 Games! pic.twitter.com/hUjFI09zZM— Paris 2024 (@Paris2024) November 14, 2022

Responses to the Paris 2024 video tweet revealing the Phryges ranged from “Olympic Crynge” to questions about whether the coq, the well-known French rooster, was for some reason unavailable. Then there are the comparisons. One commenter said the red caps look like Smurf hats gone amok. And several others said the elongated triangular shape is like a cartoon of female body parts brought to life. The Phryges have backstories Simple though they might appear, these mascots are not under-conceptualized, although Paris organizers seem undecided about their gender, sometimes referring to them as “it” and other times as “she.”
Describing the Olympic Phryge, Matikhine said:

The figure of the French Republic depicted as a dark-haired woman in a red cap, circa 1795. The Phrygian-style cap, or bonnet rouge, was worn by the partisans during the French Revolution and was adopted as a Republican symbol.

“It’s a fine tactician, it’s a mascot who is extremely focused, who thinks everything through before it acts. It analyses the terrain, the situation. It never launches into anything without calculating the risks. It is also very French, with a great charm, and with a sensit …