Three global bands to look out for, courtesy of WOMEX 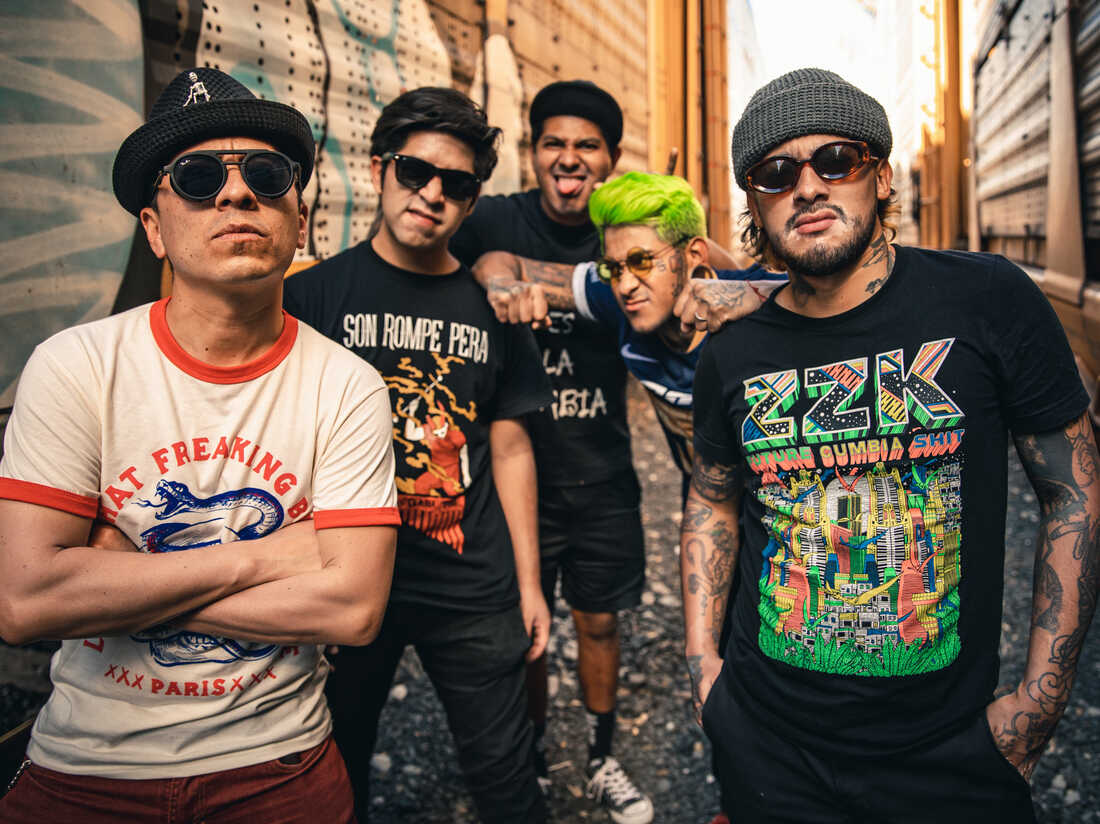 The Mexican band Son Rompe Pera, one of the highlights of the 2022 edition of the WOMEX festival.

Every fall, musicians, artist managers, concert presenters and record labels from all over the world gather somewhere in Europe for a conference and festival called WOMEX. This year’s event took place in Lisbon, Portugal — and here are some top picks for up-and-coming artists who performed showcases at WOMEX 2022. The first thing to know about WOMEX (a.k.a. the Worldwide Music Expo) is that although the organizers do sell some tickets to the public, it’s primarily aimed at music industry professionals as a place to find new talent — and it’s fundamentally a launching ground for global artists. It’s also an especially important resource for the people who book music festivals and performance venues across the United States. For example, the Ukrainian band DakhaBrakha went from WOMEX to booking a Tiny Desk concert and frequent tours across the U.S.

One of the bands to make a stir at WOMEX 2022 was Son Rompe Pera, a band from Mexico City. They’re already slated to play New York’s globalFEST at Lincoln Center in January and to appear at SXSW in March. Son Rompe Pera was founded by a set of three brothers, the Gamas, who wanted to keep their family tradition of marimba alive. As kids, they played alongside their dad at local events. But they also played in punk bands as teenagers. At the group’s live shows, you see and hear both of those sides: their sound is really polished cumbia, but their look and energy is very punk-metal — lots of tattoos and hipster haircuts and jumping around on stage. The WOMEX crowd went wild for them.

That’s an example of a band bringing modern energy to old music. But there’s always something for everyone at WOMEX. Attendees came from 116 countries, with more than 60 musical showcases on tap. That means there’s always something for everyone — from very contemporary performers to musicians who are dedicated to making sure that tradition is observed. One of the latter is a wonderful singer from India named Rina Das Baul. Rina Das Baul is a traditional vocalist who comes from a small village in the Indian state of West Bengal. She is part of a spiritual community, the Bauls, whose adherents are wandering mystics who sing praises to God. She sings accompanying herself on a one-stringed instrument and a drum attached to her hip — and her voice is pure and full of sunshine.

Another standout was a band from Mali called Al Bilali Soudan. Lots of people have gotten to know and love Tuareg music of the Sahara — the so-called “desert blues” — thanks to artists like the band Tinariwen and the guitarist and singer Bombino, among …