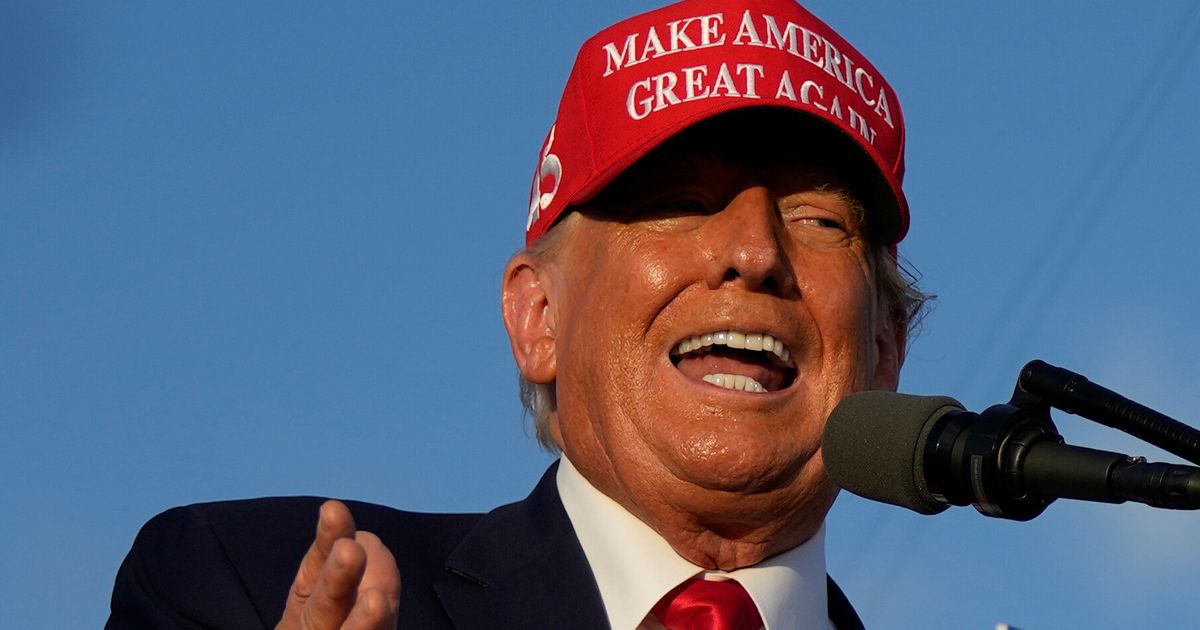 Several right-wingers were furious that Donald Trump came up with a mocking nickname for Florida GOP Gov. Ron DeSantis just days before the midterm elections and his own race for reelection.The harsh digs against the former president apparently got to Trump, who called out a single pitch for DeSantis at a rally Sunday in Miami — to which the Florida governor was pointedly not invited.“The people of Florida are going to reelect the wonderful, great friend of mine, Marco Rubio, to the U.S. Senate,” said Trump (who has long denigrated the senator as “Little Marco”). “And you’re going to reelect Ron DeSantis as your governor.”AdvertisementTrump ripped “Ron DeSanctimonious” at a rally in Pennsylvania the previous day and touted astonishing poll numbers putting him an unbelievable 60 points ahead of DeSantis should the men decide to run against one another for the Republican presidential nomination. (Trump did not provide a source for the figures.)Trump was clearly focused on his own future, and apparently didn’t give much thought about DeSantis’ election battle Tuesday (which he’s expected to win easily).But right-wing infighting is not a good look right now, complained critics.“What an idiot,” Rod Dreher, senior editor at The American Conservative, piped up on Twitter after Trump’s attack on a fellow right-winger, warning that alienating DeSantis supporters is not a savvy strategy.What an idiot. DeSantis is a far more effective leader of the Right than Trump was, if, that is, you expect a leader to get a lot done, rather than just talking about it and owning the libs. https://t.co/HNIFFGx6mT— Rod Dreher (@roddreher) November 6, 2022

Also, nice job launching your public attack against the most popular conservative governor in America three days before the midterms when we’re all supposed to be showing a united front— Matt Walsh (@MattWalshBlog) November 6, 2022

Trump’s former Secretary of State Mike Pompeo — who could also be a candidate for the Republican presidential nomination — spoke up for DeSantis, though he didn’t have the nerve to call out Trump.Trump has clearly been nervous about facing DeSantis in a GOP presidential race for a while. His surrogate and long-time political operative, Roger Stone, has been trying to ward off the Florida governor for months.Stone is the one who apparently cooked up the new nickname. Just last month, he warned “Ron DeSanctimonious” in a post on Telegram that it would be “treachery” if he ran against Trump for the GOP presidential nomination. Stone called DeSantis an “ingrate,” who he claimed owes his position to Trump’s support.AdvertisementA year ago, Stone warned DeSantis that he would attempt to spoil the governor’s reelection by running against him unless DeSantis “pledged” not to run for president. DeSantis didn’t pledge, and Stone didn’t run. …