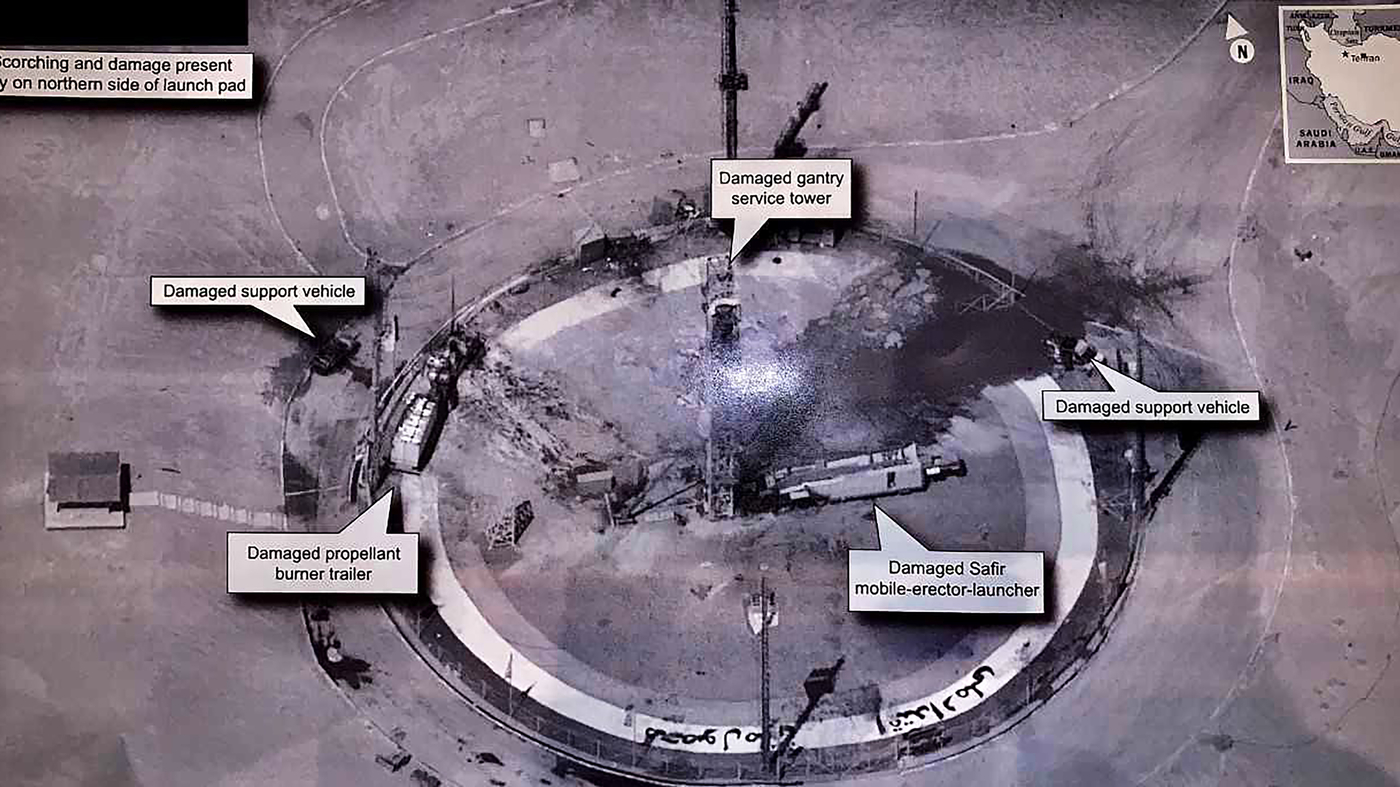 The National Geospatial-Intelligence Agency has officially declassified an image first tweeted by President Trump in 2019.

Three years ago, Donald Trump tweeted an image that left intelligence experts gobsmacked. The picture was of a rocket that had exploded on a launch pad deep inside of Iran. It was so crisp, that some initially thought it may not have been taken by a satellite. “This picture is so exquisite, and you see so much detail,” says Jeffrey Lewis, who studies satellite imagery at the Middlebury Institute of International Studies at Monterey. “At first, I thought it must have been taken by a drone or something.” But aerospace experts quickly determined it was photographed using one of America’s most prized intelligence assets: a classified spacecraft called USA 224 that is widely believed to be a multibillion-dollar KH-11 reconnaissance satellite.

Now, three years after Trump’s tweet, the National Geospatial-Intelligence Agency (NGA) has formally declassified the original image. The declassification, which came as the result of a Freedom of Information Act request by NPR, followed a grueling Pentagon-wide review to determine whether the image could be shared with the public.

Many details on the original image remain redacted – a clear sign that Trump was sharing some of the U.S. government’s most prized spy images on social media, says Steven Aftergood, specialist in secrecy and classification at the Federation of American Scientists. “He was getting literally a bird’s eye view of some of the most sensitive US intelligence on Iran,” he says. “And the first thing he seemed to want to do was to blurt it out over Twitter.” The revelation comes just days after Trump announced his bid to run for president in 2024. It also follows the FBI’s seizure in August of 33 boxes filled with over one hundred classified records, stored at Trump’s Mar-a-Lago resort in Florida. Some of those documents were reportedly related to Iran, according to the Washington Post. The NGA, which produced the image Trump used in his 2019 tweet, is the government’s clearing house for much of its intelligence. The agency collects images from drones, spy planes and satellites and turns them into information that can be used by decision-makers.

It’s not uncommon for those people to want to declassify what they see, says Robert Cardillo, who served as director of the NGA from 2014 to 2019. Often, he says, he would suggest that the government release a lower-resolution image from a commercial satellite instead. “That was done from time-to-time as a way to protect that source, but then also get the information out,” Cardillo says. He says he cannot ever recall seeing the authorized release of an image such as the one tweeted by President Trump.
According to reports, Trump first saw the image as part of a daily intelligence briefing on the morning after the Iranian launch failure. In the most complete account of what happened next, published last year by Yahoo! News, President Trump asked to keep a copy of the photo, which was from a KH-11 series satellite. An hour later, he sent it out to more than 60 million followers on Twitter. NPR has not independently verified that reporting, but what is clear is that the image in the tweet was a photograph of a sheet of physical paper, Lewis says. Visible at the center of Trump’s tweet is the shine of overhead lights or a flash, and a shadow, possibly from Trump or an aid, photographing the image with a camera.

The image tweeted by President Trump shows a bright light at the center, most likely an overhead light or the flash of a cell phone camera used to photograph the original slide.

A portion of the text tweeted by the president also used the exact wording of the then-classified caption to the image, indicating his tweet was based on the NGA briefing document released to NPR. After he tweeted the image, Trump said that he did nothing wrong. “We had a photo and I released it, which I have the absolute right to do,” he told reporters at the time. The president has ultimate authority over what material is classified, and Aftergood says that he was probably within his legal rights to publicize the image. Cardillo, who now works as a senior executive for the commercial satellite company Planet, says that imagery is no longer as secret as it once was. The proliferation of commercial imaging satellites means that the public now has regular access to overhead views that are comparable, if not quite as good, as U.S. government satellites. Over his career, he saw the levels of classification for spy satellite images loosen up. “Because there is so much commercial imagery out there, I feel like there’s less sensitivity,” he says. But this image was still classified, and Lewis says that seeing it released probably stung for the intelligence agencies involved. “The entire US intelligence community is incredibly averse to letting this information out,” Lewis says. “The idea that the president would just scream ‘YOLO!’, photograph it and tweet it–is really hard to take.”
[embedded content]

Cardillo says he is certain that other countries have used Trump’s tweeted image to learn more about what U.S. spy satellites can do. If, for example, Putin had tweeted a photo from a Russian satellite, he says that the U.S. would have assembled a task force to learn everything they could from the image. In the case of Trump’s tweet: “my assumption is that Russia would have done the same thing and Iran would have done the same thing,” he says. Aftergood says the latest release “confirms a kind of recklessness on the part of former President Trump and also a disrespect for the rather astonishing intelligence that he was receiving.” For Lewis, the incident is telling about Trump’s abilities to handle classified documents as he heads into the 2024 presidential race. “I wouldn’t tell this man any information that I wanted to remain private,” Lewis says. “The idea that he could again have access to classified inform …