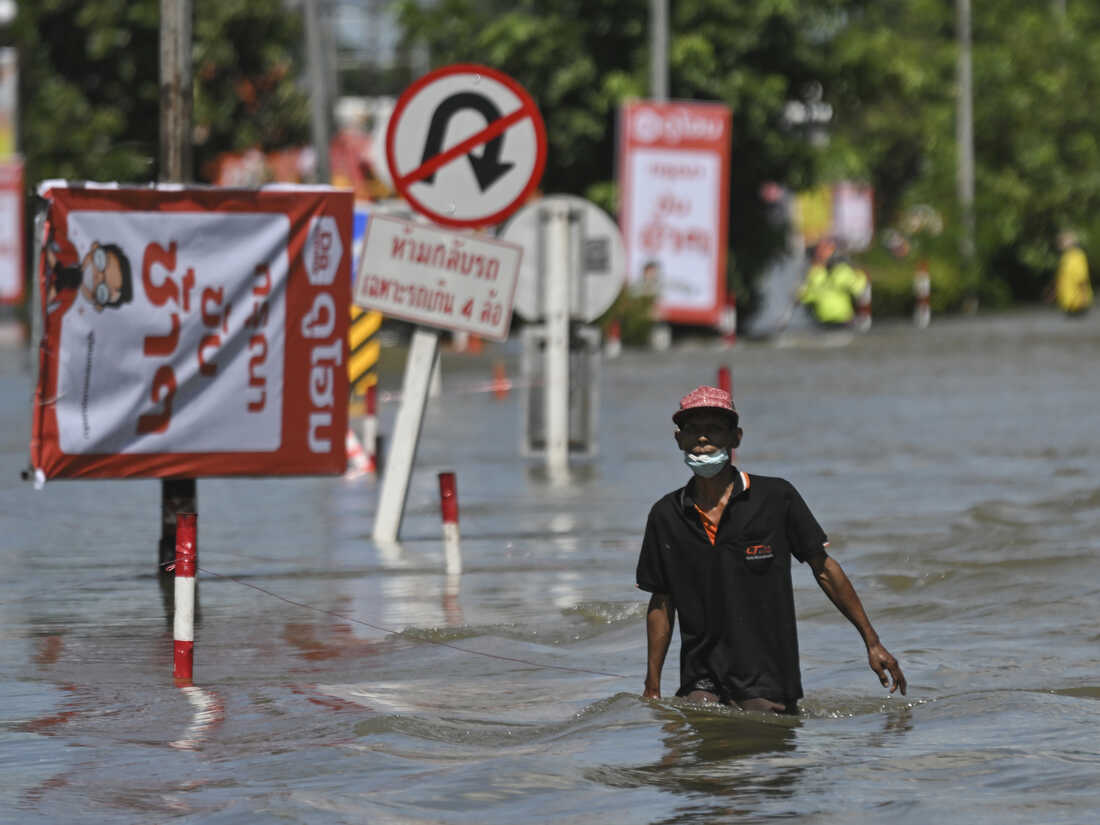 Heavy rain caused floods in northeastern Thailand in October 2022. Millions of people around the world would benefit from more timely and accurate warnings about climate-driven extreme weather such as floods and heat waves. A new United Nations initiative plans to spend $3.1 billion on such early warning systems.

The United Nations announced a plan Monday to ensure people in developing countries can be warned ahead of time when there’s a risk of climate-related hazards like extreme storms and floods. The Early Warnings for All initiative is part of a broader effort to help low-income countries adapt to the impacts of climate change. About half the world isn’t covered by multi-hazard early warning systems, which collect data about disaster risk, monitor and forecast hazardous weather, and send out emergency alerts, according to the U.N. Coverage is worst in developing countries, which have been hit hardest by the effects of global warming. “Vulnerable communities in climate hotspots are being blindsided by cascading climate disasters without any means of prior alert,” U.N. Secretary-General António Guterres said Monday in prepared remarks at COP27, the annual global climate conference that’s being held this year in Egypt. “People in Africa, South Asia, South and Central America, and the inhabitants of small island states are 15 times more likely to die from climate disasters,” Guterres said. “These disasters displace three times more people than war. And the situation is getting worse.”

The new initiative builds on past efforts by the World Meteorological Organization (WMO) and weather forecasting agencies in the United States, Europe, Japan and Australia that have funded weather radar upgrades and meteorologist training in places with less robust national weather forecasting. That includes a multi-year project to upgrade flash-flood warnings in more than 50 countries. Some past projects have floundered because of inadequate money and technical support to repair and maintain weather radar, computers and other equipment – something the WMO says it hopes to avoid with the new initiative. The U.N. plan calls for an initial investment of $3.1 billion over the next five years to set up early-warning systems in places that don’t already have them, beginning with the poorest and most vulnerable countries and regions. The U.N. didn’t say which specific countries are at the top of that list. More money will be needed to maintain the warning systems longer-term, a WMO spokesperson said in an email. “Early warnings save lives and provide vast economic benefits. Just 24 [hours’] notice of an impending hazardous event can cut the ensuing damage by 30 per cent,” Petteri Taalas, secretary-general of the WMO, said in a news release. The U.N.’s Green Climate Fund and Climate Risk and Early Warning Systems initiative are working together to help provide money for the initial phase of the plan.
The warning systems will be run by national government agencies, with support from “other agencies and partners/operators, including from the private sector, based on national policies,” the WMO spokesperson said. Brad Smith, Microsoft’s vice chair, spoke at the announcement in Egypt. “We have the [artificial intelligence] and data tools today,” Smith said in prepared remarks, according to a news release. “Let’s put them to work to predict and warn of the next crisis.”
…