What are ’emissions?’ What is ‘net zero?’ Here are the climate change terms you should know – CNN 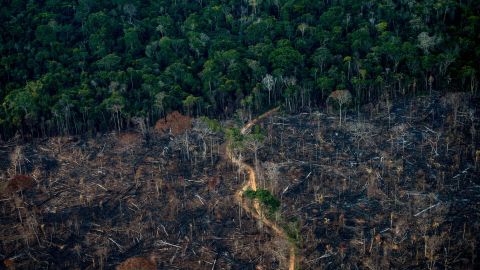 Editor’s Note: This glossary has been adapted from a version originally published in October 2021.

The whole world seems to be talking about the climate crisis, thanks to months of wild weather and new science showing that we need to act quicker than we previously thought to avoid the worst consequences.

As global leaders meet in the Egyptian resort city of Sharm el-Sheikh for annual climate talks, they’ll be using a lot of technical lingo. But the terminology isn’t particularly helpful and can be daunting.

Even the name of the summit – COP27 – sounds more like a bad police drama than a climate event. (First pointer: COP is short for Conference of the Parties to the UN Convention on Climate Change. It convenes global leaders, scientists and negotiators on climate, and usually takes place annually. The “27” means this will be the 27th meeting.)

Here are other terms to know to keep up with the talks, understand what’s at stake and, most importantly, sound smart around the dinner table.

A key goal of recent COPs, and of the fight against climate change in general, is “keeping 1.5 alive,” which refers to a target to keep global warming below 1.5 degrees Celsius over pre-industrial levels. It’s a target that some fossil fuel-producing countries have resisted, and scientists have warned of significantly worse impacts if this threshold is breached.

The countries that signed the Paris Agreement in 2015 agreed to limit the increase in global temperatures to well below 2 degrees above pre-industrial levels, but preferably to 1.5 degrees.

However, a UN report released in October found that current pledges and plans to reduce emissions will not get us anywhere close to staying under this threshold. The latest global pledges, including some made in the past year since COP26, will reduce planet-warming emissions in 2030 by about 5% – but a 45% reduction is what’s needed to keep global warming below 1.5 degrees.

Under current climate policies, the report said that the world will reach 2. …