Women are locked out of leadership in the metaverse | McKinsey 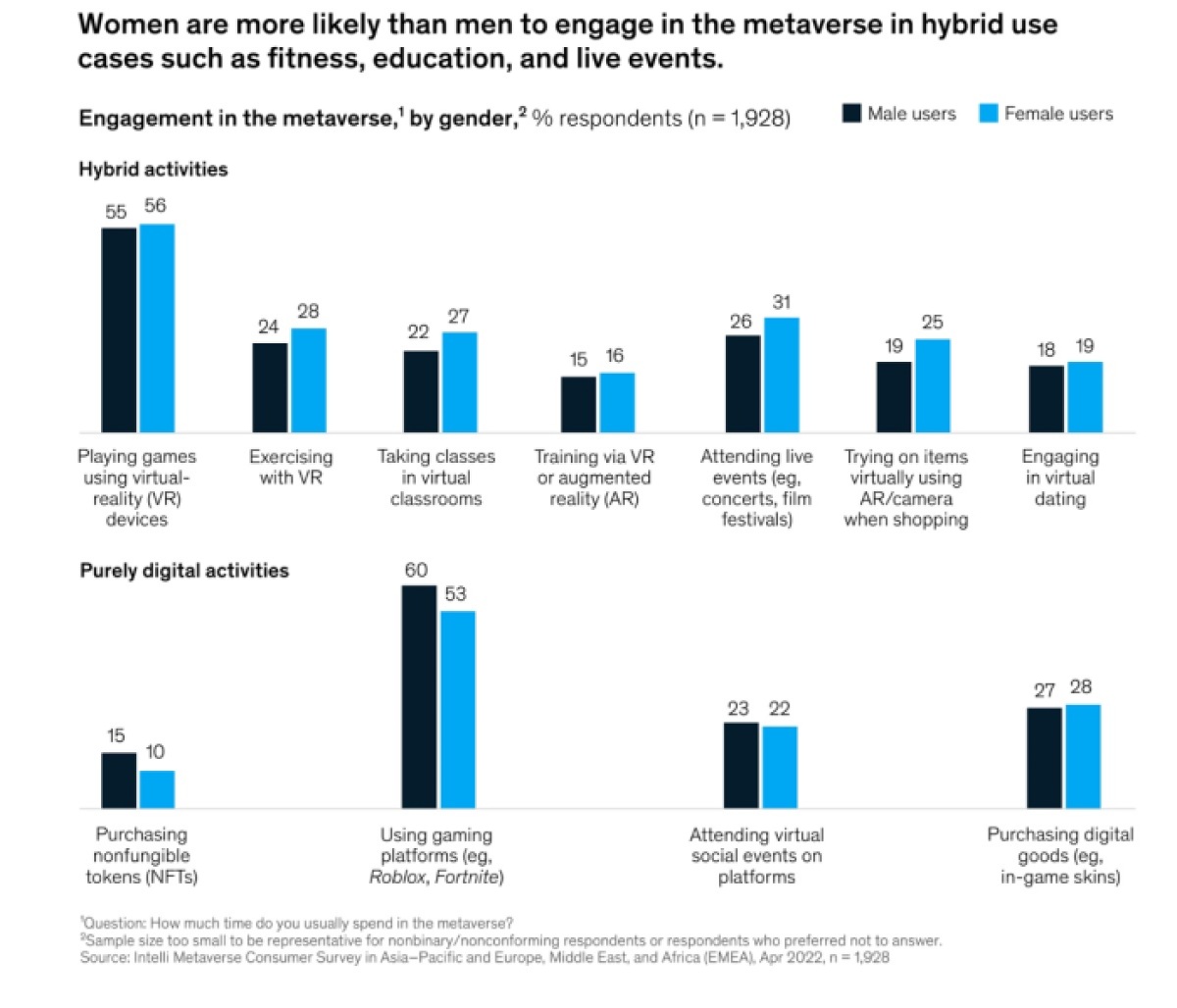 In the nascent metaverse, women are locked out of leadership roles, according to a new report by consulting firm McKinsey & Co.

The firm said it saw five early indicators about women in the metaverse that reveal gender inequality — especially in the leadership creating and setting metaverse standards. McKinsey estimates the metaverse will have a $5 trillion value by 2030.

Of course, many experts believe that the metaverse — a 3D-animated real-time internet that is synchronous and massively scalable — isn’t here yet. But the firm is referring to metaverse-like applications. The report was authored by McKinsey’s Mina Alaghband and Lareina Yee.

“The metaverse is still in its early days. Even its definition remains fluid and is likely to continueevolving. But the consensus view, at least today, is that the metaverse is the next iteration of theinternet, wherein the internet becomes something that people immerse themselves in more deeply rather than something they simply view: an evolution from 2-D to 3-D across a range of interfaces, including augmented reality (AR) and virtual reality (VR),” McKinsey said. “As with other transformative technologies such as the cloud and AI whose evolutions have spanned decades, the metaverse’s early consumers and leaders — including investors and CEOs — will shape its future.”

What role will women play?

Women are more active in the metaverse.McKinsey said it set out to better understand how gender dynamics are playing out in the early-stage metaverse by examining a range of data, including those collected for McKinsey’s own June 2022 report on value creation in the metaverse.

“We found an already di …