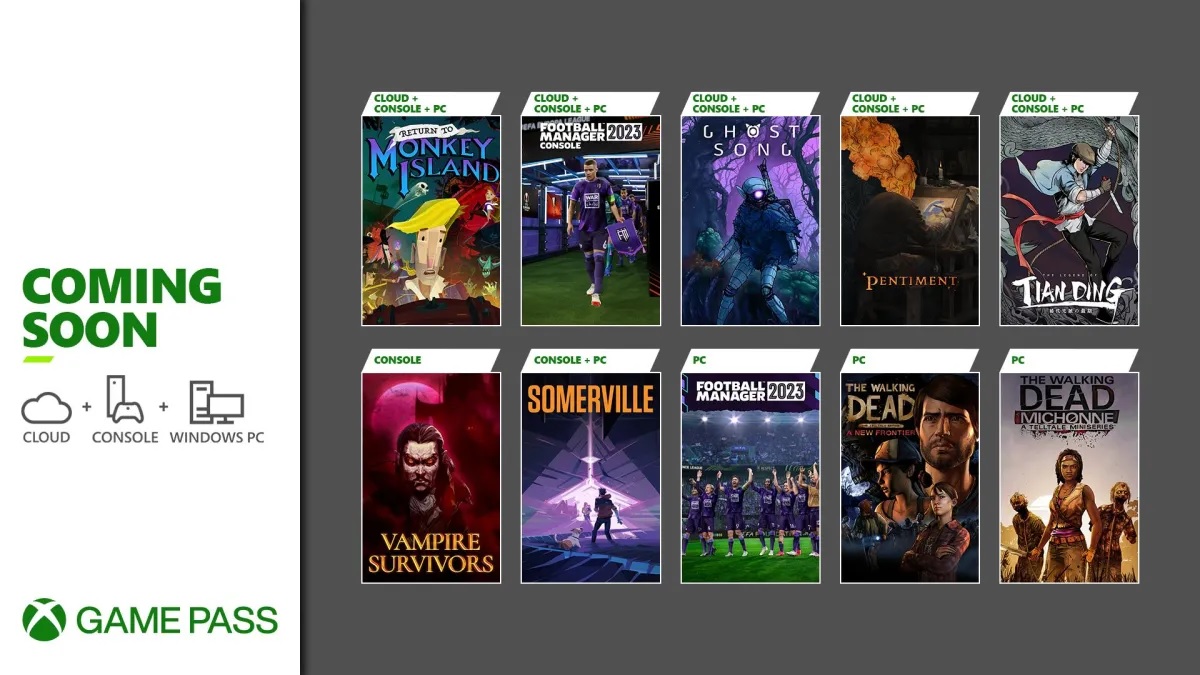 Adventure games are the genre of choice this month, as Game Pass adds several of these throughout the next two weeks. The aforementioned Pentiment one of the most interesting, being an historical adventure set in 16th century Bavaria. It launches on November 15. Another addition is Return to Monkey Island, Ron Gilbert’s follow-up on the iconic adventure series, which joins on November 8. Even today, Xbox adds two additional seasons of Telltale’s Walking Dead Season: A New Frontier and Michonne.

Unusually, Game Pass’s bimonthly sacrifice is divided into two parts. Football Manager 2022, both PC and Xbox edition, leave the service on November 8, the same day the 2023 version of the game joins. The other games — Art of Rally, Fae Tactics, Next Space Rebel, One Step from Eden and Supraland — leave the platform on November 15. In addition, Xbox also announced its November Games with Gold. The first of the …