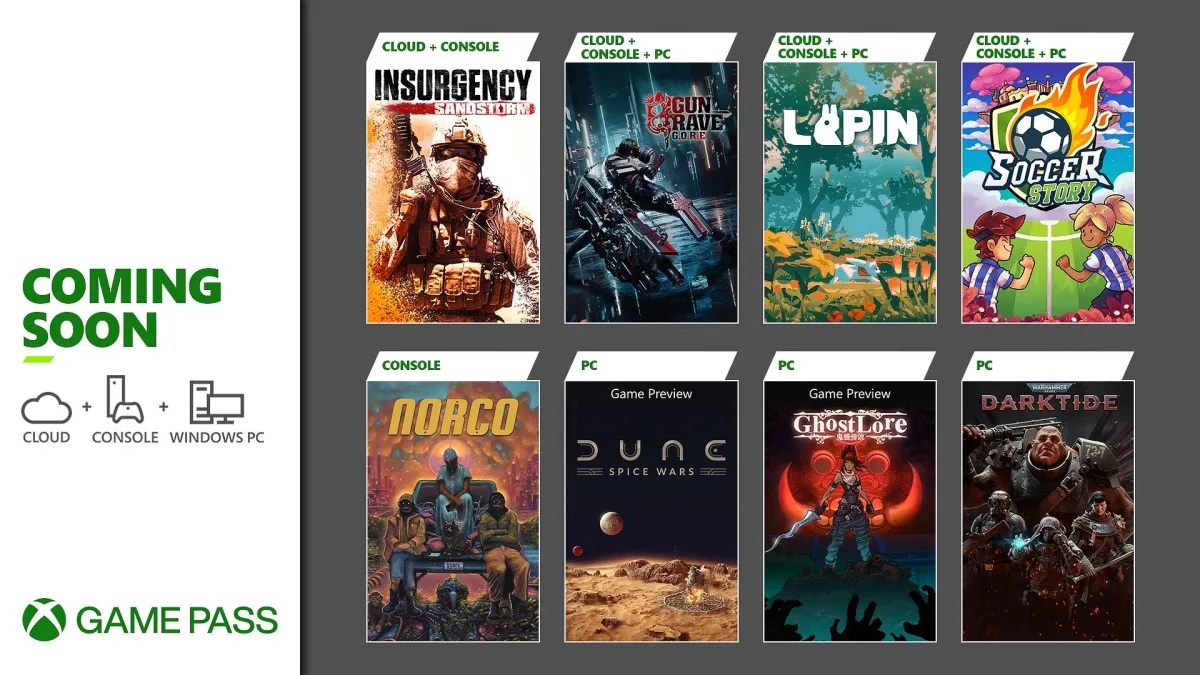 Xbox announced today the second wave of games coming to Game Pass in November and one of the last few additions before the end of the year. The new arrivals are a bit more sparse in the next two weeks, but we will still see some launch-day titles including Soccer Story and Warhammer 40,000: Darktide.